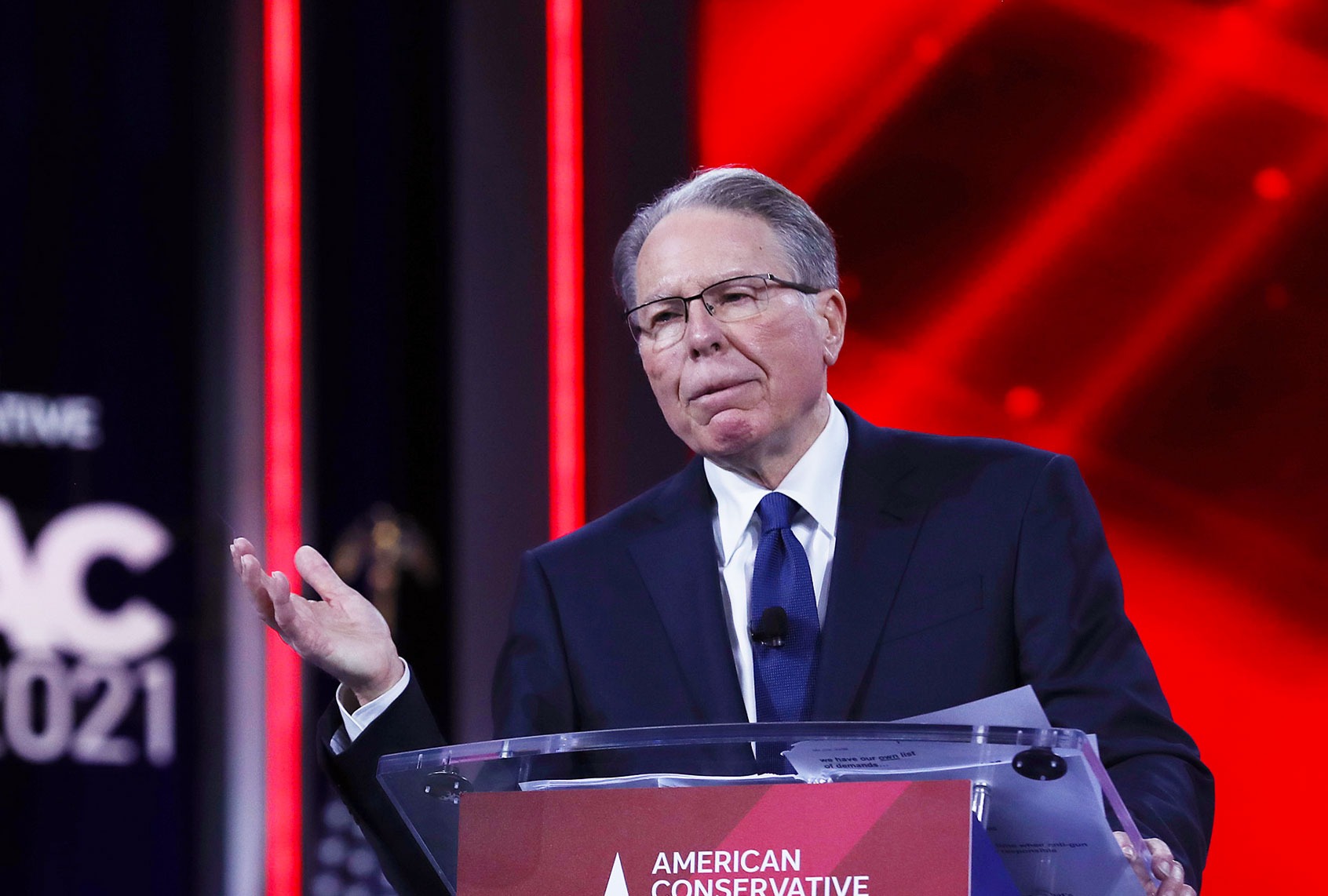 The National Rifle Association bragged that it helped block a ban on AR-15s and high-capacity magazines in Boulder, Colorado, just days before a gunman reportedly armed with the assault-style rifle killed 10 people at a Boulder grocery store.

Boulder police said that 10 people, including of their officers, were killed at a King Soopers grocery store on Monday. A wounded suspect who was taken into custody has not yet been publicly identified. A law enforcement source told CNN that the weapon used in the shooting was an AR-15-style rifle.

Hours after the shooting, the NRA tweeted a defense of the Second Amendment.

The organization bragged about its role in blocking the city’s ban on AR-15s just six days before the shooting.

“A Colorado judge gave law-abiding gun owners something to celebrate,” the NRA tweeted on March 16. “In an [NRA Institute for Legislative Action]-supported case, he ruled that the city of Boulder’s ban on commonly-owned rifles (AR-15s) and 10+ round mags was preempted by state law and STRUCK THEM DOWN.”

The Boulder City Council in 2018 unanimously passed a ban on assault weapons and high-capacity magazines after the Marjory Stoneman Douglas school shooting in Parkland, Florida, according to the Denver Post, though it created a permit system to allow people who already owned such weapons to legally keep them. Two Boulder residents and gun-rights groups filed a lawsuit arguing that the ordinance violated a 2003 state law barring local governments from enacting any laws or rules that prohibit the “sale, purchase or possession of a firearm that a person may lawfully sell, purchase or possess under state or federal law.”

Boulder County District Court Judge Andrew Hartman struck down the law earlier this month, ruling that the “provisions are invalid” under the state law. The ruling may still be appealed to the state Supreme Court but a city spokesperson told the Post that the Boulder Police Department would not enforce the ordinance unless there is a court ruling overturning the judge’s decision.

The NRA’s lobbying arm touted the ruling as “very thoroughly and thoughtfully written,” arguing that will “make it even harder to overturn” if the city appeals.

Dawn Reinfeld, the co-founder of the gun violence prevention group Blue Rising, told The Washington Post that the “appalling” timing of the decision was hard to ignore.

“We tried to protect our city,” she said. “It’s so tragic to see the legislation struck down, and days later, to have our city experience exactly what we were trying to prevent.”

The Boulder shooting is the seventh mass shooting in as many days, CNN reported. Last week, a 21-year-old man was charged after a shooting rampage at three Atlanta-area spas that killed eight people, including six Asian women. The shooting raised questions about the suspect’s motivation after he denied that race was a factor in the killings and sparked debate over the ease with which he was able to purchase a gun on the day of the attack.

The Boulder shooting has renewed a debate over AR-15s, which became illegal under a 1994 federal assault weapons ban that expired without renewal in 2004. The AR-15 has become the “weapon of choice for mass shooters” after AR-15-style rifles were used in about a quarter of the deadliest 115 mass shootings since 1999, accounting for 40% of all deaths and 69% of all injuries from such attacks, according to Axios.  Medical experts have pointed out that the rounds in an AR-15 are far more damaging than even regular handguns. When equipped with high-capacity magazines, they can also quickly fire far more rounds at a time.

Freshman Rep. Lauren Boebert, R-Colo., who has gained notoriety for staging interviews with rifles in the background, also drew criticism after she repeatedly defended AR-15 ownership. Boebert, who vowed to bring her gun to the U.S. Capitol, on Monday said her “prayers are with shoppers, employees, first responders & others affected by the shooting in Boulder.”

“May God be with us as we make sense of this senseless violence, and may we unify and not divide during this time,” Boebert tweeted, just weeks after releasing an attack ad against House Speaker Nancy Pelosi, D-Calif., that ended with a gunshot sound.

“A week ago, the NRA celebrated an overturned ban on assault weapons in Colorado. Today, a man opened fire on civilians at a King Sooper’s in Boulder. And this congresswoman is trying to make sense of how this happened?!?” reporter Christina Radish tweeted in response. “Does she know how hollow that is?”

Rep. Joe Neguse, D-Colo., whose Boulder district includes the shooting site, said in a statement on Monday that “while there is still a lot we do not yet know, one thing is very clear — tragic incidents of gun violence have plagued our country for far too long.”

The shooting came a day before the Senate Judiciary Committee held a hearing on gun violence Tuesday. Democrats renewed calls for Congress to act ahead of the testimony.

“This Senate must and will move forward on legislation to help stop the epidemic of gun violence,” said Senate Majority Leader Chuck Schumer, D-N.Y.

Sen. Richard Blumenthal, D-Conn., said he was editing his opening statement for the hearing when he looked up and saw news of Monday’s shooting.

“How many more lives must be lost,” he questioned on Twitter, “before we enact the gun violence prevention our country so desperately needs?”