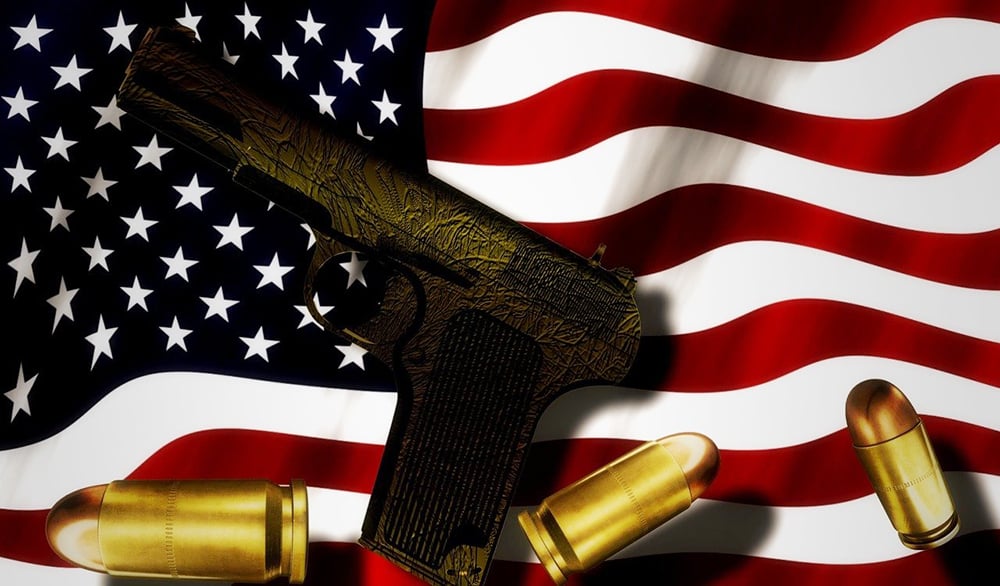 (RNS) — The gun carnage in this country — seen just in the last few days in the spa shootings in the Atlanta area and a mass shooting at the King Soopers grocery store in Colorado — is not only a horrific social problem, it is also a theological problem, even a theological crisis.

The theological crisis is that white Christian nationalists, in particular, are led to believe that the “right to bear arms was bestowed upon Americans by God,” as Wayne LaPierre of the National Rifle Association said after the mass shooting at Marjory Stoneman Douglas High School in Parkland, Florida, on Feb. 14, 2018.

God did not give Americans guns.

The gun manufacturers did. Gun lobbies promoted them and a Supreme Court misinterpreted the Second Amendment in 1990, deciding that Americans had “an unfettered individual right to a gun,” as Michael Waldman, author of “The Second Amendment: A Biography,” put it.

God did not do that.

To say otherwise is heresy — that is, to strongly depart from the Christian faith. Unless we address this heresy directly, I believe the United States will continue to have more public mass shootings than anywhere in the world. We will not even get a chance to enact the widespread gun reform legislation we so desperately need.

Studies show that Christian nationalist beliefs — that is, the merging of right-wing religious and civil ideologies — are the single greatest indicator of opposition to gun legislation reform.

RELATED: This month, give up mixing faith with political terrorism

President Joe Biden has called for the Senate to pass two background-check bills already approved by the House and for Congress to reenact an assault-weapons ban. These are proven policy changes that will save many lives.

We will not get those policy changes at all, or they will be so watered down they will be useless, unless we literally convert Christian nationalists away from their perverted, heretical view of God and guns.

In order to do this, Christians who know that to say God gives Americans guns is heresy need to be strengthened in their resolve to make this a theological struggle. I do not think it is too strong to say that it is a theological fight to the death, in fact.

Worship practices are a way to strengthen our resolve. I believe it is central, in fact.

RELATED: Colorado shooting suspect had worried about being targeted for his Muslim faith

I have been working on this issue of gun violence for a very long time, and several years ago I wrote a paraphrase of Isaiah 58, imagining God and God’s prophets rejecting the “thoughts and prayers” response to mass shootings and actually making the needed changes.

Versions of this liturgy are now used in Christian churches and I am suggesting more and more that we take the fight directly to the religious mat: Do not let people get away with saying God gave the United States guns.

I believe God despises the “thoughts and prayers” of those who peddle guns for profit and whose heresy is responsible for so much suffering and death.

Below is my paraphrase of Isaiah 58 that addresses this heresy:

“Is such the worship that I choose a day to make it easier to sell guns?

Is it to bow down the head in prayer,

And then call for prayers for gun victims?

Will you call these prayers,

a day acceptable to the Lord?

Is not this the prayers that I choose:

to free the nation from the yoke of the NRA,

to undo the fraudulent interpretation of the Second

to let those in the grip of fear of guns be freed,

and to overturn the gun lobbies?”

It is not just mass shootings we need to be concerned about. Guns harm our society every day, from the man who holds a loaded gun to a woman’s head to “teach her a lesson,” to the child who finds an unsecured, loaded gun, to the person in crisis who knows there is a gun in the house.

This stinks to high heaven and we need to say so.

(The Rev. Susan Brooks Thistlethwaite is president emerita and professor emerita of Chicago Theological Seminary. She is a theologian and a fiction writer. The views expressed in this commentary do not necessarily reflect those of Religion News Service.)