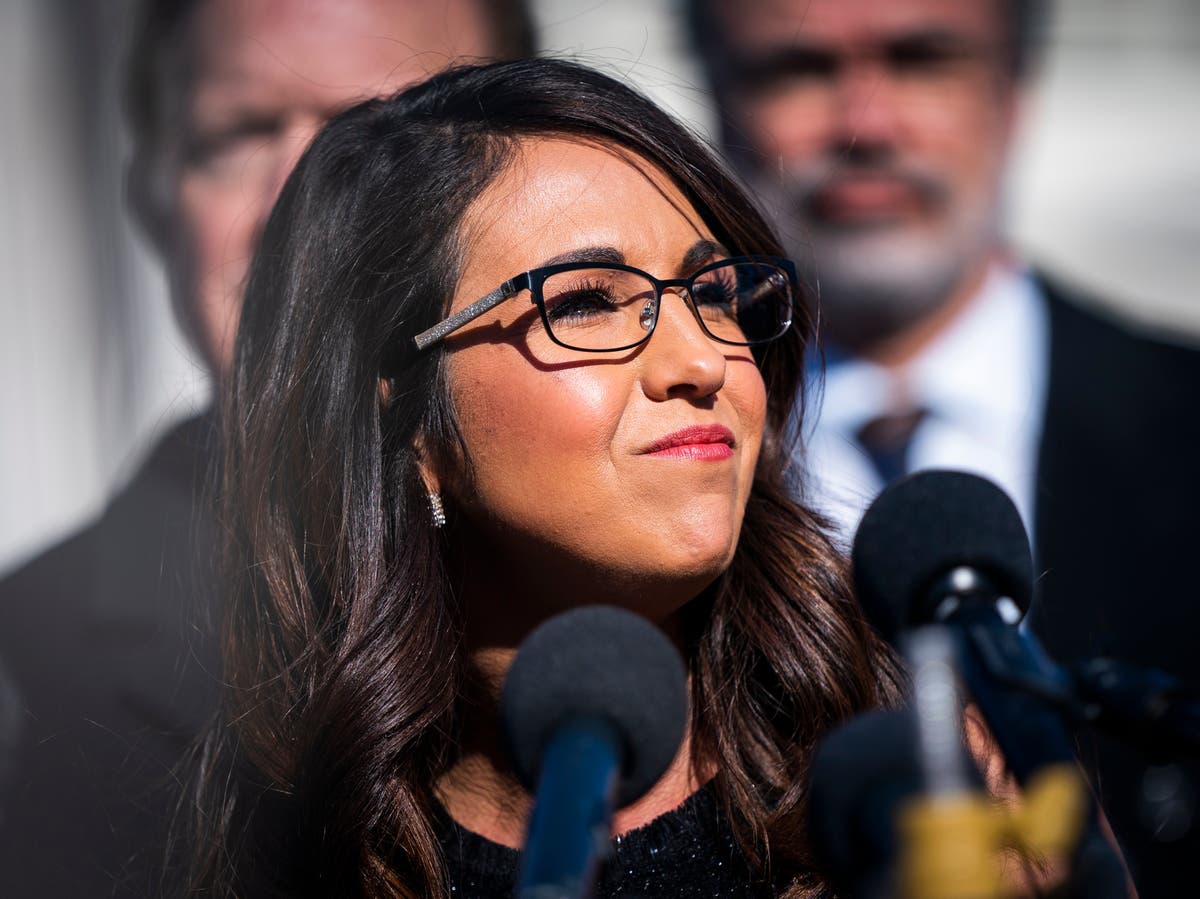 Colorado’s Republican representative Lauren Boebert has suggested in an interview that hammers are more dangerous than assault weapons in America, despite removing an array of guns from her interview background in the wake of the Boulder mass shooting.

Ms Boebert asserted during her interview on Newsmax TV’s National Report that what she called Colorado’s “strict gun laws… have failed us.”

She said: “If hammers are the cause of more deaths than firearms, then maybe we need to start having background checks on hammers.”

After the shooting at a supermarket in Boulder killed 10 people, Ms Boebert argued for less, not more, controls on firearms. “We have just about everything that Democrats are wanting to push nationally” when it comes to stricter gun laws, Ms Boebert said, adding that “unfortunately these do not work.”

Earlier in the week, when the Boulder shooting took place, Ms Boebert had said that “there are no gun laws” that could have stopped the attack, despite a judge lifting an assault weapons ban in the area just days before the shooting took place. In a tweet, she had said: “There are no gun laws that would’ve stopped Ahmad Alissa from killing ten Americans in cold blood.”

The suspect, Ahmad Al Aliwi Alissa, had bought an AR-556 semi-automatic weapon which, critics say, could have been covered by the ban on assault weapons and large-capacity magazines that was lifted on 16 March.

On 17 March, the local branch of the National Rifle Association had welcomed this move as a “legal win”.

Ms Boebert, on National Report, said that in America more deaths are caused by hammers than guns. “Are we going to legislate that away? Are we going to be like these other countries who even ban knives?” she said.

In January, Ms Boebert was elected to Congress and she has since been a vocal critic of US president Joe Biden. Reports said that she has also been a massive gun rights activist “having made gun rights a frequent theme of her campaigning.”

On Tuesday, Ms Boebert sent out an email encouraging supporters to say “hell no” to gun control. Her email had said that “radical liberals in Washington, led by Speaker Nancy Pelosi and with President Biden’s blessing and support are trying to violate your due process and criminalize the private transfer of firearms.” The email further said: “Please help me stand up to the radical gun-grabbing left.”

Ms Boebert had been in news earlier in March as well after she released a video attacking Ms Pelosi which featured a gunshot sound. She has also pledged to carry a gun around Congress. In the video, Ms Boebert said, “Madam Speaker, tear down this wall,” a statement which was followed by gunshot sounds.

Ms Boebert attracted attention last month when she appeared at a virtual House committee meeting in front of a large display of rifles. She subsequently became the butt of many jokes online after saying she had hidden the rifles so “Biden can’t get them”, adding the detail that they were simply now “upstairs”.

Cornyn touts ‘conservative wins’ in gun deal in pitch to fellow Senate Republicans
Winners and Losers of the Week in Florida politics — Week of 6.19.22
OPINION | LETTERS TO THE EDITOR: On raising age for gun | Teach social justice
Dan Rodricks: More guns coming to Maryland streets near you
How the Senator from Sandy Hook beat the NRA by caving to the GOP