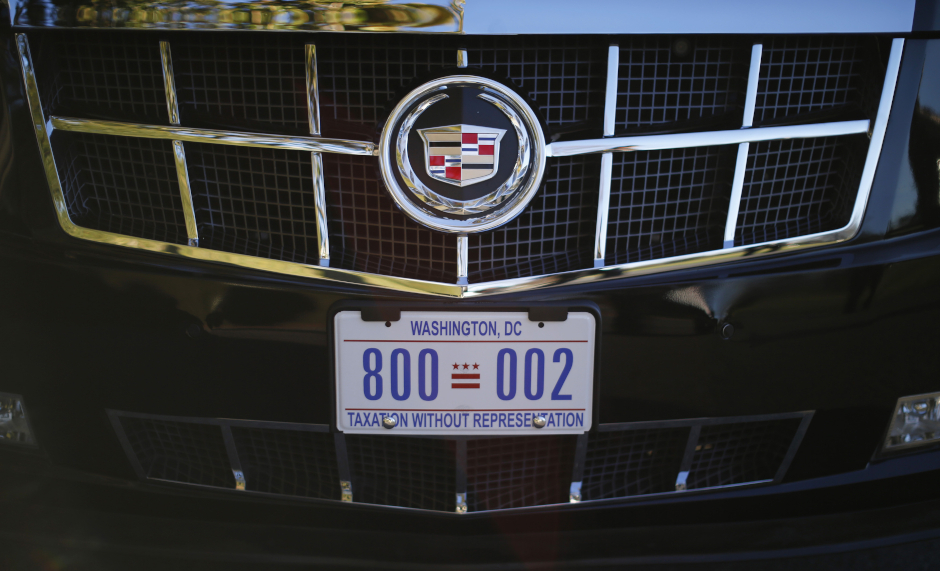 Hello and welcome to this week’s D.C. Memo. Spring has sprung in the District, and I’m enjoying the first cherry blossom blooms despite my allergies’ best efforts to bring me down. Today in the memo: D.C. statehood, gun control, and Minnesota’s connection to a new vaccine passport idea.

Remember the old phrase, “no taxation without representation?” A version of that slogan, minus the “no,” has appeared on D.C. license plates for years as residents of the District have never had full representation at the federal level. With a new administration in power and Democrats in control of Congress, D.C. statehood advocates speaking at a hearing on a voting rights bill Monday.

Supporters see making D.C. the 51st state as a racial justice and civil rights issue for an area of the country with a large minority population. Forty-six percent of D.C. residents are Black, according to U.S. Census data, and lack full representation in Congress.

This debate is not new to the District — for years, activists and D.C. residents have fought to win statehood for a city with a bigger population than Wyoming and Vermont. Republicans have opposed the effort for years, arguing that D.C. — a city that voted about 92% in favor of President Joe Biden in the 2020 election — would give Democrats more power in the House and two guaranteed seats in the Senate.

Sen. Amy Klobuchar, chair of the Senate Committee on Rules and Administration, is under pressure from statehood advocate groups to add D.C. statehood to the new voting rights bill called the For The People Act. Klobuchar, who faced a bombardment of criticism from the GOP in a Rules Committee hearing yesterday, has refused to deal with the statehood conundrum in a bill that already faces difficulty in the Senate. Last June, though, she said in a Tweet that “D.C. should be a state.”

Where does the Minnesota delegation stand on gun reform?

Another mass shooting occurred in Boulder, Colorado this week, resulting in the deaths of 10 people. This combined with last week’s mass shooting in Atlanta, where eight people died, has spurred conversations among lawmakers about how to prevent more tragedy from occurring. Some of Minnesota’s delegation has issued statements or otherwise talked about curbing gun violence.

Two background check bills have passed in the House this month, with Minnesota representatives voting along party lines: Dems voted “yes” to reform while Republicans voted “no.” Here’s more breakdown of where the Minnesota delegation stands:

The American Rescue Plan Act dedicates around $32 billion in targeted funding for tribal governments, 11 of which are located inside Minnesota.

Passport to travel…or to discrimination?

Minnesota’s own Mayo Clinic is part of a new coalition of tech and health care companies that is testing a “vaccine passport,” a smartphone app that would allow someone to certify that they’ve been vaccinated against COVID-19. So far, this idea is aimed at travelers who may be required by their airline or destination to prove their vaccination status.

The “vaccine passport” concept is not altogether new: Several countries have historically required certain vaccinations prior to traveling there, and the World Health Organization has a “yellow card” which is an internationally recognized certificate of vaccination.

Mayo Clinic has, along with Microsoft and other tech and health care companies, formed the Vaccination Credential Initiative in an effort to develop their own app.

The concept of a vaccine certification or passport presents its own legal and ethical barriers. The COVID-19 vaccine has generally been less available to areas of lower socioeconomic status, and most states have differing requirements and back-to-work guidelines regarding vaccination status. Republicans in several states have introduced legislation that would ban discrimination based on vaccination status for enrollment in schools or employment.

It’s still unclear as to whether the Mayo Clinic’s home state will get any preference or early trials of the passport program or app.

Spring has sprung in the District

In my totally unbiased journalistic opinion, D.C. is the best place to be in the springtime. And this week, the Capital Weather Gang, a fondly nicknamed weather group from the Washington Post, announced that winter is officially over in D.C.

For many District residents, this means taking advantage of temperate weather before we return to “The Swamp,” an unbearably hot and humid summer. For me, that means lots of bike rides around the monuments and, of course, my own personal cherry blossom tour by the Tidal Basin. Those famous scenes of the Washington Monument and the tidal basin filled with pink flowers often shown off in photos are even more glorious in person.

That’s it from me this week. Thanks for reading. And as always, if you have questions, complaints, or spring activity recommendations for me, please feel free to email me at ahackett@minnpost.com or reach me on Twitter.