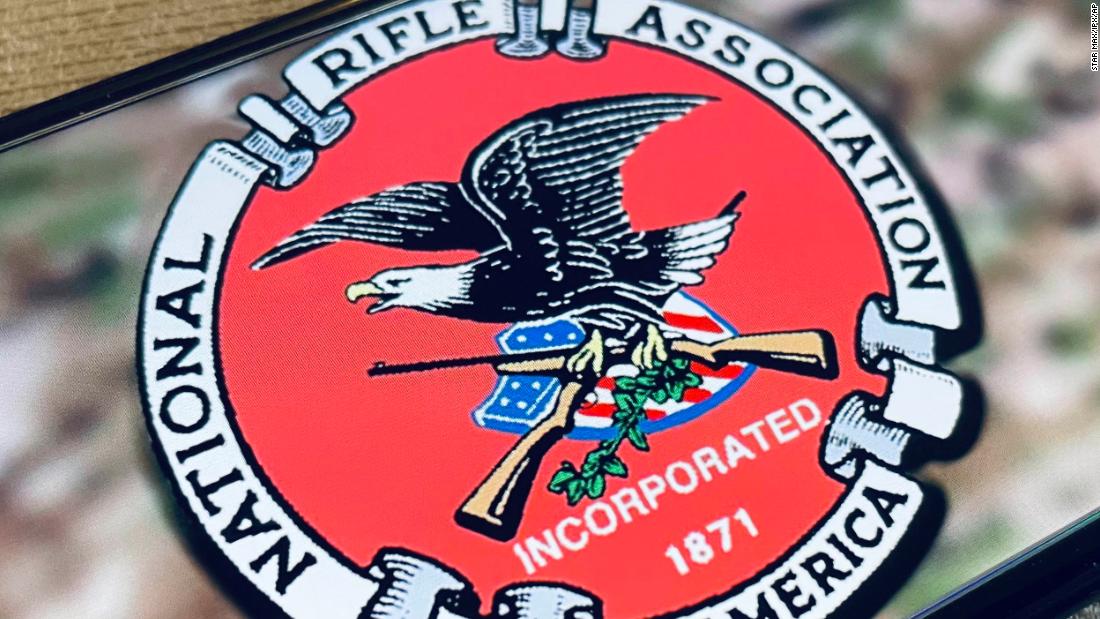 Once a powerful group respected or feared on both sides of the aisle, financial and legal problems in recent years have hobbled the NRA’s ability to shape the political conversation around gun ownership and the Second Amendment.

Neither the NRA nor its public face, executive vice president Wayne LaPierre, have made policy statements about the deadly shootings in Georgia and Colorado, beyond citing a “longstanding rule to wait for all the facts” before making such statements.

And even while the possibility of passing the latest batch of gun-control bills remains remote — with a closely divided Senate and while the filibuster rule remains in place — the NRA is no longer the dominant voice against reforms it once was. Both Republican and Democratic aides have told CNN the NRA has not been much of a factor on Capitol Hill in recent months. Just this week, no one from the organization appeared at the Senate Judiciary Committee hearing on new bills passed by the House expanding background checks for private gun purchases — unlike in January 2013 when LaPierre appeared at a hearing a month after the Newtown, Connecticut, shootings.

Some gun-control advocates sense an opportunity with what they see as a more favorable political climate and a weakened NRA.

Still, a spokeswoman for the NRA, Amy Hunter, disputes that the organization is on a weaker footing.

“As we have for decades, the NRA is leading the fight for gun rights on Capitol Hill, across all 50 state legislatures and in local governments across America. We will work to educate lawmakers on the Second Amendment and help them to make the best decisions for Americans and for our members. The NRA is strong and in good financial shape. Any suggestion to the contrary is wishful thinking on the part of our detractors,” Hunter said.

There’s also an active lawsuit brought by Democratic New York attorney general Letitia James that seeks to dissolve the organization. The suit accuses NRA senior leadership of violating laws governing non-profit groups and using millions from the organization’s reserves for personal use and tax fraud. Despite this, allies say reports of the NRA’s death are greatly exaggerated.

“I think it’s been a painful period of time for them, but my sense is they’re coming through it,” said Matt Schlapp, the chairman of the American Conservative Union and organizer of the Conservative Political Action Conference, where LaPierre spoke from the main stage last month.

But the money suggests a different story. The NRA’s recent woes — the organization filed for bankruptcy in January following a protracted leadership fight that saw the departure of its longtime chief lobbyist — have coincided with a decline in its political spending in the past two years.

The NRA spent $29 million during the 2020 election cycle, more than half of what it spent just four years earlier, according to the Center for Responsive Politics. The NRA also spent half as much on federal lobbying in the final two years of the Trump administration as it did during the first two years.

GOP strategists say they don’t expect the NRA will play so large an role in the 2022 midterm elections as it had in the past, such as when it spent more than $27 million in 2014 to help Republicans win the majority in the Senate.

Still, it’s not clear this smaller role in campaigns will immediately affect the policy debate, given the even partisan split in Congress and the procedural roadblocks requiring broad-based support for gun-related legislation to pass.

“The NRA’s power, real and perceived, has always been a function of its standing as an avatar for one of the most vocal and engaged constituencies in all of politics,” said Liam Donovan, a Republican strategist. “A diminished interest group may mean fewer millions being funneled into elections and advocacy campaigns, but it won’t fundamentally alter the political proposition surrounding gun control policy.”

A legacy of opposition

The NRA’s setbacks of late obscure its impact within American politics and the debate over guns. Mostly nonpartisan for its first 100 years and during that time supportive of some gun control measures, the NRA began to lobby against federal firearm restrictions in the 1970s. It found allies among political conservatives, primarily within the Republican Party.

The NRA has had a largely successful record in Washington. The group’s most high-profile defeat came when Congress passed the assault weapons ban in 1994. But since then, it has successfully helped block every major legislative effort to restrict gun ownership on the federal level, from killing the renewal of the assault weapons ban in 2004 to marshalling opposition to more moderate efforts, like the 2013 Manchin-Toomey background-check expansion.

Through the power of their letter-grade ratings of lawmakers, the NRA was able to brand politicians and, through its political action arm, endorse and support like-minded candidates. This has helped keep Republicans in Congress and, to a lesser extent in recent years, Democrats from rural states and districts in line.

All that means there’s little appetite among Republicans to find a compromise on gun legislation. The GOP has largely adopted the NRA’s positions and messaging, said Brian Lemek, executive director of Brady PAC.

“They are weakened, sure, but a lot of those folks didn’t need the NRA to be vocal on guns,” said Lemek.

Even if the NRA is institutionally hindered now, its strength endures within the GOP, whose leaders remain almost wholly aligned with the group’s positions. House Minority Leader Kevin McCarthy gave voice to this in a statement blasting House Democrats’ two recent bills to expand background checks to private sales and close the so-called “Charleston loophole” that allows some transfer of guns to purchasers before completion of required background checks. Both bills received just a handful of Republican votes each.

“Republicans unequivocally reject these misguided bills, and will always follow the Constitution so that the right to keep and bear arms, the cornerstone of our freedom, is not infringed,” McCarthy said.

There’s been plenty of optimism from gun-control advocates about what the NRA’s troubles mean for their agenda. Even so, some activists are skeptical that the disarray in the organization means a Democratic Congress can pass gun-control proposals easily, even with a Democrat in the White House.

“We are already hearing from lawmakers in the Senate that they won’t pass the House bill,” said Lemek. “Just that hands up, we aren’t going to do it has caused a lot of concern for us in the movement.”

When asked if the fallout from these shootings will be any different to past tragedies, Lemek offered a deep sigh.

Part of that skepticism comes from the persistence of the Senate’s filibuster rule, which effectively requires a 60-vote threshold for voting on most legislation. But near-universal Republican opposition is another enduring hurdle — and it may be the NRA’s most lasting legacy.

The partisanship on guns is also reflected in the Democratic Party, which has moved to the left on guns as its coalition has moved into the country’s suburbs. Several House Democrats who helped win the majority in 2018 ran explicitly on gun control in suburban districts, including in Georgia and Colorado, the sites of the latest mass shootings.

But Democrats are limited by their own numbers in the Senate, including Sen. Joe Manchin of West Virginia, who has already said he opposes the background check expansion passed by the House. A centrist from a rural state with a high rate of gun ownership, Manchin is in a powerful position to determine what could pass in the evenly-divided Senate.

“The most reasonable, responsible gun piece of legislation called Gun Sense which is basically saying that commercial transactions should be … background checked,” Manchin told reporters Tuesday, explaining his opposition to expanding such checks to private purchases between people who know each other.

In that, he is a vestige of a time when Democrats actively courted NRA voters. Manchin ran an ad in his first Senate campaign in 2010 that features him shooting a rifle at a climate-change bill endorsed by the Obama administration while noting his endorsement by the NRA’s political arm. The NRA also endorsed Manchin when he ran for a full term two years later.

In a 2018 ad for Manchin’s successful reelection, the West Virginia Democrat showed off his gun again, but without touting a NRA endorsement — which had gone that cycle, in a sign of the times, to his Republican opponent, Patrick Morrissey.

There is just one Democrat currently in Congress with an NRA rating better than a “C” — Rep. Jared Golden of Maine, who rated a B. (The A-rated Democratic Rep. Collin Peterson of Minnesota was defeated for reelection last November by a Republican.)

While the NRA’s alignment with the GOP in recent decades gave the organization a short-term boost in an era of hyperpartisanship, it may have also accelerated the group’s decline in influence in Congress in the long run.

“The bottom line really is you know, the NRA is not the force it used to be,” said Watts. “They used to be a power broker. Now they’re just broken.”

Schlapp said he disagreed, predicting a “spring season” for the NRA in the coming months and years and that the organization remains a player in Washington amid the current debate.

“Just because you’re not seeing a lot publicly, don’t assume there aren’t private conversations going on” between lawmakers and the NRA, Schlapp said.

But some gun-rights advocates are greeting the troubles at the NRA as an opportunity to reinvigorate a movement that had been on autopilot and too closely aligned with the GOP.

“I truly believe the vacuum is being filled by more sincere and better voices,” said Rob Pincus, an NRA life member who has been a public critic of the organization’s tactics and rhetoric in recent years. “The NRA statements and image have been the ‘easy’ button for media and politicians for too long.”

Pincus says the “self-destruction” of the NRA means a breaking of the monopoly the group had on representation of gun owners.

“Elected officials and those who work inside the government are getting a much more diverse, and therefore accurate, picture of who owns guns in the United States, what the gun community is doing to reduce negative outcomes involving firearms and what gun owners are concerned about in regard to further retractions on our rights,” Pincus said.