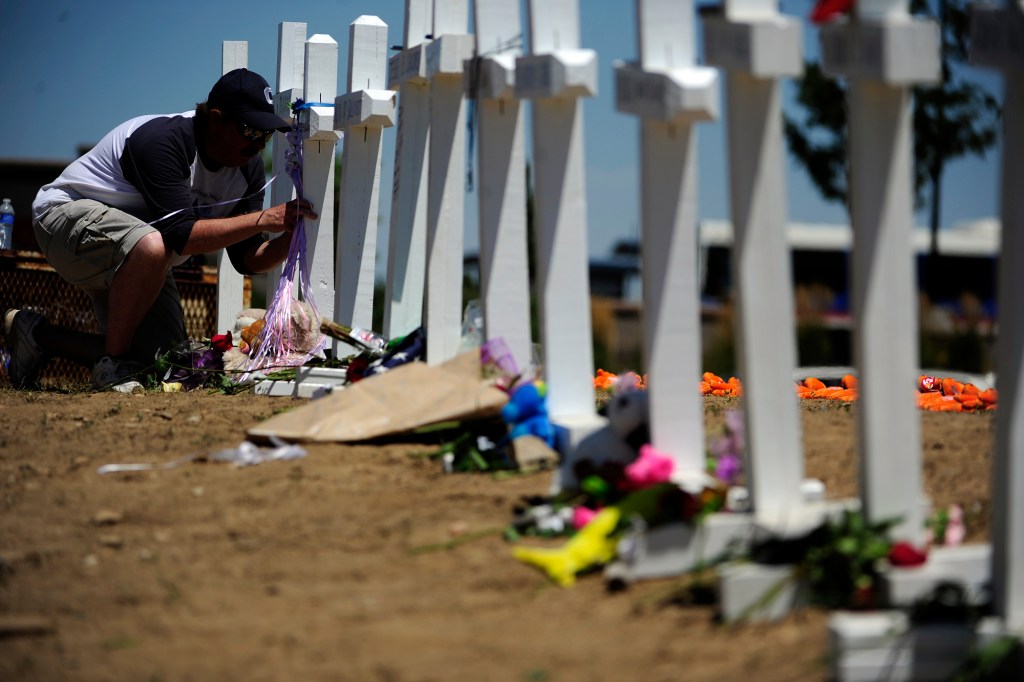 Poor mental health is a common line of defense for suspected mass shooters, and an idea experts strongly caution people not to lean into too heavily because it doesn’t give the full picture and can stigmatize seeking therapy.

Mental health has been raised as an issue with accused Boulder shooter Ahmad Al Aliwi Alissa, who faces charges of murder and attempted murder and whose attorneys asked for more time to assess his “mental illness.” One of his attorneys represented Aurora theater shooter James Holmes, who pleaded insanity after killing 12 and injuring 70 in 2012.

“If you’re caught in the store or behind the theater and you’re in your body armor and you have the weapon with you,” Brauchler said. “You only only have one potential escape from liability and that is mental health.”

The experts who spoke with The Denver Post in the days after 10 people were killed at a King Soopers said that while shooters may have mental health issues, conflating that as the cause of their behavior is inaccurate and can actually keep people from seeking help.

“I don’t think anybody is saying these people are sane or well-adjusted,” said Dr. Jonathan Metzl, a psychiatry professor at Vanderbilt University who studies mass shootings. “But mental illness is just one of a million factors and very often it’s far down on the list when you tell the story of what happened.”

Other factors that can lead to serious violence, Metzl said, include misogyny, rejection, family dynamics, a past history of violence and access to guns.

Police, attorneys and other investigators are scrambling to learn more about Alissa, including his motives or his mental health.

While former classmates painted a picture of Alissa as violent, short-tempered and paranoid during high school, Alissa’s middle school assistant principal said he hadn’t noticed any atypical behavior from the student, who he said came from a large and loving family. Alissa’s siblings have not responded to multiple requests for comment.

As details of Alissa’s past trickled out publicly, comments on social media theorized that the killings must be linked to mental health. Experts say the inclination for onlookers to blame mental health is understandable, if possibly misguided.

“See how quickly that moves?” he added.

Clark drew a distinction between mental health, the desire to hurt or kill people and morality, using Holmes as an example.

There’s also the harmful stigma that men shouldn’t seek help or therapy, even though men are the most likely to commit acts of mass violence, according to Dr. Fahad Khan, a psychologist with the Khalil Center in Chicago.

“You hear things like ‘Boys don’t cry,’” Khan said. “Men are not supposed to show emotion. That stigma exists regardless of race or ethnicity or culture. I think it’s the same across the board.”

Mass shooters are externalizing whatever problems they might have rather than seeking help, Metzl said.

“I’ve studied a lot of mass shooters and I’ve never seen a case of a mass shooter saying ‘I’m really troubled by my thoughts and I want to go into therapy,’” Metzl said. “It doesn’t happen that way.”

Experts like Khan also drew attention to the barriers to mental health care that exist in America: high insurance premiums and deductibles alongside a medical system that often doesn’t take a holistic, and early, approach to mental health.

“Unless you have a psychological disorder, you’re not going to be treated,” Khan said. “You’re going to have people suffering because you can’t see the problem. They’re probably suffering a lot.”

Metzl noted that his research and that of his colleagues indicates that those suffering from mental health issues are much more likely to be the victims rather than perpetrators of violent crimes.

One academic believes Americans need to look at gun violence as a public health problem — and one that won’t be eliminated entirely.

“Just like drunk driving is a public health problem and we’re never going to eliminate drunk driving,” said Adam Winkler, a professor at the University of California Los Angeles Law School and author of “Gunfight: The Battle Over the Right to Bear Arms in America.”

He added that political or legal arguments can serve as distractions, he said, referring to Republicans and gun rights nonprofits like the National Rifle Association that have been quick to paint suspects as obviously having mental health problems.

‘“They’ll say ‘America doesn’t have a gun problem, we have a mental health problem,’” Winkler said.

“We have a nation awash in guns,” Winkler said. “If someone wants to commit a mass shooting they will always be able to find the weaponry to do so in America.”

The larger failure, according to Metzl, is U.S. society’s inability to come together and work toward a solution “about this and everything else.”