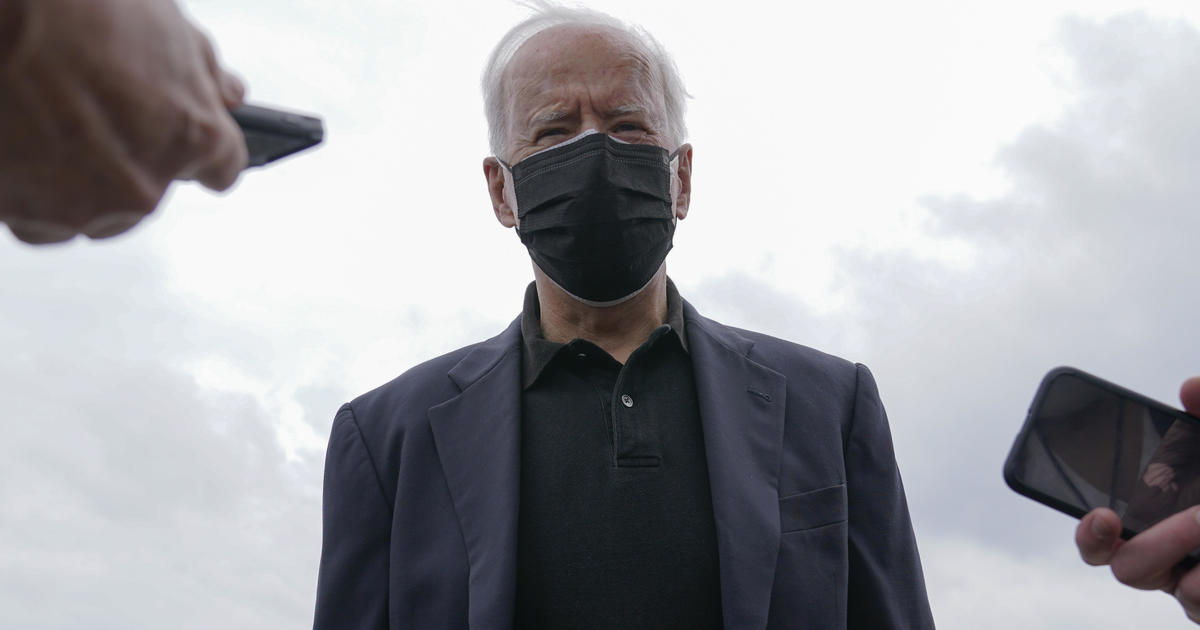 President Biden on Sunday expressed confidence that a “rational” gun control bill can pass the evenly-divided Senate. In the wake of two deadly mass shootings in two weeks that left 18 people dead, the White House has said Mr. Biden is considering executive action that would bypass the Senate, although Mr. Biden has previously called on the Senate to pass two gun control bills that have already passed in the House.

“I’m the only one who has ever got them passed, man,” Mr. Biden told reporters on Sunday. “The only gun control legislation that’s ever passed is mine. It’s going to happen again.”

Congress narrowly passed an assault weapons ban in 1994 when Mr. Biden was a senator, but it expired in 2005. After it passed, the National Rifle Association vowed to retaliate against lawmakers who voted in favor and took credit when the Democrats lost control of the House and the Senate in the 1994 elections.

Democratic Senator Chris Murphy of Connecticut, who has introduced background check legislation in the Senate, said “don’t count us out” on getting 60 votes on gun control legislation, according to an interview Sunday on “Meet the Press.”

“I think the politics have shifted dramatically,” Murphy said. “I’ve gotten calls from GOP in Senate who don’t want to fight this fight any longer because the NRA’s authority is fading, the anti-gun violence movement’s impact is increasing. I think we have a chance.”

Republican Senator Pat Toomey of Pennsylvania, who is not running for reelection in 2022, sponsored a bill with Manchin on background checks in 2013 that failed to get 60 votes. Although Toomey expressed optimism that a bill would pass that included background checks on public sales, he said Sunday on “Meet the Press” that “you are not going to get 60 votes with legislation that requires when a father wants to sell his gun to his son to have to get a background check.”

The bill Murphy has put forward in the Senate, the Background Check Expansion Act, would extend a background check requirement to unlicensed and private firearm sellers before selling a firearm. Current federal law doesn’t require unlicensed sellers to do background checks before transferring firearms.

Gun control advocates held a rally Sunday at the Colorado State Capitol, five days after 10 people were killed in a shooting a supermarket in Boulder, CBS Denver reported. Tom Mauser, a speaker at the rally whose son died in the 1999 Columbine shooting, told CBS Denver: “on the national level we need to have universal background checks.”

Citizens Have Fundamental Right To Carry Guns In Public Rules US Supreme Court, Biden Denounces Decision
Readers respond: Assault-weapon ban is only solution
The history of the AR-15 and how it became a symbol of American gun culture
Oxford council wants stricter federal gun laws amid mass shootings
Media Had Gun Control Bill Before Senators