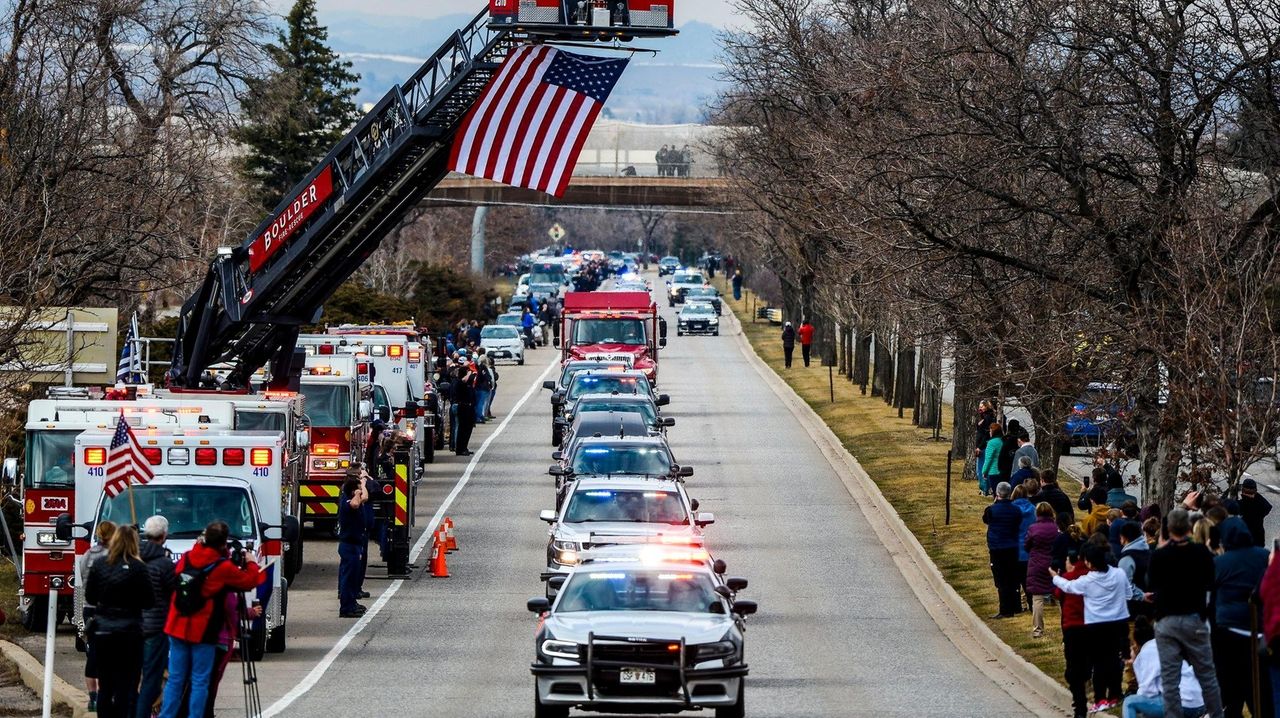 I’ve always been an independent voter. I vote for candidates based on the person, not their party affiliation. Senate Minority Leader Mitch McConnell threatens “scorched earth” if the filibuster is changed or eliminated. Can it possibly get any worse than the current environment in our country? To me, we have no sane gun control legislation and had two mass shootings within a week [“Gun carnage returns,” Editorial, March 24].

Republican state legislatures are proposing laws to severely restrict minority voting rights. Dangerous white supremacist groups (who attacked the Capitol on Jan. 6) are increasing and are said to be the worst terrorist threat this country faces. Climate change is denied by many on the right. COVID-19 is supposedly just another simple flu and the left is overreacting even after more than 540,000 Americans died from it. We already are experiencing scorched earth.

Unless we make some changes to our federal government’s processes — as radical as they might be — the Republican minority in the Senate, the House and the overall population, in my opinion, will destroy our democracy.

Spare me the lecture on what an “assault” rifle is and what it isn’t, or chiding me that anyone can “assault” anyone with anything. Spare me the argument that the Second Amendment allows one to own anything from a pistol to a rocket launcher to protect oneself, one’s family or home.

Clearly, mass shooters come in all colors, races and religions. The one thing they all have in common is the ability to secure weapons capable of discharging many bullets in rapid succession before victims can even process what is happening. Something is wrong with our gun laws if anyone can get weapons of mass destruction. The laws need to be more prohibitive. The risk to society clearly outweighs the benefit of private ownership of these assault weapons.

Bravo, Newsday editorial board! Congress needs to listen to the overwhelming majority of Americans and finally act to pass reasonable gun control legislation — universal background checks, three-day waiting period and assault weapon ban. No citizen needs an AR-15. The Second Amendment’s intent was to arm a civilian militia 230 years ago in the absence of American armed services to defend against an oppressive British militia. Please stop the madness and keep us safer from these ongoing mass murders of innocent children, police, elders and others.

The Republicans in the U.S. Senate will likely reject President Joe Biden’s call for sensible gun laws because GOP, to me, really stands for Guns Over People [“Shooting suspect bought gun 6 days before attack,” News, March 24]. I view GOP senators as gun lobby lapdogs who cave to the National Rifle Association, or NRA (Not Reasonable Anytime). I believe ending the Senate’s filibuster rule is the only responsible solution to this crisis. And Democrats must do it ASAP.

Editor’s note: We received many letters on this topic, and all reflected similar viewpoints.

Newsday’s editorial “A yes to pot on one condition” [March 23] is, in my view, a bad idea and not one that the public should endorse. While other states such as Massachusetts and New Jersey have legalized pot, it doesn’t mean it’s a good idea, and I believe Newsday’s “pragmatic” reasons don’t cut it, either. What’s pragmatic about putting pot smokers on the road, causing accidents and possibly deaths without a good way to enforce impaired driving? To me, there is no way to enforce this. When a driver is impaired after getting high and turns on an engine, all other drivers are in peril.

And pot is still a drug many consider a gateway to other drugs, and I see legalizing it as sending the wrong message.

Pot legalization, to me, is a money grab for Albany, period, and has no true “pragmatic” reasons for passing. Massachusetts and New Jersey can have it. Those desperate enough to want it can move there.

The editorial board was right to urge New York legislators to consider driving while impaired in the state’s push to legalize marijuana. Thanks to a law that exists only in New York, the state must also consider the dangers of working in construction while impaired. Under the Scaffold Law, contractors and property owners are 100% liable for an injury, even if the employee was intoxicated at the time of the accident. It sounds crazy, but the courts have ruled that, under the Scaffold Law, the intoxication of a construction worker is not a defense for an employer if that worker injures themselves or others.

The legalization of marijuana will undoubtedly lead to an increase in usage. Just as we should enact safeguards to keep impaired people off the roads, we should ensure that impaired people are not working at jobs where they could injure themselves or others. The first step in doing that is reforming the Scaffold Law to factor in the actions or impairment of anyone involved in an accident.

The editorial board is rightfully concerned about the traffic implications of legalization. However, several years of traffic data from states that already legalized pot reflect an interesting phenomenon.

Overall, in states that have legalized marijuana, traffic incidents (accidents and the like) have increased. However, road fatalities as a whole are down, even in states such as Colorado, where the population has swelled recently. More people are on those roads, and accidents have increased, but deaths are down. While it’s impossible to attribute these statistics purely to legalization, the picture is not what legalization opponents paint. Legalization has not led to a rash of stoned drivers killing people in other states.

The increased tax revenue might aid criminal justice reforms, and in my view, medicinal applications of marijuana significantly outweigh an increase in fender benders. As technology evolves and as cars drive themselves, states will have to find methods of revenue generation no longer related to driving.

As more states legalize marijuana for recreational use, what happens to non-users? I cannot enjoy my backyard with this odor coming from my neighbor’s yard. I would not even think of letting my grandchildren play in the yard.

What about our rights to clean air? Don’t we have rights, too? I believe those who use recreational marijuana should keep it indoors and let just the users breathe in the odor.

That’s great — pot might be legalized here. Don’t we have enough zombies walking around without this drug?

TO OUR READERS: We received many letters on this topic and the ones selected are in proportion to the submissions received.