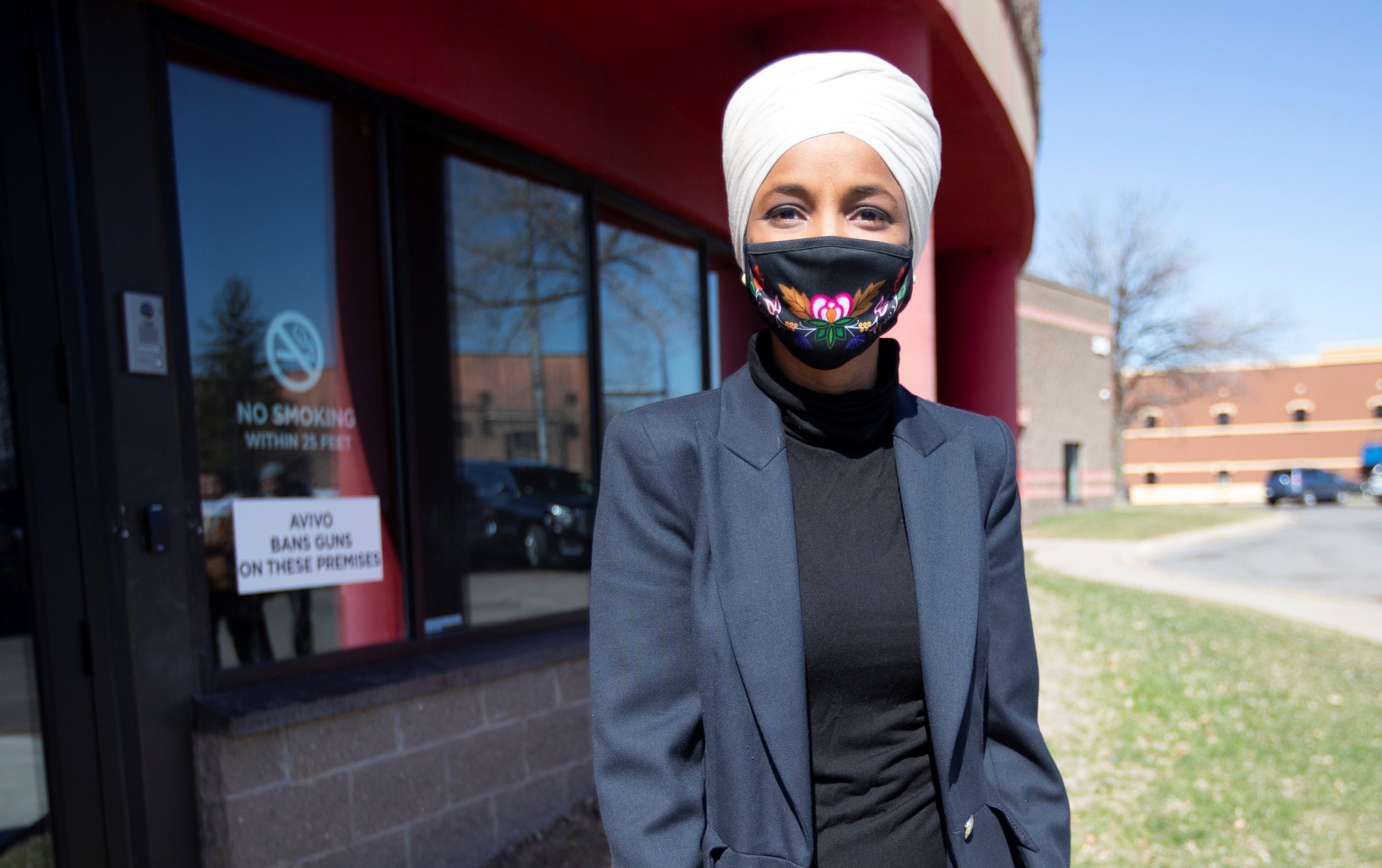 The MSR sat down with Rep. Omar last week after her recent visit to the U.S. border, where she expressed empathy with those desperately seeking entrance into the U.S. after fleeing violence and drought. Below are excerpts from our conversation.

MSR: Do you feel safe these days?

Omar: I don’t know if I exist in a space where I feel safe all the time. It is interesting to navigate this new normal. For a lot of us, the Capitol was the one place where we felt safe—after all, it’s the people’s house. Though me and my colleagues disagreed, we agreed on the sanctity of the place that we are occupying. We assumed they held the same reverence of the place that we do.

There are metal detectors there now. It’s a reminder that we shouldn’t feel as safe as we did before with our own colleagues. The Capitol is a symbol of democracy. It’s the People’s House.

MSR: What are your opinions of people who oppose common-sense legislation?

Omar: The American Rescue Plan puts money in peoples pocket gets kids back in schools and helps municipalities get the stuff they need to fully function. The opposition to this is a stark reminder that we have colleagues who are there for political theater and are not willing to promote anything that will create a better life for their constituents.

MSR: Do you think the vociferous opposition to progressive legislation is consistent with the desires of their constituency?

Omar: We know that close to 70% of Americans support raising the minimum wage, and even sensible gun laws. We passed legislation out of the house with almost no support from the other side [Republicans]. It’s not an accurate statement to say that these people are being representative of their constituency, but they are a representation of special interest groups that are paying them. They are a representation of what it means to harness power for yourself and not the people. They step on the necks of people to elevate themselves.

MSR: Is there a bill that takes priority with you?

Omar: They are all stuff that we are equally prioritizing: $1.9trillion relief, Paycheck Fairness Act, and workforce protection for pregnant women. The protection of health care and social workers. These are all bills to speak to the needs that need to be addressed for all of our constituents.

We pushed HR1, the Paul Act, which strengthens lobbying transparency, and passed the George Floyd Justice in Policing Act

MSR: Where are the efforts to secure universal health care or Medicare for all?

Omar: Representative Pramila Jayapal has introduced legislation in the House. It has half of the Congress as co-signers. What most people don’t realize is how hard we are pushing for Medicare for all.

We not only understand that health care is a human right, we also understand the pain that many people are living with who don’t have access to health care or the ability to get care when they need it. We are going to push until we have the numbers.

MSR: Tell us about the Voting Rights controversy. Why are certain folks trying to make voting difficult?

Omar: It is a question that I ask all the time. Why does a country that is synonymous struggle with this? In a democracy, it doesn’t make any sense. It’s rooted in whose voices those in power think should be included in the decision-making process. Are you qualified enough or citizen enough to be able to pick your own government? The Voting Rights Act has been gutted, and now we have to try to restore it. HR4 does that. It is part of HR1 but needs to be passed on its own.

MSR: Why are people struggling with mental health still able to access weapons?

Omar: We have not been able to pass red flag laws universally, and we don’t have universal background checks. People will fight to make sure you can purchase a weapon within 30 minutes but are opposed to same-day voting. It’s fueled by the NRA and the gun lobbyists.

But it is also fueled by the majority who have had their voices be a lot louder in positions of power who are maintaining the status quo in this regard. Colorado had the same legislation we tried to get through Congress. It would have required a 10-day hold.

MSR: What is it that allows them to continue to put their constituents at risk?

Omar: I don’t know. I don’t know why my children are put through school drills. People can’t go anyplace without some fear. It does not make sense.

MSR: What drives your perspective and positions on foreign policy?

Omar: I am driven by justice, whether it is here in the United States or around the world. Armed conflicts don’t produce peace. The environment that we create for those who we say we are interested in protecting are oftentimes much worse after our interventions.

You can point to Libya, Iraq, Syria—they are not safer today than they were when we decided that we have to go save people. Foreign policy should be realistic and beneficial to the people we are trying to help.

Even Yemen and Somalia are not safer than they were when we decided we have to go save people. [There is] never an interest in examining [if our intervention] has had some destabilizing effect on the community. When you don’t have credibility, it makes it hard.

We are not universal in our condemnation of human rights violations in the Middle East. When you don’t have credibility, it makes it hard to be seen as someone who is coming in to do good.

MSR: What is your perspective on the preparations that have been made for the Derek Chauvin trial?

Omar: It’s devastating. These are public buildings. Especially if we are going to talk about freedom and the right to protest, the right to have freedom of access and movement, it’s really heartbreaking.

I was in a listening session where people talked about the traumatic impact the helicopters were having on them. They can’t get over the feeling that they are being watched. It is having a health impact. People are unable to sleep, and it feels like their civil liberties are being eroded. It is a failure in leadership, a failure to have compassion for a constituency that is still reeling from the trauma from the George Floyd murder.

It’s even more painful for us to come up with answers because we are of the community, so we feel the trauma because he is from the community. I don’t have the generational trauma from having a history of being enslaved as the formerly enslaved descendants, but I have trauma.

MSR: If you could enact police reform, what kinds of changes would you make?

Omar: The Minneapolis Police Department is not reformable. It’s going to be necessary to stop and start over. It’s a necessary step that needs to happen.

MSR: We know you lost your father to COVID and we offer our condolences again. Do you feel like you can better identify because of your loss? What do you say to families that are hurting from the pandemic?

Omar: I identify with their unspeakable loss. COVID has been a real thief. It has stolen real memories and real lives. It will take me a long time to get over the trauma. They say time heals all wounds. As someone who has experienced a lot of loss, I don’t know if that sentiment is really true.

MSR: What can be done to create more solidarity between your East African constituents and the traditional African American community?

Omar: The first thing is understanding our commonality. We do have solidarity in our experiences in America. We may have different cultural experiences and hold different truths, but it’s important to acknowledge one another’s pain and historical trauma. And we have to go to bat for one another in our time of need.