Editor’s Note: POLITICO Pulse is a free version of POLITICO Pro Health Care’s morning newsletter, which is delivered to our subscribers each morning at 6 a.m. The POLITICO Pro platform combines the news you need with tools you can use to take action on the day’s biggest stories. Act on the news with POLITICO Pro.

— U.S. officials are helping AstraZeneca find a new contractor to help it produce Covid vaccines, amid fears that a mistake like the one that spoiled 15 million shots could happen again.

— Covid survivors and mourners are channeling their pain into advocacy, lobbying lawmakers for expanded health access and compensation for lives lost.

— Federal officials are pleading with mothers-to-be to get the coronavirus vaccine, as misinformation proliferates.

WELCOME TO MONDAY PULSE, and my first edition as your co-author. My talents include pronouncing complicated drug names and infusing reality TV shows into normal conversation. Help me get settled with tips to [email protected] and Adam at [email protected].

A message from PhRMA:

ASTRAZENECA LOOKS FOR ANOTHER VACCINE PLANT — Federal health officials are working with the British drugmaker to find a new factory to produce millions of coronavirus vaccines after news last week that Emergent BioSolutions, its current contractor, mixed up the ingredients for the AstraZeneca shot and Johnson & Johnson’s.

The Biden administration has narrowed down AstraZeneca’s options to two potential partners, according to a senior health official. The official stressed that this situation is not AstraZeneca’s fault — though the drugmaker has recently suffers its own negative press — but that the administration does not want future contamination problems, and producing two different vaccines at one plant raises that possibility.

Emergent said that HHS has put $23 million towards new manufacturing equipment at the facility that made the contaminated doses — and confirmed that it would “ramp down” production of AstraZeenca vaccine.

The U.S. supply is still secure, for now. While AstraZeneca has not submitted its vaccine for authorization in the U.S. yet, roughly 90 million doses are ready or almost ready for use. Biden officials are so far not immediately worried about hitting their own goals, especially with Pfizer, Moderna and J&J pumping millions of doses into the national coffers weekly.

That said: Emergent’s issues might have a ripple effect for other countries. AstraZeneca also produces vaccine doses for Europe, Japan and the international vaccine distribution program COVAX out of a Catalent plant in Baltimore (though not the same Catalent plant being used by J&J to fill and finish vials).

AstraZeneca has already cut supply projections for European countries multiple times, earning the ire of officials. Meanwhile, several governments have moved to limit use of AstraZeneca’s vaccines over concerns about blood clots, despite assurances from the EU regulator that the shots are safe.

COVID SURVIVORS LOBBY FOR CHANGE — Activists with chronic illnesses helped save Obamacare from repeal. Gun violence survivors built a movement to take on the NRA. Now, coronavirus patient groups like Covid Survivors for Change and Marked by COVID are working to turn their grief into political power, Alice Miranda Ollstein writes.

The new advocates are focusing their lobbying on the next multitrillion-dollar relief package on the horizon, like mandating paid sick leave and making the temporary expansion of Obamacare subsidies approved as part of Biden’s $1.9 trillion pandemic relief package permanent.

Covid survivors are also pushing for more funding for research and treatment, as well as some form of compensation for the Covid-related deaths of more than half a million Americans.

MOMS, THE VACCINES ARE ALRIGHT — The White House is deploying some of the country’s most trusted scientists to allay fears about coronavirus vaccination, pregnancy and fertility that have made millions of mothers or mothers-to-be reluctant to get the shot.

Why it matters: Women of child-bearing age are a key demographic for building vaccine trust, writes Joanne Kenen; they make up to 80 percent of health care decisions for their families. But minority women in particular, aware of their already heightened risk of experiencing complications during pregnancy, childbirth and the post-partum period, have their own apprehension about vaccines, said Sinsi Hernández-Cancio, who leads the health justice program at the National Partnership for Women and Families.

What it takes: The Biden administration has launched TV ads and nearly $10 billion in grants to community groups and local governments to both build vaccine confidence and expand access. It is also deploying some of its biggest stars to connect with minority communities, from Anthony Fauci appearing on LL Cool J’s SiriusXM program to Marcella Nunez Smith — a Black physician and mother of three who heads the White House Covid-19 Health Equity Task Force — publicly calling on mothers to get vaccinated.

Health care providers can often address specific concerns and debunk misinformation, helping their patients move from the “hesitant” to the “maybe I’ll get inoculated, after all” category, said Margot Savoy, who practices in Philadelphia and is on the board of the American Academy of Family Physicians.

“Most of them just want to be reassured that the vaccine is not something that everybody rushed to market,” she said.

PHARMACIES STRIKE DATA GOLD MINE IN VAX EFFORTS — Millions of Americans streaming into retail pharmacies like CVS, Walgreens and Rite Aid to receive Covid vaccines have no choice but to hand over their personal information to those companies. And that’s scaring privacy watchdogs who are pressing for oversight of how pharmacies use the data, write Mohana Ravindranath and Susannah Luthi.

Those chains are playing an increasingly larger role in vaccination efforts, especially as Biden promises to more than double the amount of pharmacies administering shots in the coming weeks. But while vaccinations themselves aren’t a major moneymaker for the retailers, information is.

Privacy watchdog groups and some members of Congress have expressed concern about whether the pharmacy chains will use the resulting data for marketing purposes, like selling ibuprofen or other products to deal with aftereffects of the shots. 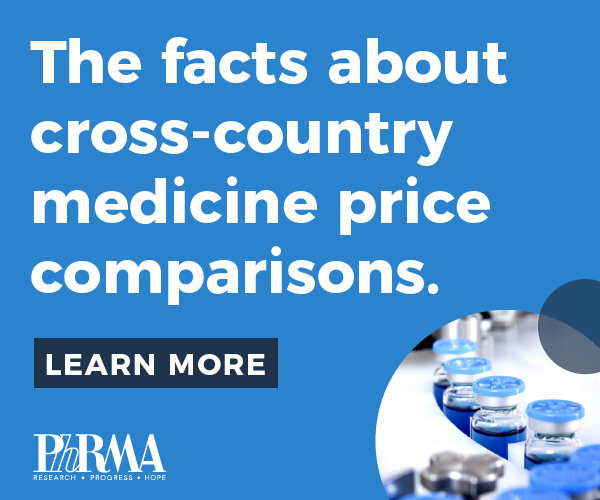 The donation raised questions about whether DeSantis’ decisions had aided favored political connections — and whether that, in turn, resulted in a vaccine rollout that favored wealthier and more privileged people, Alfonsi reports.

DeSantis told Alfonsi at a press conference that allegations of favoritism were “a fake narrative” and that he met with several officials before deciding that Publix would be part of the distribution plan. Publix did not respond to CBS’ requests for comment.

“She was being a truth-teller,” Osterholm, who advised Biden during the transition, said on “Fox News Sunday.” “What she said is exactly right, scientifically, and what we’re doing in terms of our response to this virus is, in fact, a major challenge right now, so I congratulate her for her honesty with the public.”

He attributed rising case numbers in the U.S. to states’ relaxing of public health measures, even as Covid variants spread, saying, “The two basically are going to collide.”

A message from PhRMA:

Looking at differences in medicine prices between the United States and other countries can be misleading, often ignoring complexities in the U.S. system and the repercussions of other countries’ reliance on government price setting policies. As the discussion unfolds, here are a few often overlooked facts:

• Americans have the most robust access to lifesaving medicines in the world.

• The world benefits from U.S. global leadership in biomedical innovation.

Wisconsin turned around its lagging vaccination program, even after state Republicans took aim at top health official Andrea Palm, who went on to work for the Biden team, report the Washington Post’s Isaac Stanley-Becker and Dan Diamond.