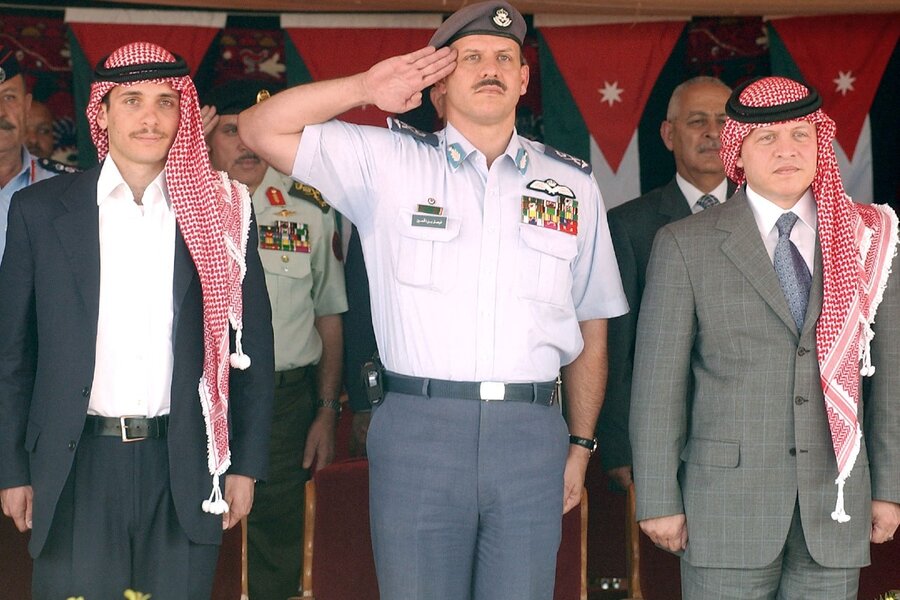 A political dispute between two royal brothers threatens stability in Jordan, a Middle East nation considered a key U.S. counterterrorism partner. Hamzeh bin Hussein, the popular half brother of King Abdullah II, was accused Sunday of conspiring to destabilize the kingdom. Hamzeh released a video Saturday accusing the government of corruption, incompetence, and intolerance for dissent. Such public clashes between the highest ranks of the long-ruling family are unheard of, and political instability in Jordan raises concerns throughout the region. The U.S. and several Gulf nations expressed solidarity for Jordan’s King Abdullah Sunday. None of the leaders in the region “would like to see havoc hitting any regime,” Labib Kamhawi, a Jordanian political analyst told the Associated Press. “It could be contagious.”

Victory scrum. For the first time in 29 years, Stanford University won the basketball national championship game. The Cardinals beat the University of Arizona in the finals of the women’s 2021 NCAA Tournament Apr 4, 2021 in San Antonio, Texas.

Whither gun rights. A U.S. federal bankruptcy judge in Dallas has scheduled six days of online hearings starting today that could determine the course of the National Rifle Association bankruptcy and, possibly, the future of the gun-rights lobbying group.

Justice watch. The televised trial of Derek Chauvin, the former white police officer charged in the death of George Floyd, resumes today. The prosecution is expected to continue to build its case this week.

Best of B-Ball. After a month of March Madness upsets, the championship game of the NCAA men’s college basketball tournament pits arguably the two best teams, the Gonzaga University Bulldogs of Spokane, Washington vs. the Baylor University Bears of Waco, Texas, at 9:20 p.m. E.T. on CBS.

Frontiers in space. NASA’s Ingenuity helicopter is scheduled for takeoff from the surface of Mars.

Tributes adorn a police cruiser parked in front of the Boulder, Colorado, police department in honor of fallen officer Eric Talley, who was one of 10 victims in a mass shooting March 22, 2021 at a grocery store in Boulder.

The family of Eric Talley lost a husband and father. But they won’t have to worry about losing their home.

The Tunnel to Towers Foundation is paying off the home mortgage for the family of the Boulder police officer who was killed responding to the March 22 grocery store shooting in Boulder, Colorado. Officer Talley was the first police officer to arrive at the scene and the last of the gunman’s 10 victims.

Officer Talley leaves behind a wife and seven children between the ages of 7 and 20. He became a police officer after working in the tech industry. He said that he “felt a higher calling” and, according to his obituary, “at the age of 40 transitioned into the police force, a childhood dream. He would often jokingly acknowledge that he entered the police force because it was less stressful than trouble-shooting computer systems.”

The Tunnel to Towers Foundation, founded after the Sept. 11, 2001 attack, has since spent over $250 million to pay off mortgages for the families of first responders who have died in the line of duty, and it builds smart houses for disabled veterans and their families.

Start your week with a recent story that inspired Monitor readers:

In tonight’s Daily Edition, watch for our global story about about how the pandemic complicated the decision of having a baby.

If you value our constructive, uplifting journalism, please consider supporting our work by subscribing. Thank you!