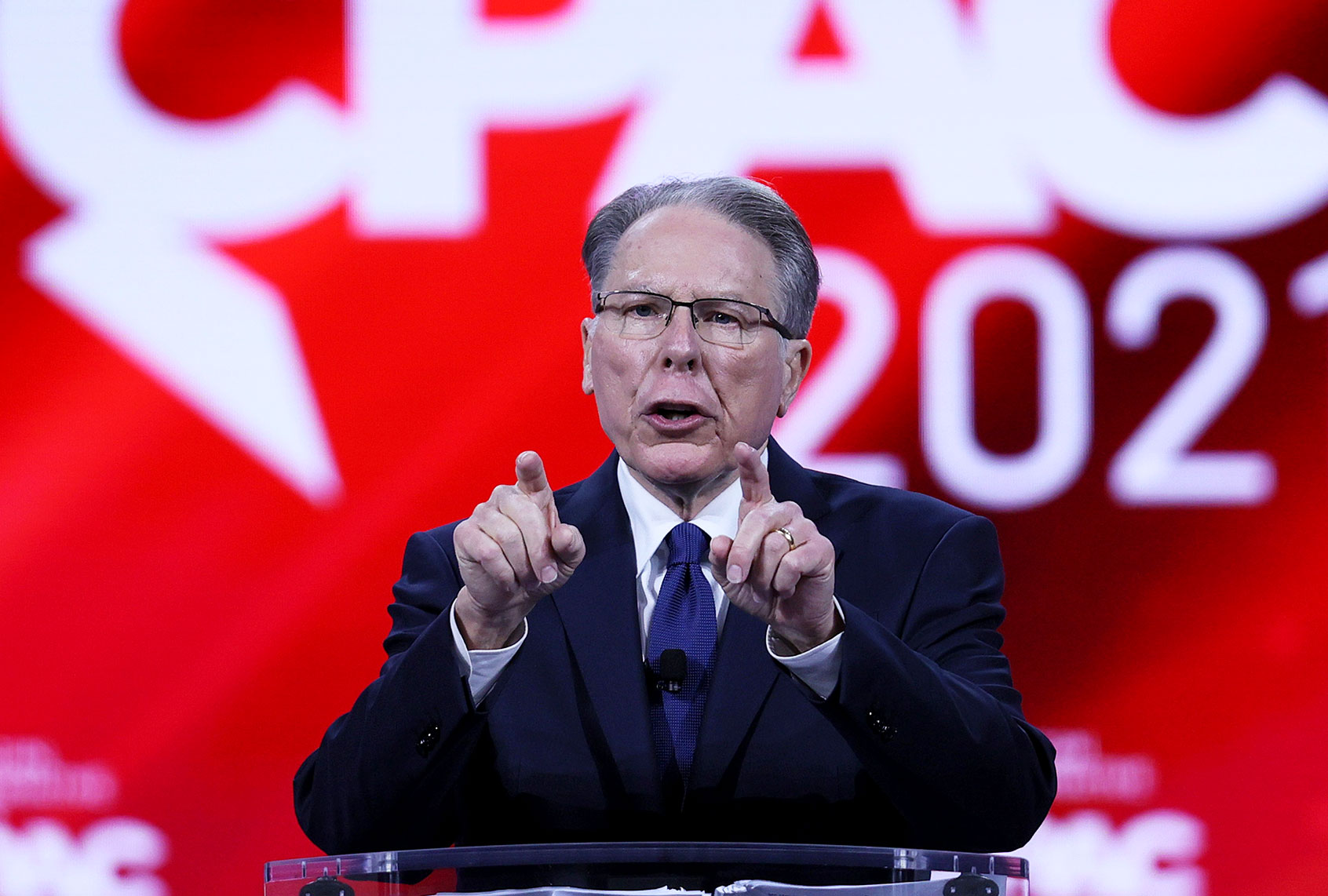 National Rifle Association CEO Wayne LaPierre had a particularly rough opening day in court on Monday, as the lawyer for the New York attorney general’s office called the NRA’s bankruptcy case nothing more than a “masterclass in bad faith and dishonest conduct.” The pro-gun organization was in court attempting to move forward with filing for a bankruptcy petition in Texas, in hopes of evading a lawsuit from New York Attorney General Letitia James.

The day of setbacks for the NRA in court began with the organization starting from a not-so-great set of circumstances. Deadlocked in a war of words between James, the NRA’s former president Oliver North and former NRA advertising and PR agency Ackerman McQueen, the group had plenty of foes in court on Monday, with its future on the line.

The attorney general’s suit threatens to shut the NRA down for violating New York charity law, accusing LaPierre of using the gun group as his “personal piggy bank” and funding his private jet trips to the tropics and African safaris with donor money. The bankruptcy judge was told today that donor money also paid LaPierre’s “wife’s glam squad.”

The original falling out began nearly two years ago, after LaPierre and other NRA leaders accused North of a “failed coup attempt” alongside Ackerman McQueen.

By the NRA’s own admission, its Texas bankruptcy petition is peculiar, since it’s not likely to run out of money anytime soon. Law & Crime’s report continues:

When the NRA filed a federal bankruptcy petition in Texas earlier this year, the group’s website boasted of being “in its strongest financial condition in years.” The GOP power broker claims that it is “dumping New York” and “utilizing the protection of the bankruptcy court” in order to organize its “legal and regulatory matters in efficient forum.”

In other words, as New York Assistant Attorney General Monica Connell argued before Judge Harlin Hale on Monday, “By the NRA’s own words, it is not only solvent but financially strong.”

The NRA also took incoming fire from attorney Brian Mason, representing Ackerman McQueen,” who “argued that the bankruptcy petition had been filed in bad faith,” Law & Crime noted. “Bankruptcy courts cannot be the subject of fraud,” Mason said in court on Monday.

Furthermore, while LaPierre’s NRA team was doing battle in court, media outlets acquired a deposition by LaPierre stemming from the case that was full of unflattering detail. LaPierre testified that in the wake of the deadly Sandy Hook Elementary and Parkland school shootings, he retreated to a 108-foot luxury yacht out of fear for his own safety, claiming he needed the protection from the outside world.

“They simply let me use it as a security retreat because they knew the threat that I was under. And I was basically under presidential threat without presidential security in terms of the number of threats I was getting,” the New York Daily News reported LaPierre asserting in the newly revealed deposition. “And this was the one place that I hope could feel safe, where I remember getting there going, ‘Thank God I’m safe, nobody can get me here.’ And that’s how it happened. That’s why I used it.”

Responding to LaPierre’s deposition, Shannon Watts of Moms Demand tweeted, “The only thing that stops a bad guy with a gun is a good friend with a yacht?”

LaPierre claimed the use of the yacht was “offered as a security retreat where we could be safe and feel safe.” He grossly tried to link the Sandy Hook School shooting and his use of the yacht, saying he started using it as a secure location “the summer after” the mass shooting. pic.twitter.com/wwteF9twAx

Following the deadly Jan. 6 Capitol siege, many gun control advocates argued that the NRA had been responsible for helping to “lay the groundwork” for that chaotic day. The next few weeks in court could well determine the NRA’s future.