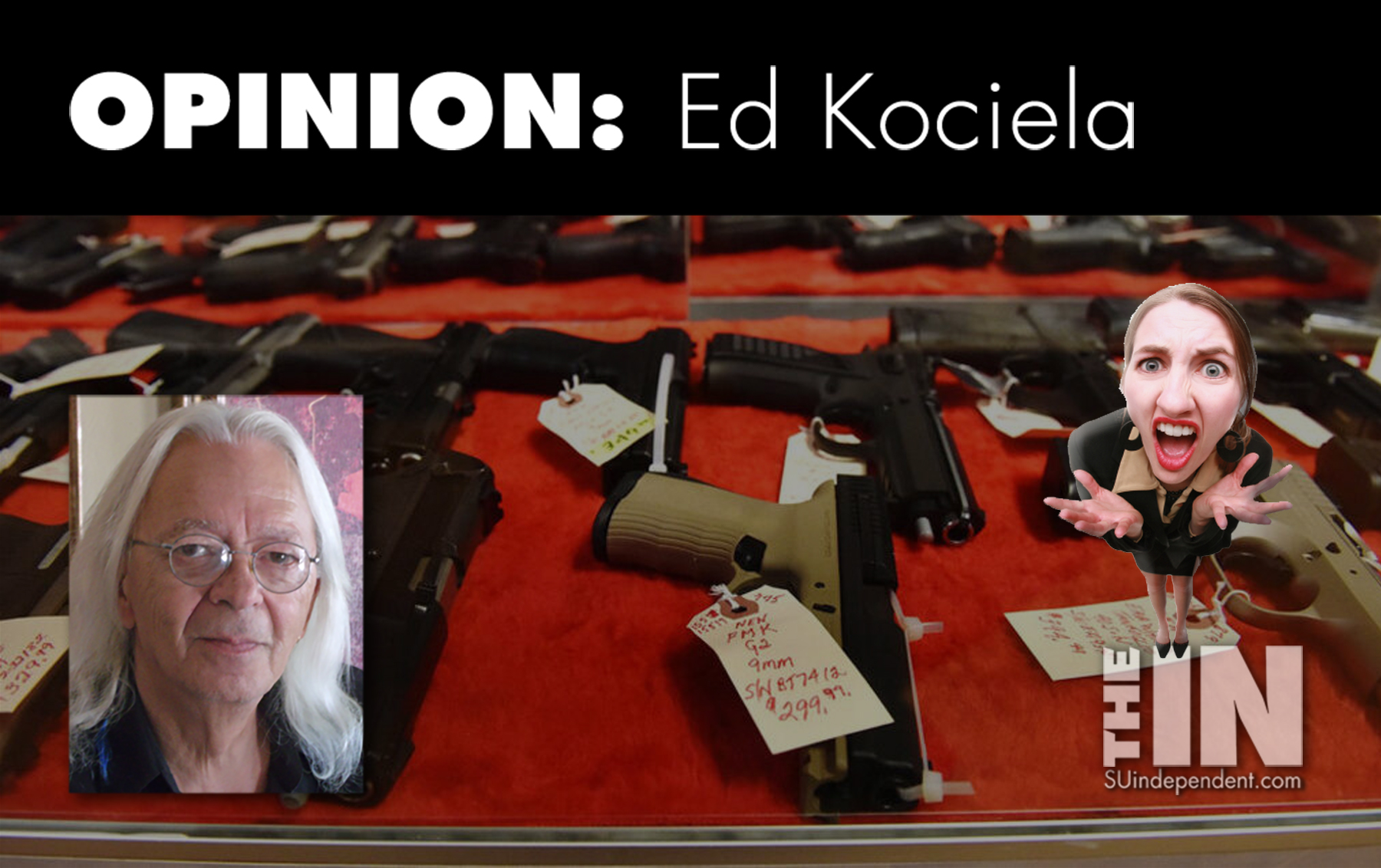 Forget Thoughts and Prayers, We Need Real Gun Control – This Is How We Can Do It

You can keep your cheesy thoughts and prayers, they don’t seem to be working very well.

And, you can stow your crocodile tears, we all know they are fake.

It’s time to effectively do something about gun control in the United States.

Not tomorrow, not down the line after yet another mass shooting occurs, I am talking about now. Right now.

The other day the president issued an executive order that is intended to establish stricter rules for certain types of guns, tighten down background checks, and add substantive support to local violence prevention techniques and regulations.

The 2nd Amendment freaks will run screaming into the night about how it is yet another attempt to seize their precious guns.

Hopefully, this time, they are right.

Maybe it is time to come get the guns.

I really don’t care about whatever fanciful interpretation you might have of the 2nd Amendment, I assure you it was not written to accommodate today’s whacked-out world that has turned the United States into a shooting gallery.

We are often told that to initiate a conversation about guns too soon after a mass shooting is insensitive and simply an emotional response, that we should allow cooler heads to prevail and have that conversation with a clear head. But, with the frequency of mass shootings, will we ever get to that kind of place? I doubt it.

Your words of condolence to those touched by gun violence are insincere attempts at masking the true feelings of lawmakers who value the lobbying dollars of the National Rifle Association more than they do human life.

Yeah, that Washington D.C. cop died after being stabbed.

We have seen rows of people mowed down by vehicles.

We have seen people blown up by homemade bombs.

But, nothing has come close to the efficiency of an assault rifle with large-capacity magazines loaded with bullets designed for wreaking human carnage.

Nationwide, there are 106 gun deaths every day, nearly 80,000 serious injuries from gun violence every year. Breaking it down even more, Utah averages one gun death every day. As absurd as it may sound, that is actually a good number in gun violence actuarial figures. In Texas, California, and Florida, the death rate is one every three hours. You won’t find numbers like that in the civilized world.

Hey, I understand that there are other means of killing.

You could use a homemade bomb, a knife, a knee across the back of the neck for eight or nine minutes – all efficient ways of taking human life. But, those numbers pale in comparison with how many people are gunned down, all because lawmakers are pandering to the redneck vote and morally bankrupt bribery of the NRA and its deep pockets.

There have been, even recently, attempts at bipartisan legislation to combat gun violence. Those in favor of meaningful legislation, however, are outnumbered in a Senate bereft of morals, common sense, and accountability leading many to believe that, as usual, we will get a lot of “thoughts and prayers” nonsense, some lip service to “doing something about this tragic problem,” but, in effect, no meaningful results.

We go through this cycle every time there is a mass shooting, faking our outrage, faking our intent to rectify the problem, faking our sincerity, before coming to the overall conclusion that it is too late to do anything because there are too many weapons on the streets, not enough people or interest to remove them, and no other means of ending the slaughter of human life.

I have offered it up before and continue to present it as a reasonable means of legislation that could help.

It would begin with a reinstitution of a ban on all AR-15 and like-designed assault weapons. It would include a federal act that would require deep background checks of everybody who wishes to purchase a weapon of any kind. Background checks would be required not only through commercial sales, but at gun shows and through personal, one-on-one sales. And, if a person using a gun in the commission of a crime did not go through a background check the person who sold the weapon to the criminal would also be punished equally for the crime. Remember, every new gun that has been sold has been sold legally. What happens after its original sale is an entirely different matter. Perhaps it is handled safely, perhaps it gets sold to some gangbanger privately. You never know.

I think we could pretty much forget about collecting the weapons already out there. That is an unachievable goal. The rednecks would be picking off Alcohol, Tobacco, and Firearms agents at a hefty clip if that came about. You could ban or severely restrict the sale of ammunition, except for the fact that it is actually pretty easy to cast bullets and reload your own ammo.

We get a lot of lip service about better screening of mental health patients to ensure they do not get their hands on a gun, but that also seems to go nowhere.

So, unless we make people who claim to be “good gun owners” accountable, we really have little recourse at this point.

Finally, we could use some help in raising our kids to understand that they really do not need a weapon to function properly in this world.

Disputes are going to happen, arguments will occur, but that doesn’t mean disputes or arguments should result in an OK Corral shootout.

I wish the administration luck in its endeavor to make the United States safer, to remove gun violence from the headlines, to eliminate this insanity.

But, to be honest, I don’t see a lot to indicate that it will happen.

Not unless, of course, enough members of Congress grow a spine and remember these words: Thou shalt not kill.