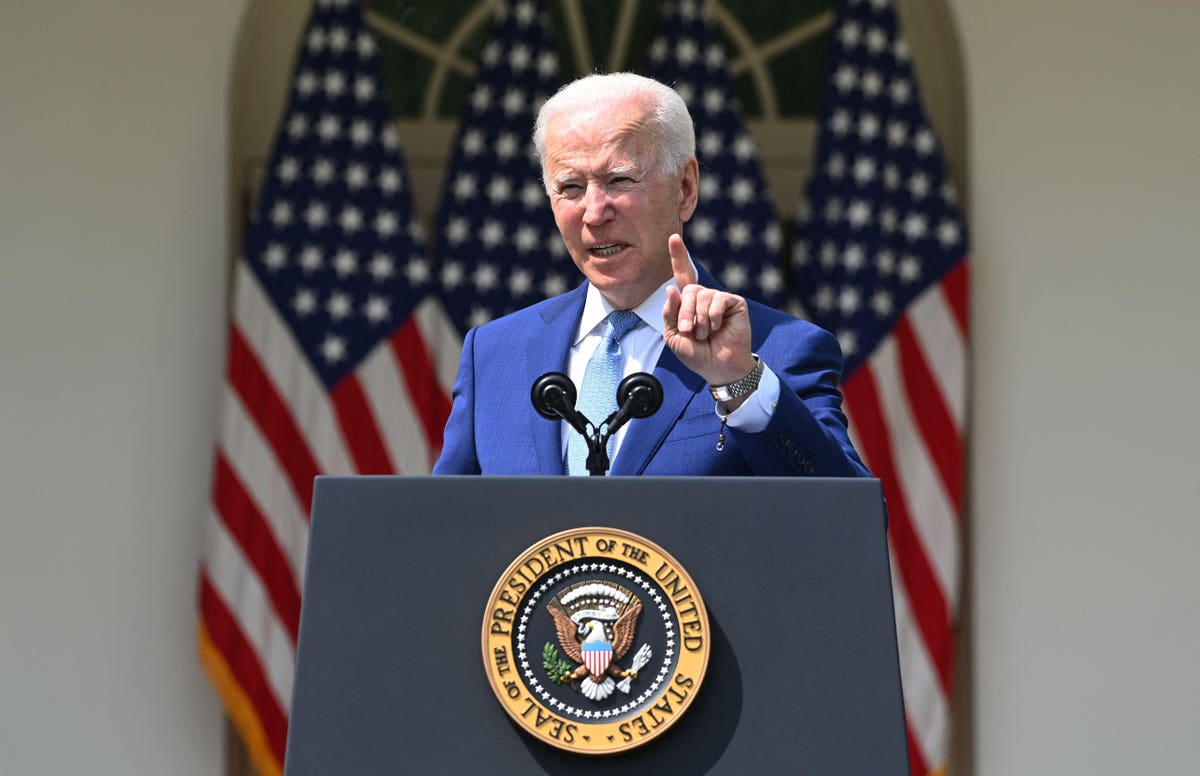 President Joseph Biden’s executive actions on gun control are a shot across the bow for the gun industry, but his more ambitious plan for an assault weapon ban faces long odds in Congress.

“There’s no doubt that the president faces a steep challenge,” said Nick Suplina, managing director for law and policy for Everytown for Gun Safety, a group that supports gun laws.

Suplina said many Americans believe that action from Congress is overdue. But Biden faces a slim Democratic majority in the Senate. While that represents new opportunities for passing gun control legislation, barriers remain.

“I believe the prospect of tightened gun control legislation is certainly a much more likely scenario today compared to last year, given that the Democrats have recently taken control of the Presidency and Senate, and maintained control of the House,” said Rommel Dionisio, gun industry analyst for Aegis Capital.

But he said that “an outright assault rifle ban would be a significant challenge for the Democrats to pass through the Senate, even with their slight majority.”

Biden is under pressure to address a series of mass shootings in March. Speaking from the Rose Garden on April 8, Biden said he was taking several executive actions on gun control, focusing on build-your-own kits for ghost guns and arm stabilizers for pistols.

“This is weak sauce! Where is the fire and brimstone Beto O’Rourke?” said Brian Rafn, a retired gun industry analyst whose family owns shares in Sturm, Ruger
, referring to the former Democratic congressman from Texas and presidential candidate who vowed to ban assault weapons.

Biden said that an arm stabilizer was used in a mass shooting in Boulder, Colorado, last month, where 10 people were killed. The accused gunman allegedly used a Ruger AR-556 pistol, which is a shortened form of AR-15. Biden’s executive order would require arm stabilizers to be registered with the National Firearms Act, requiring a $200 tax and a months-long background check.

“I think it’s extremely exciting that we finally have leadership in the White House that’s taking action on this,” Robin Lloyd, managing director for Giffords, the gun safety group founded by former Rep. Gabrielle Giffords (D-Arizona), who was wounded in a mass shooting in Tucson in 2011.

Lloyd said that violence has reached “crisis levels” and the executive actions announced by Biden are a “first step in doing the many things that his administration can tackle.”

Biden’s campaign plan includes a ban on manufacturing assault rifles and high-capacity magazines for civilians, with buyback programs for existing owners unless they register their weapons under the NFA. In the Rose Garden speech, Biden also mentioned bringing back the assault weapon ban that expired in 2004. Either way, his proposed assault weapon restrictions would have to go through Congress.

Some states have been passing gun laws on their own, while other states are pushing back against restrictions. Meanwhile, the gun control rhetoric has helped to push gun sales to record heights.

In 2013, Connecticut lawmakers instituted universal background checks, limited magazine capacity to 10 rounds and expanded its list of banned assault weapons. This was after the Sandy Hook mass shooting in 2012, where 26 students and educators were killed.

Earlier in 2012, Colorado was the scene of a mass shooting at an Aurora movie theater where 12 people were killed and 70 injured. An assault rifle loaded with a 100-round double-drum was used in the shooting, prompting lawmakers in 2013 to restrict magazine capacity to 15 rounds.

In Florida, following a mass shooting at a high school in Parkland in 2018 where 17 people were killed, lawmakers raised the age limit to 21 for purchasing an assault weapon.

“It always is a concern to the industry that we have laws in the states that could bubble up to the federal level,” said Mark Oliva, public affairs director for the National Shooting Sports Foundation, the gun industry group. “What gun control groups are trying to do is implement things at the state level so they can influence things at the federal level.”

Suplina from Everytown said there’s been “terrific success” by state lawmakers in “advancing gun safety legislation and defeating harmful proposals from the NRA and the gun lobby.”

Some gun companies have relocated factories to states with more lenient laws. Magpul, a manufacturer of high-capacity magazines, vacated Colorado after it implemented magazine capacity limits and moved its factories to Wyoming and Texas. Beretta moved its U.S. factory from Maryland to Tennessee after Maryland imposed restrictions on assault weapons, including its ARX line of rifles.

Gun laws have been met with pushback, and not just by gun companies. In Boulder, Colorado, a judge struck down the city’s assault weapon ban in early March, just days before the mass shooting there.

On April 8, right before Biden announced his executive orders, Tennessee became the 19th state to allow the concealed carry of handguns without a permit.

Much of this back and forth between judges, states, companies, gun owners and the White House seems to lead, eventually, to the Capitol.

“What we believe is that Congress is not where the fight for gun safety legislation begins, it’s where it ends,” said Suplina.