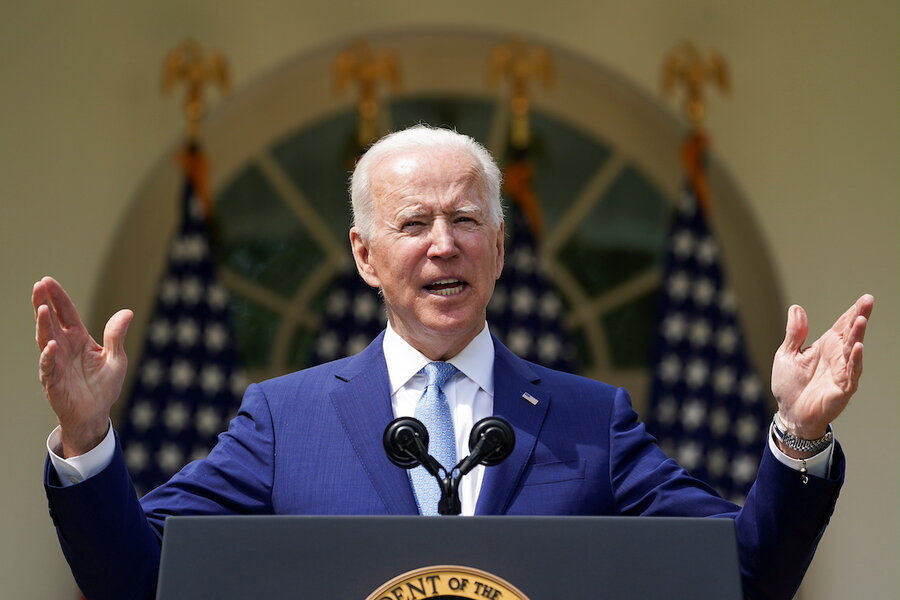 The president’s actions delivered on a pledge he made last month to take what he termed immediate “common-sense steps” to address gun violence, after a series of mass shootings drew renewed attention to the issue, according to the Associated Press. His announcement came the day after a South Carolina shooting incident that killed five people. Last month, eight were killed in the Atlanta spa shootings, and a mass shooting in Boulder, Colorado claimed the lives of 10 people.

Here are some facts about gun violence in the U.S.

How many Americans own guns?

With about 121 firearms in circulation for every 100 residents, the U.S. is by far the most heavily armed society in the world, according to the Geneva-based Small Arms Survey, a research group.

What sort of laws govern firearms?

The Second Amendment of the U.S. Constitution enshrines the “right to bear arms,” which the Supreme Court has interpreted to allow individuals to keep handguns at home for self-defense. The conservative-leaning court may soon decide whether gun owners can carry guns outside the home.

The federal government requires most gun buyers to clear a criminal background check and tightly regulates ownership of machine guns, which are fully automatic, and silencers.

Most other gun laws are set at the state level, where policies vary widely.

Many Democratic-dominated states have tightened their laws in recent years.

California, for example, has banned military-style semi-automatic “assault weapons” and large-capacity magazines and has the most robust “red flag” system, which allows authorities to take firearms away from people determined to be dangerous.

The state also prohibits people from carrying loaded firearms in public – a practice known as “open carry” – and gun owners must get a permit before carrying a concealed loaded weapon.

Gun laws are much more permissive in rural states, including Idaho, Kentucky, and Wyoming.

Mississippi has the most permissive U.S. laws, according to the Giffords Law Center, a gun-control group. Residents of that state do not need a permit to carry loaded weapons, whether openly or concealed, and sales of “assault weapons” and large-capacity magazines are legal. Buyers do not face waiting periods and the state does not have a red-flag law.

Mississippi and 28 other states also have enacted “Stand Your Ground” laws that allow people to use deadly force when they feel threatened.

What impact does this have?

Americans aren’t necessarily more violent than other cultures – but their disputes are more likely to turn deadly, experts say.

University of Iowa criminology professor Mark Berg found that the rates of assault in the U.S. are similar to other countries, but homicide rates are higher due to the prevalence of guns.

Firearms were a factor in 39,740 U.S. deaths in 2018, according to the Centers for Disease Control and Prevention, similar to the number caused by motor-vehicle accidents. Suicides account for 6 out of 10 gun deaths.

Gun rights are one of the most divisive issues in American politics. Supporters see firearms as an important tool for self-defense, target shooting, and hunting, as well as a powerful symbol of individual rights. Critics say America’s permissive approach leads to tens of thousands of deaths each year.

High-profile mass shootings have increased public pressure to tighten regulations. Most Americans support tougher gun laws, according to Reuters/Ipsos polling, but Washington has done little to address the problem in recent years.

One reason: Small, rural states where gun ownership is widespread have disproportionate influence in the U.S. Senate, where a supermajority of 60 votes is needed to advance most legislation in the 100-seat chamber.

The Democratic-controlled House of Representatives passed legislation expanding background checks last month, but it faces long odds in the Senate, which is split 50-50 between the two parties.

With Congress deadlocked, presidents have acted on their own.

After a 2018 mass shooting in Las Vegas that killed 58 people, then-President Donald Trump banned “bump stocks” that allow semi-automatic rifles to fire at a rate similar to automatic ones.

But Mr. Trump, a Republican, also made it easier for people with mental illness to buy guns.

Mr. Biden, a Democrat, aims to tighten regulations on self-assembled “ghost guns” that currently can be sold without serial numbers or background checks and to make it easier for states to adopt red-flag laws.

The political landscape may be changing. The National Rifle Association (NRA) has been one of the most influential gun rights lobbying groups in Washington for decades, but has been hobbled in recent years by infighting. The group recently filed for bankruptcy in an attempt to stave off a legal challenge in New York.

The NRA gave $30 million to candidates in the 2020 presidential and congressional elections, down from $55 million in 2016, according to the Center for Responsive Politics.

Meanwhile, advocacy groups like Moms Demand Action that back stronger restrictions have stepped up lobbying expenses over the past decade, though they still trail gun-rights groups as a whole.

This story was reported by Reuters.