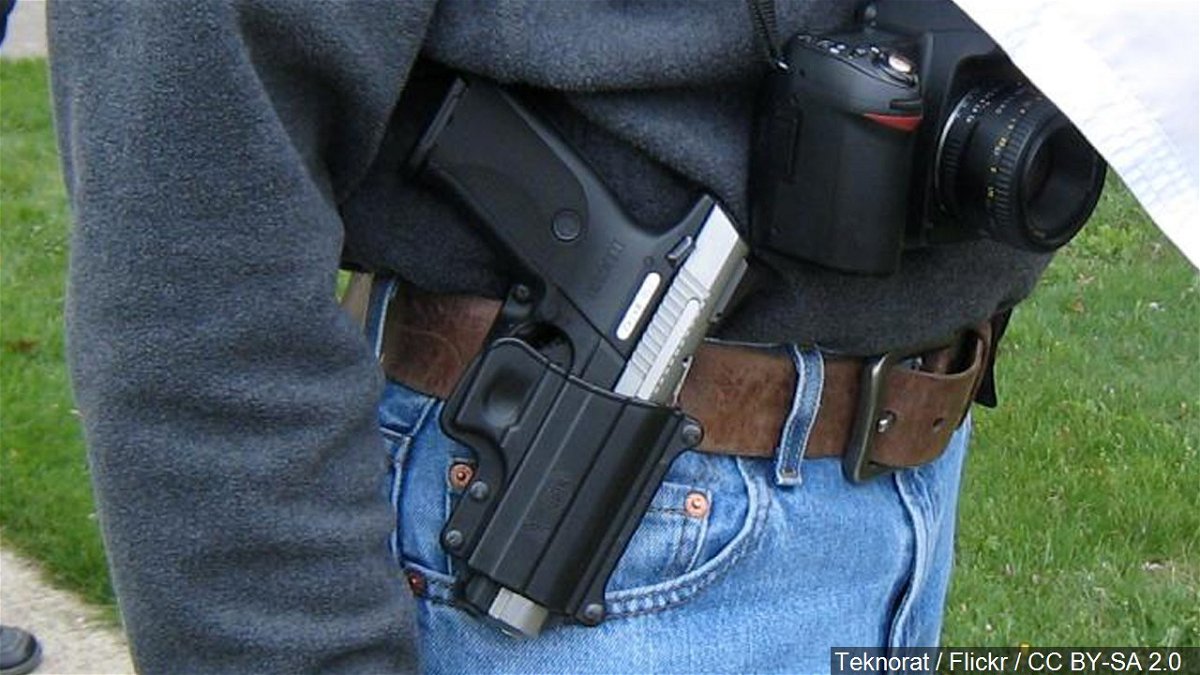 AUSTIN, Texas — Texas handgun owners would no longer need a license or training to carry their weapon in public under a bill that cleared a major vote Thursday over Democrats who railed against loosening gun laws after the 2019 mass shooting at an El Paso Walmart.

Texas has more than 1.6 million licensed handgun owners. But scrapping that required permit has been a long-sought goal of conservative activists in gun-friendly Texas, where the National Rifle Association is currently trying to reincorporate to avoid a lawsuit from New York state, which is aiming to put it out of business over alleged financial abuses.

If approved, Texas would become by far the largest of roughly 20 states that already allow handgun owners to carry their weapons in public without a permit.

But the timing of the GOP-led House passing the bill now — after years of stalled efforts — angered opponents whose chances for tightening gun laws after the Walmart shooting that killed 23 people are fading. Texas lawmakers did not meet in 2020, making this the first year gun-control bills have been filed since the attack.

“Even knowing the political realities, I was hopeful,” said Democratic state Rep. Joe Moody, whose district is in El Paso. “But now here we are, the first legislative session back since then, and it’s another date that’s going to be burned into my head.”

Republican state Rep. Matt Schaefer, who is carrying the bill, repeatedly mentioned the number of other states with similar laws during more than five hours of debate and failed efforts by Democratic efforts to derail or weaken the measure.

The measure has drawn opposition from Texas police chiefs, as well as some firearm instructors who run licensing courses, who critics say have a financial incentive to oppose the change. Obtaining a handgun license in Texas costs between $100 and $150, according to Schaeffer, and applicants must also go through criminal history and background checks.

The bill now goes to the Texas Senate, where its prospects are uncertain. Republican Gov. Greg Abbott has been silent amid calls for gun control and did not mention the El Paso shooting while laying out his legislative priorities in February.