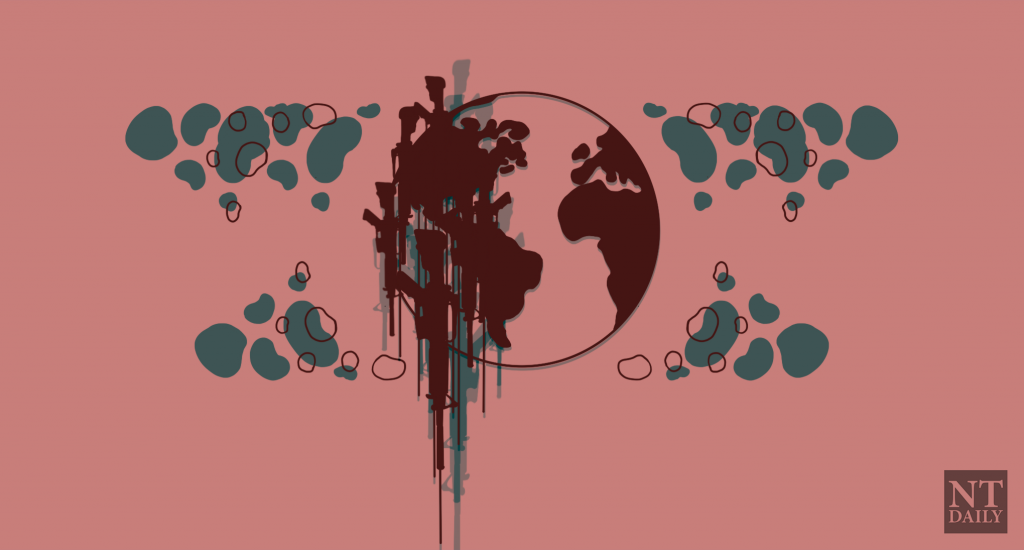 In the wake of more mass shootings, it’s become even apparent how Americans have normalized them. Children regularly participate in active shooter drills at school to prepare them for a situation they should never have to worry about. One-third of adults are so afraid of mass shootings they avoid going to certain events, according to a report published by the American Psychological Association.

The coronavirus pandemic forcing us into our homes was the only real deterrent in preventing mass shootings. Unfortunately, gun violence still increased as people were forced to spend more time with their families or alone with dark thoughts.

Four months into the year and there have already been over 130 mass shootings. Compared to other wealthy countries, America has fewer restrictions on gun ownership and consequently, a higher rate of deaths by gun violence. In 2019, America’s death by gun violence rate was eight times higher than Canada’s and almost 100 times higher than the U.K.’s rate. Clearly, a relaxed approach to gun control doesn’t work and we need to learn from countries that have successfully minimized the threat of mass shootings.

The bravado of American exceptionalism paired with “thoughts and prayers” isn’t enough to meet this moment. We must know when to admit defeat and start making real efforts to control guns. Other countries have become stricter on gun ownership and the results should be enough to convince anyone with a conscience that gun control works in reducing gun violence.

Australia experienced a horrific mass shooting that killed 35 people in 1996. In response to the shooting, the Australian government enacted the National Firearms Agreement, banning automatic and semi-automatic rifles and pump-action shotguns. Another effective gun control method they used was a weapon buy-back scheme which resulted in 640,000 weapons being turned into law enforcement.

Prior to Australia’s deadliest mass shooting, there had been 13 mass shootings within 18 years. In the 20 years after the government tightened gun restrictions, mass shootings completely stopped and there was a sharp decline in gun-related deaths.

The U.K. is another example of a country with effective gun control policies.  In 1996 there was a mass shooting in Dunblane, Scotland which killed 16 children and one teacher. Since then they’ve banned private ownership of handguns and assault weapons, resulting in a significant decline in gun violence. There has only been one mass shooting since gun control restrictions were tightened.

Mass shootings happen more often in America because guns have been ingrained into our culture. Many pro-gun activists view guns as a symbol of freedom, like owning a weapon designed to kill another human is pride-worthy. We have reached a point of normalization and it’s dangerous how accustomed we’ve become to the threat of mass shootings.

We have elected officials who directly profit from promoting gun rights instead of gun control. The National Rifle Association has too much influence over gun laws, they spend about $3 million a year on lobbying against gun control. Second amendment rights aren’t more important than protecting a child’s right to attend school without the fear of being murdered. People shouldn’t have to be afraid to buy groceries, attend a concert or go to the movies.

There are simple and effective solutions to preventing mass shootings, it’s time for elected officials to start acting in the people’s best interest instead of catering to NRA lobbyists.

American exceptionalism has created a toxic atmosphere where gun rights are being valued higher than human life. Mass shootings don’t happen as often in other countries because they have different attitudes toward guns. Australia and the U.K. have proven the effectiveness of gun control while the American body count from mass shootings continues to grow.