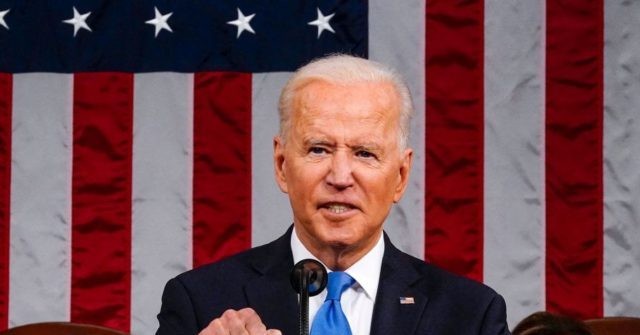 VERDICT: False. The Department of Justice’s National Institute of Justice (NIJ) released a report as the federal “assault weapons” ban was about to expire, noting no reduction in gun crime that could be credited to the ban itself. The Washington Times quoted the report’s lead researcher saying, “There has been no discernible reduction in the lethality and injuriousness of gun violence.”

Biden twice made his claim about the alleged effectiveness of the “assault weapons” ban.

First, he referenced passing the ban in the 1990s, adding, “We beat the NRA. Mass shootings and gun violence declined.”

He later said, “We need a ban on assault weapons and high-capacity magazines again. Don’t tell me it can’t be done. We’ve done it before … and it worked.”

On February 19, 2018, Breitbart News looked back at the NIJ report, noting its findings that “the ban’s effects on gun violence are likely to be small at best and perhaps too small for reliable measurement.”

The Times seized on a portion of the NIJ report which indicated one of the reasons banning “assault weapons” might have been ineffective was because such firearms were “rarely used in gun crimes even before the ban.”

On August 11, 2019, Breitbart News cited FBI Uniform Crime Report numbers showing more people were killed in 2017 with hammers and clubs than were killed with rifles of any kind.

AWR Hawkins is an award-winning Second Amendment columnist for Breitbart News and the writer/curator of Down Range with AWR Hawkins, a weekly newsletter focused on all things Second Amendment. He is the political analyst for Armed American Radio. Follow him on Twitter: @AWRHawkins. Reach him directly at awrhawkins@breitbart.com. Sign up to get Down Range at breitbart.com/downrange.