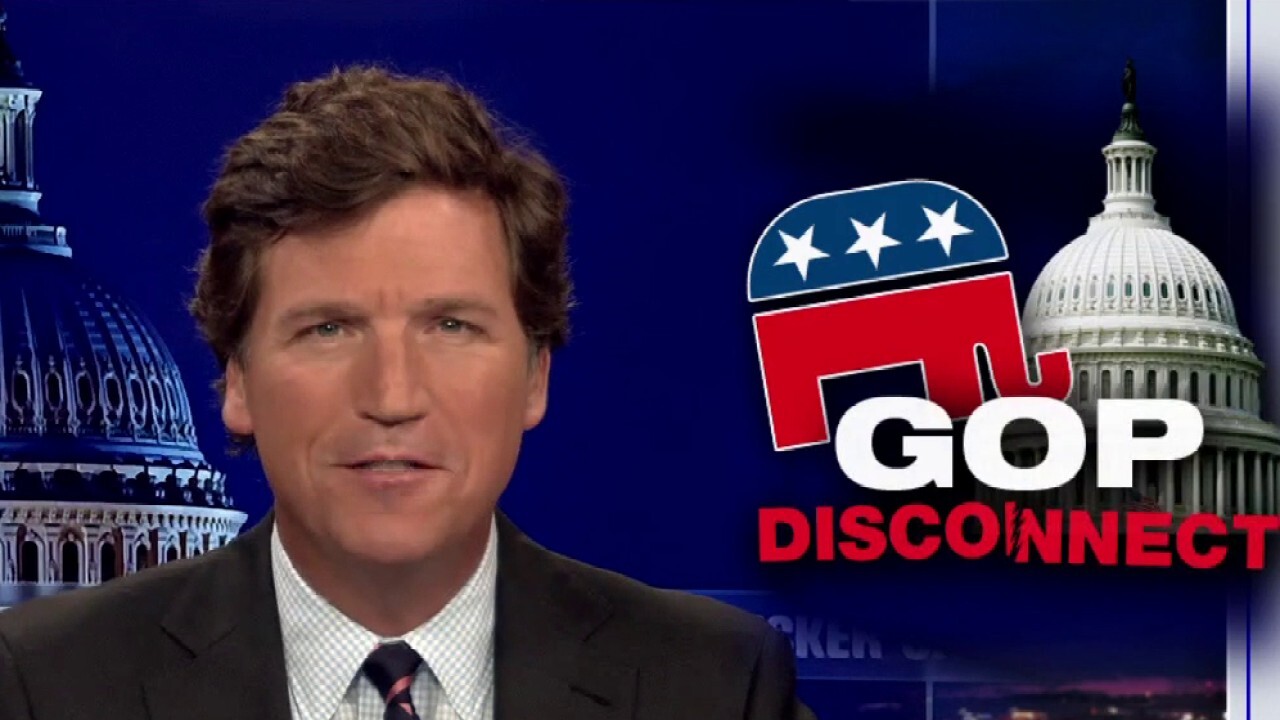 For quite some time now we’ve wondered what’s going on with congressional Republicans. There are a lot of nice people in the Republican Party, but the point of a political party is not to be nice, it is to represent the interests of its voters. That’s the only reason political parties exist. There is no other reason to have them except to represent their voters.

Yet year after year, on issue after issue, the leadership of the Republican Party fails to do that. We’re not guessing about this. We know what Republican voters care about. They tell pollsters all the time. Since they kept getting ignored, in 2016 they elected Donald Trump, just to make it incredibly clear what they cared about. If that wasn’t a wake-up call, nothing would be.

Luntz — Dr. Frank I. Luntz, as he’s often called, at his request — is the Republican Party’s longest-serving message man. For decades, Frank Luntz has told elected Republicans what to say and exactly how to say it. Luntz massages language for politicians. Just this week, the National Republican Congressional Committee (NRCC) invited Luntz to Florida for its so-called “policy summit,” where he was asked to weigh in on the “hot topics.” Luntz’s job was to tell Republicans how to think about the most important issues of the day. We didn’t hear the presentation, but there’s no doubt it was compelling.

Frank Luntz is a smooth salesman. He’s been around for a while. The problem is that Frank Luntz’s views are very different from those of your average Republican voter. Frank Luntz is a conventional liberal. His main clients are left-wing corporations like Google. When Frank Luntz gives advice to congressional Republicans, he’s got Google’s perspective in mind. That’s a huge problem.

We wanted to talk to Luntz about all of this, not to attack him personally, but becaise it’s interesting and it’s important. We texted him an invitation, but he didn’t respond. That’s od,  since we’ve known him well for a long time.

In 2019, for example, he tweeted this greeting, which tells you a lot about him: “This Thanksgiving, let’s give thanks to the men and women of the FBI, CIA, and the intel services.” Even on Thanksgiving, Frank Luntz took time to bow before the powerful.

So why does Frank Luntz remain a fixture in Republican politics at a time when the companies he works for are explicitly opposed to the Republican Party? Well, in part because he is particularly close to House Minority Leader Kevin McCarthy R-Calif., and has been since McCarthy entered politics.

In an interview earlier this year, Luntz described Kevin McCarthy as a personal friend. That relationship gives Frank Luntz outsized influence over the Republican Party’s policy positions. Take the border crisis. Luntz’s view of immigration is very much like Google’s view of immigration: America needs a lot more of it right away. Anyone who disagrees with that is a racist. Now, rather than simply say that out loud — rather than just make his case, in other words —  Frank Luntz slyly dresses up his own personal opinions as a social science.

He’ll conduct something called a “focus group,” a moderated conversation between several people that has no actual relevance to anything. It’s just random people yammering. Your ninety-second exchange with the UPS guy this morning meant more than a Frank Luntz focus group. Yet purely on the basis of that irrelevant conversation, Luntz manages to make pronouncements about the country and how the Republican Party should respond to it. Most of those pronouncements, as you can imagine, tend to comport perfectly with his own views, as well as the views of Google executives.

Axios reported recently on new Luntz findings about immigration. What did Frank Luntz supposedly find out about immigration? It turns out that Republican voters are actually dying to give amnesty to as many foreign nationals as possible. They’re demanding it right away. It’s a top priority for them.

FRANK LUNTZ: They [Trump voters] believe in immigrants and immigration. They are pro-immigration and honestly, I was a little surprised because of what I see in the media. Trump supporters support the DREAM Act. They support these people, who were brought here through no fault of their own, [having] the ability to earn the path to citizenship … We need these people, we actually have an economy that’s expanding, that’s growing.

“We’re all the children of immigrants,” he told us. “We need these people.” Now that may be entirely true, maybe not. We can debate it. But Frank Luntz doesn’t want to debate it. He wants, instead, to pretend it’s established fact and that the Republican Party had better listen and obey. Open-borders activists immediately used Luntz’s “research” to justify what they were already doing.

The National Immigration Forum tweeted out a link immediately. “DACA has bipartisan support,” the group wrote, pointing to Frank Luntz’s opinions posing as research as evidence of that. “Passing the DREAM Act is an opportunity to make real, meaningful progress.”

You see? Amnesty has broad bipartisan support. There’s a national consensus in favor of opening the borders. So Republicans had better get on board, because Frank Luntz’s research proves they definitely want it.

This is pretty close to fraud. Who’s served by it? That’s always the question in Washington. Well, Luntz’s corporate clients are served by it, of course, but the Democratic Party is aso served by it, a party whose priorities Frank Luntz appears to support. In 2012 he told the rest of us that, according to his highly scientific surveys of a dozen people in some shopping mall somewhere, most Americans actually really want the government to take their guns away.

FRANK LUNTZ: The public wants guns out of the schools, not in the schools. And they’re not asking for a security official or someone else. I don’t think the NRA is listening, I don’t think that they understand. Most Americans would protect [their] Second Amendment rights and yet agree with the idea not every human being should own a gun. Not every gun should be available at any time, anywhere for anyone.

Notice the language there. You can protect the Second Amendment even as you gut it. It’s just common sense gun control. Most Americans are for that. Who does that sound like? It sounds like Joe Biden, a man Frank Luntz has been friends with for a long time. Check out the note from Frank Luntz to Hunter Biden on Hunter’s laptop.

Luntz’s comments were Democratic Party talking points. But if you’d like more, there’s this: an interview from last summer in which Luntz explains that the phrase “law and order” is somehow offensive to most people. Keep in mind that at the very moment Frank Luntz was saying this, American cities were on fire and people were dying. Why? Because there was no law and no order.

FRANK LUNTZ: Well I was critical that he [Trump] used the words law and order. He’s assuming that we have the same politics as 1968 … Donald Trump doesn’t realize that you can govern in a strong, stable, successful way and still use language that is warm and kind and empathetic.

If that sounds a lot like something a corporate HR executive might say, you shouldn’t be surprised. As we said, Luntz’s main business is not helping the Republican Party. No, his main business is working for left-wing companies that despise the Republican Party, are horrified by Republican voters and all they believe. Luntz’s long list of corporate clients includes Jeff Bezos’ Amazon, Facebook, Nike, Coca-Cola, Disney, Delta Air Lines, and the Chamber of Commerce. These are the people who pay Frank Luntz’s bills. In his spare time, Frank Luntz tells Kevin McCarthy how to run the Republican Party. You can see the conflict there. You wonder how it’s been allowed to continue.

In case you think we’re overstating Frank Luntz’s allegiance to corporate power, take a look at his Twitter feed.

“Delta employees made them the top-rated airline,” he wrote last January, in what sounded very much like a press release. “That’s something that only good workers can do, not shareholders.”

Not long ago, when Donald Trump called for boycotting Coca-Cola and Delta Air Lines after they interfered, in a very shocking way, in Georgia’s political system, Luntz came to their defense. Of course he did. They’re his clients.

“This left-wing cancel culture is out of control,” he wrote mockingly. Did Coke and Delta send him a bonus for that? We don’t know, but they should have.

Either way, toadying for big corporations pays well. Luntz has even built a replica of the Oval Office in his home.

JOE KERNEN, CNBC: What is that, where are you?

LUNTZ: It was very kind of Donald Trump to give me his Oval Office and I’m very fortunate. This is real, this is a chair, this is not a photograph, this is actually my home in California. This is a 78% [scale] replica of the Oval Office. And over here, as I turn this around, this is the Lincoln Bedroom. So I’m the only person who has an Oval Office that you can actually sleep in and you don’t have to be a presidential intern … And this is a genuine Resolute desk … We’ve got the humidor from Bill Clinton, let me see if I can that in the shot. These are couches from Bill Clinton, this is the whole thing.

The point of this is not to attack Frank Luntz personally. He’s a nice enough guy. The question is to ask what’s really going on here. Would you take medical advice, for example, from Frank Luntz? Should you have to?

If you’ve listened to him recently, he very much wants you to take the vaccine. Vaccines are great. Only a crazy person wouldn’t get the shot.

Frank Luntz hasn’t said a lot, however, about his longtime work for Pfizer. Nor does he brag about his work for Purdue Pharma, the company that got rural America addicted to opioids.

In 2003, as the opioid epidemic devastated entire regions of the United States, Frank Luntz encouraged more people to take OxyContin. Are we making this up? No, we’re not.

“I am a proponent of the pharmaceutical industry,” Frank Luntz told PBS. “I am a supporter of a very famous medication right now, OxyContin, because I think that this is a miracle drug which allows people to get through the day.

“I believe that there are things worth fighting for.” Yeah. Apparently.

According to the lawsuits, Luntz proposed that Purdue Pharma adopt a strategy of emphasizing some quote, “KEY MESSAGES THAT WORK” — spelled in all caps for emphasis. One of those messages: “It’s not addiction, it’s abuse. It’s about personal responsibility.” Got it. So your 19-year-old just died of a drug OD after Purdue Pharma flooded your town with addictive drugs. But stop complaining. It’s her fault she died. It’s about personal responsibility.

This is the guy Republican leaders went to just this week for “messaging guidance on hot topics.” And you wonder why you no longer recognize the party that you vote for.

This article is adapted from Tucker Carlson’s opening commentary on the April 30, 2021, edition of “Tucker Carlson Tonight.”