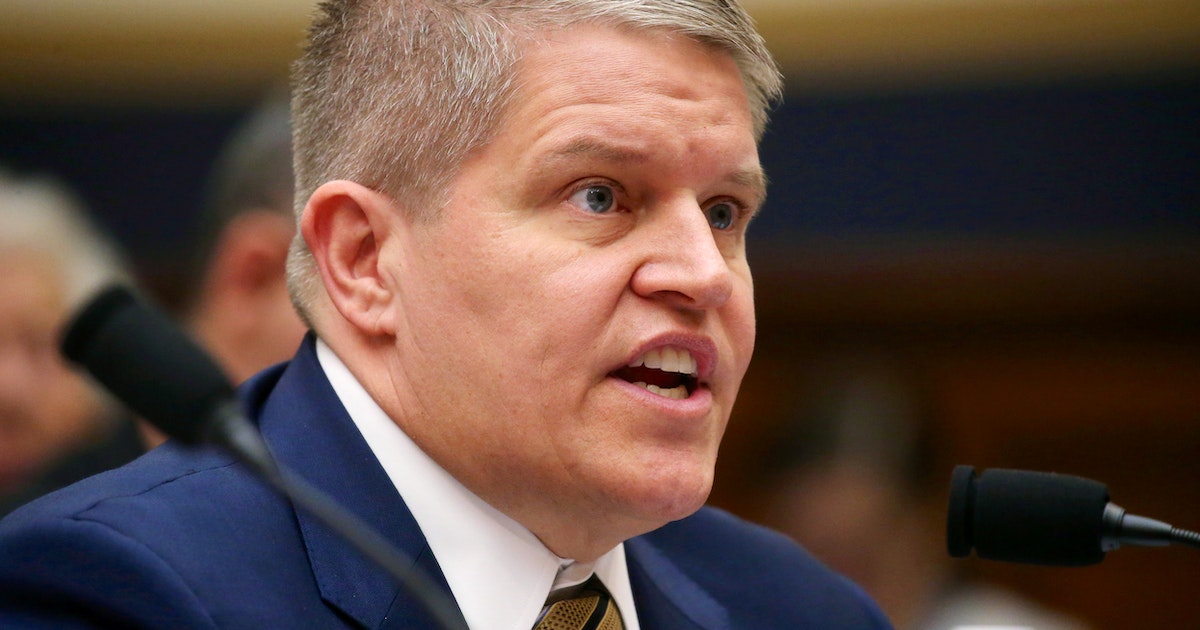 WASHINGTON (Reuters) – Gun control advocate and federal law enforcement veteran David Chipman is no stranger on Capitol Hill, where he has previously urged the U.S. Congress to ban assault rifles and fought against efforts to deregulate firearm silencers.

On Wednesday, he will seek its support for his nomination by President Joe Biden to serve as director of the Justice Department’s Bureau of Alcohol, Tobacco, Firearms and Explosives, a job that is so politically fraught that the Senate has confirmed just one nominee in the last 15 years.

Chipman has served in a variety of roles at the ATF he has now been nominated to lead, but currently works as a policy advisor for Giffords, a gun control advocacy group founded by former Congresswoman Gabrielle Giffords and her husband Senator Mark Kelly after a gunman shot her in 2011.

That role in particular has inflamed objections to Chipman by Republicans, whose party staunchly defends gun rights.

“David Chipman has made it no secret that he is an enemy of the 2nd Amendment,” a group of House of Representatives Republicans wrote in a May 3 letter to Senate Majority Leader Chuck Schumer and Senate Minority Leader Mitch McConnell.

“We respectfully ask you to oppose any and all action that would advance his confirmation in the Senate.”

From 1988 through 2012, Chipman served in various roles at the ATF, including as an investigator in the 1993 World Trade Center bombing and the Oklahoma City bombing in 1995.

He also played a key role during former President Bill Clinton’s administration in rolling out an initiative that aimed to improve the tracing of firearms recovered from crime scenes.

“David Chipman will be one of the most active and capable and savvy and strategic directors that the agency will have ever had if he is named to that job,” said David Kennedy, the Director of the National Network for Safe Communities at John Jay College.

If confirmed, Chipman would be leading the agency at a crucial time. As of May 25, the United States has already seen at least 230 mass shootings this year, according to a tally by the Gun Violence Archive, an online archive of gun violence incidents.

Earlier this month, the Justice Department proposed cracking down on self-assembled “ghost guns,” which have largely gone unregulated because they are often sold without background checks and lack a serial number that can be used to trace them if they are used to commit violent crimes.

Biden has also pledged to support legislation that would ban assault rifles and high capacity magazines.

With the Senate split 50-50 between Democrats and Republicans, Chipman will need support from all Senate Democrats if no Republicans will approve his nomination.

Pro-gun groups such as the NRA and the Gun Owners of America have also been staunchly pushing back against his nomination, with the NRA on Twitter calling on Kelly to recuse himself from voting on Chipman’s nomination and launching a $2 million attack ad campaign.

A photo of Chipman purportedly standing in the rubble of Waco, Texas after the 1993 standoff with authorities that killed 76 members of the Branch Davidian cult has surfaced on social media but a source close to Chipman said he took no part in the incident.

Chuck Wexler, the executive director of the Police Executive Research Forum research and policy organization, said the ATF has been treated differently by Congress than other law enforcement counterparts like the FBI or the DEA, and that it needs permanent leadership.

In recent years, the agency has largely been led by acting directors, which can make it more challenging to change policy.

“It’s a testament to how we see guns in America that this position has become so politicized,” Wexler said. “If he is not qualified, who is?”