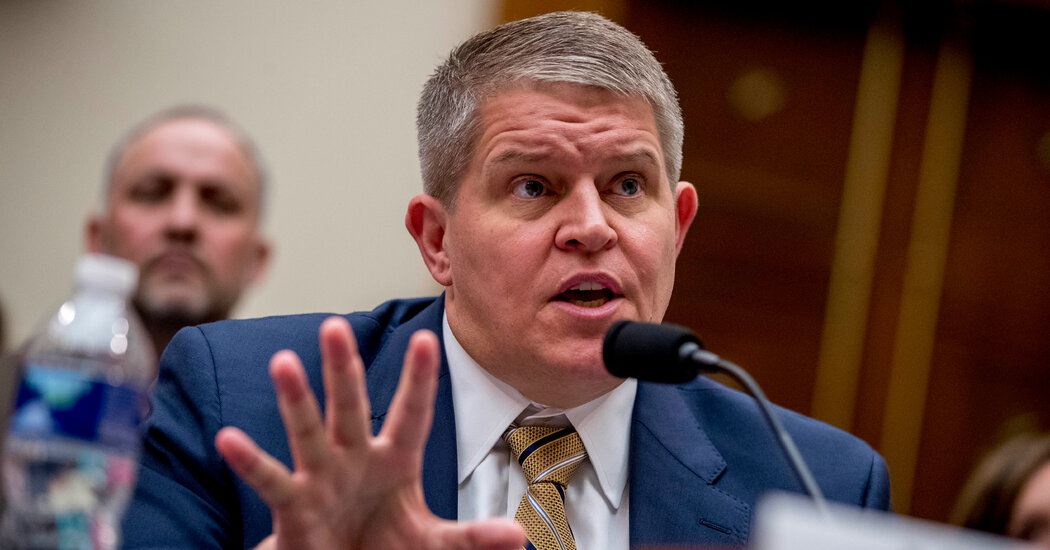 David Chipman, President Biden’s pick to lead the Bureau of Alcohol, Tobacco, Firearms and Explosives, faced withering criticism during his confirmation hearing Wednesday from Republican senators over his history of scathing comments about gun ownership.

Mr. Chipman, a two-decade veteran of the A.T.F. who has served as an adviser to gun control groups, was chosen in part because of his willingness to bluntly confront an industry that has handcuffed the federal agency tasked with enforcing the nation’s gun laws.

But his comments — including a 2020 interview where he jokingly likened the frenzied buying of guns during the coronavirus pandemic to a zombie apocalypse — were the source of repeated questions by Republicans on the Senate Judiciary Committee to a nominee they view as a serious threat.

“Many see putting a committed gun control proponent, like David Chipman, in charge of A.T.F. is like putting a tobacco executive in charge of the Department of Health and Human Services, or antifa in charge of the Portland police department,” said Senator Chuck Grassley, Republican of Iowa and the ranking member of the Senate Judiciary Committee.

As the hearing got underway, news alerts of a shooting in San Jose that killed multiple people began pinging on lawmakers’ phones. “It is not lost on me that there is another mass shooting,” said Senator Amy Klobuchar, Democrat of Minnesota.

The National Rifle Association has mounted a coordinated campaign to sink Mr. Chipman’s nomination, citing his promises to regulate automatic weapons and his support of universal background checks.

The N.R.A. has effectively exercised veto power over the appointment of stable permanent leadership at the bureau, blocking several would-be A.T.F. directors, including a conservative police union official tapped for the post by former President Donald J. Trump.

The gun lobby had led a decades-long campaign to hobble the A.T.F., by fighting funding increases and scuttling efforts to modernize its paper-based system of tracking firearms.

Republicans said Mr. Chipman’s penchant for provocation made him an unacceptable choice, hoping to scuttle his nomination just as a history of inflammatory posts on Twitter doomed the nomination of Neera Tanden, Mr. Biden’s first choice to run his budget office.

Senator Mike Lee, Republican of Utah, grilled Mr. Chipman for saying in jest in an interview last year that some first-time gun buyers were preparing “for end times scenarios and zombie apocalypses.”

Mr. Chipman, who appeared to try to avoid getting into a back-and-forth with Republicans, responded that those remarks were “self-deprecating.” He also deflected questions about his progressive policy advocacy by saying he viewed himself as “a cop.”

A few minutes later, after Senator Ted Cruz, Republican of Texas, criticized him for calling for restrictions on AR-15-style rifles, Mr. Chipman thanked the senator for “offering me a Dr. Pepper” during a private meeting the day before.

The White House was initially reluctant to select a nominee who would provoke such intense opposition, but Mr. Biden decided he needed to take a chance after the mass killings in Atlanta and Boulder earlier this year, White House officials said.

White House officials believe that Mr. Chipman has just enough votes — 50 to 52 in their estimate — to overcome near-unanimous opposition by Republicans.

Two critical Democratic swing votes, Senators Joe Manchin III of West Virginia and Kyrsten Sinema of Arizona, have told Democratic leaders they are likely to support his nomination, provided the hearings go well. Two Republicans, Senators Susan Collins of Maine and Pat Toomey of Pennsylvania, have not ruled out supporting him.