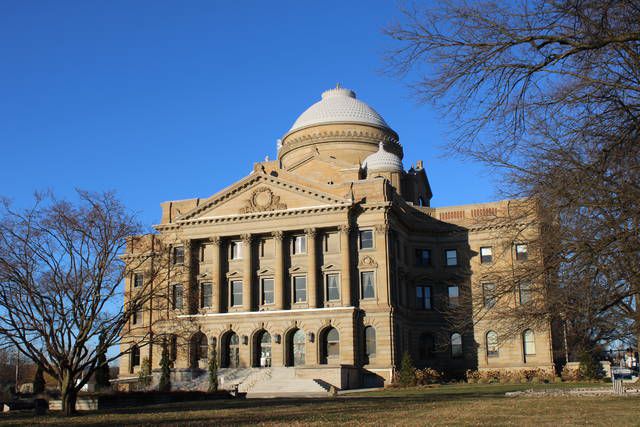 A Luzerne County Council majority voted Tuesday to ask the county District Attorney’s Office to investigate the May 18 primary election.

A council majority also declined to vote on terminating county Manager C. David Pedri, approved an amendment declaring the county a Second Amendment sanctuary and granted a tax break that is less generous than the original one for a project in Hanover and Newport townships.

Councilman Walter Griffith proposed the DA election investigation request, citing an on-screen ballot mislabeling error and other problems that caused many voters to be “disenfranchised and concerned about the integrity of the election process.”

It was unanimously approved by all 10 council members present, with Linda McClosky Houck absent.

County DA Sam Sanguedolce was not in attendance but said Tuesday night his office will investigate any allegations of potential criminal conduct relating to the May primary.

He said his predecessor, Stefanie Salavantis, created an Election Fraud Task Force that remains intact and will review anything forwarded to the office.

“Without integrity in our elections, the public cannot trust the remainder of our democratic process,” Sanguedolce said.

Dominion Voting Systems Inc., which supplied and programs the devices, said “human error” at the company caused the data entry typographical mistake that put a Democratic header at the top of Republican ballots. The county administration also acknowledged the county did not test the ballots after they were programmed into the machines, relying on the company to do that task.

Griffith’s resolution asks the DA’s office to investigate Dominion’s practices and procedures in programming and set-up of the primary ballot, the county election bureau’s review and testing and the election board’s role in election equipment oversight and security.

The DA’s office and its detectives have power to investigate and come back with findings, Griffith said. If there is no criminal activity, the DA can report that so voters have reassurance, he said.

Council Chairman Tim McGinley also announced he will be scheduling a discussion about the Dominion contract and possible options related to the company at council’s next work session June 8.

Councilman Matthew Vough said he believes council must look at getting rid of Dominion due to its performance in the primary.

Several other council members agreed with his assessment.

Councilwoman Sheila Saidman said the company has “done a very poor job” and that the county must “get to the bottom of what happened” with the ballot mislabeling.

“We can’t afford another election to cause this confusion,” Saidman said. “I think it was a disastrous election.”

“This has got to stop. We are undermining faith in the system,” Councilman Harry Haas said.

Councilwoman Kendra Radle said “who dropped the ball” needs to be examined.

“For voters to have trust, we need to find out exactly what happened,” said Councilwoman LeeAnn McDermott.

Pedri had submitted his resignation last week, effective July 6, to accept a president/CEO position with the Luzerne Foundation.

Urban’s resolution argued Pedri should be fired for failing to provide adequate “oversight and direction” in the May 18 primary. Haas and Griffith were the only others to support bringing the matter to a vote.

The sanctuary designation approved by a majority means council is expressing opposition to any state or federal law that unconstitutionally restricts the right to bear arms. Haas had presented the resolution at a recent council work session, saying the idea came from elected officials in Butler Township.

Several citizens have weighed in on the matter in recent weeks, both for and against.

Radle voted for the designation because she is pro-Second Amendment but said she does not believe it should have been brought to council because it is “creating a divisiveness that doesn’t need to be created at the county level” amid an already divisive climate.

Vough said he supports the Second Amendment, but the sanctuary designation has “no teeth.”

McGinley said the resolution is “only symbolic” with no enforcement power. All council members swear to uphold the Constitution, including the Second Amendment, when they take office, he said. He also noted only one of the 76 municipalities has approved the sanctuary designation to date and said he’d be more amenable to county action if a majority of them had taken that step.

Saidman said the designation “means nothing” and is “purely a political matter that has been created by the Republican Party and the National Rifle Association.” Such designations have “caused confusion” with enforcement of gun laws in some other areas, she said.

Council unanimously approved a tax break for Missouri-based NorthPoint Development, largely because it asked for less.

Company representative Brent Miles told council this alteration will yield an additional $575,000 in revenue to the county. NorthPoint and its tenants already have invested half a billion dollars in local projects, including the Chewy.com, Adidas, Patagonia Inc., True Value Company and Spreetail.com properties, he said.

Griffith told Miles he appreciates the company’s “very impressive” projects on mine-scarred land. He commended Haas for pushing to alter the request and the company for responding. Councilman Robert Schnee said the company and its projects are “first class.”

The break is for a $125.2 million development known as the “Bliss Earth Conservancy site.” The 122 acre tract is off Middle Road, with 83 acres in Newport and 39 in Hanover.