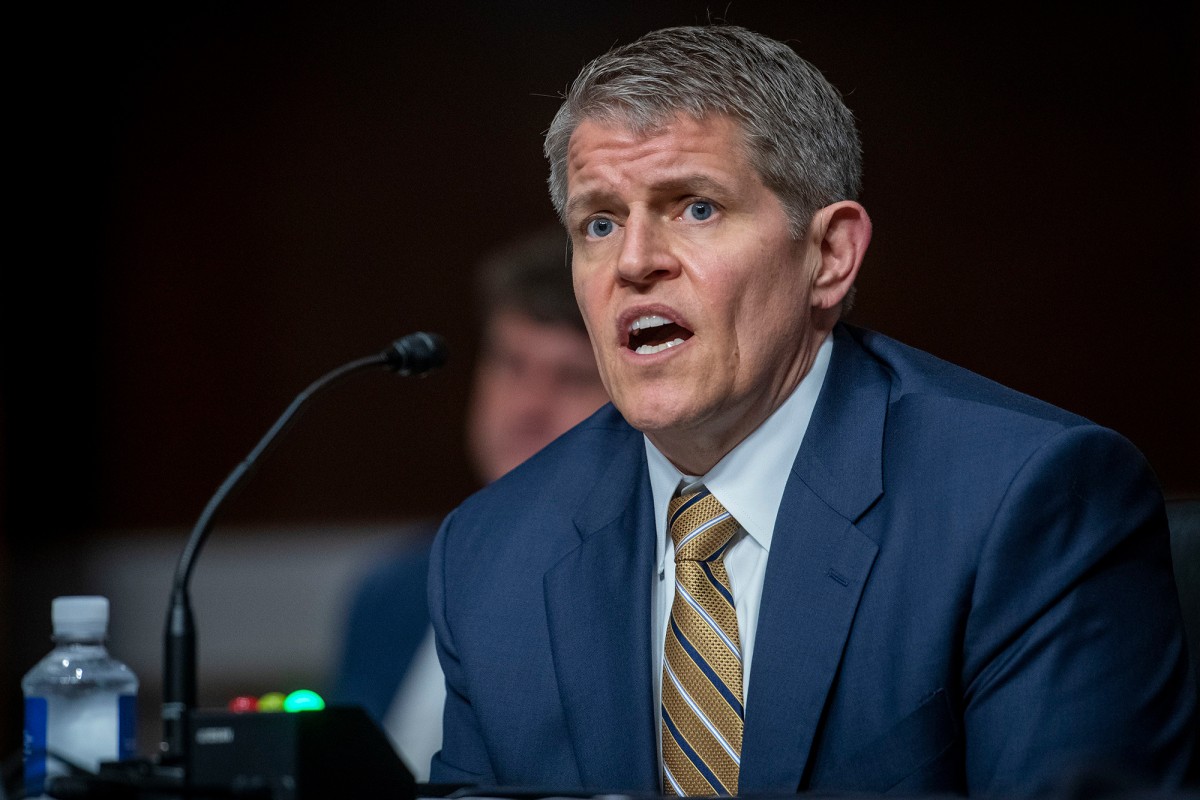 President Biden’s choice to lead the Bureau of Alcohol, Tobacco, Firearms and Explosives (ATF) struggled under questioning from Republican senators at his confirmation hearing Wednesday, declining to identify which guns he would want banned as assault weapons.

“You have called for an assault weapons ban,” Sen. Tom Cotton (R-Ark.) told David Chipman during the Senate Judiciary Committee hearing. “I have a simple question for you: What is an assault weapon?”

“Senator,” Chipman answered, “an assault weapon would be, in the context of the question you asked, what Congress defines it as.”

“So you’re asking us to ban assault weapons,” Cotton answered. “We have to write legislation. Can you tell me, what is an assault weapon? How would you define it if you were the head of the ATF? How have you defined it over the last several years in your role as a gun control advocate?”

Citing firearm sale reports on the southwestern border, Chipman claimed the ATF defines an assault rifle as “any semi-automatic rifle capable of accepting a detachable magazine above the caliber of .22, which would include a .223, which is, you know largely the AR-15 round.”

“So you believe that every weapon that takes a detachable magazine, that can take a .22 round — or .556 in military parlance — should be defined as an assault weapon?” asked a visibly incredulous Cotton.

As Chipman stumbled over his response, Cotton attempted to confirm his earlier answer.

“A detachable magazine that takes a .556 or .22 round should be defined as an assault weapon?” the Republican asked.

“Senator, you asked me if ATF had used this term, and I was sharing with you my knowledge of a program in which ATF has defined this term,” Chipman responded.

“I’m amazed that might be the definition of assault weapon,” Cotton said. “That would basically cover every single modern sporting rifle in America today.”

There is no legal definition of the terms “assault weapon” or “assault rifle.” The National Rifle Association (NRA) uses the military definition of assault rifle, describing it as “a selective-fire rifle chambered for a cartridge of intermediate power.

“If applied to any semi-automatic firearm regardless of its cosmetic similarity to a true assault rifle, the term is incorrect,” the definition on the NRA website continues.

Chipman, a former ATF special agent and senior policy adviser for the gun control organization Giffords, was less ambiguous about the AR-15. He told Sen. Ted Cruz (R-Texas) that “I support a ban” on the rifle, which he was issued as a member of an ATF SWAT team.

Chipman also walked back incorrect claims he made during a Reddit Q&A that members of the Branch Davidians sect members shot down two government helicopters during the FBI and ATF siege of their compound at Waco, Texas, in the spring of 1993.

“I could have done a better job by describing them as being ‘forced down’ because of the gunfire as opposed to shot down, which might have left the impression that they were blown out of the sky, which they were not,” Chipman said. “And I regret that confusion I added.”

Cotton also pressed Chipman on whether he would have the ATF investigate reports that first son Hunter Biden violated federal law by lying about his history of drug use in order to purchase a firearm in 2018.

“Hunter Biden has … published a book and gone on a nationwide book tour conducting numerous interviews stating that he was, in fact, very much addicted to drugs at the same time that he purchased this firearm,” Cotton said.

“This would mean that by his own admission Hunter Biden lied on that form, and by your earlier testimony, committed a serious felony. Should Hunter Biden be prosecuted for breaking this law? … Can I get your commitment that if you are confirmed you will, in fact, look into this matter and refer it for prosecution if you find that Hunter Biden violated the law?”

“I will ensure that all violations of law are investigated and referred to,” said Chipman, who went on to say, “I’m not sure that it has not been investigated.”