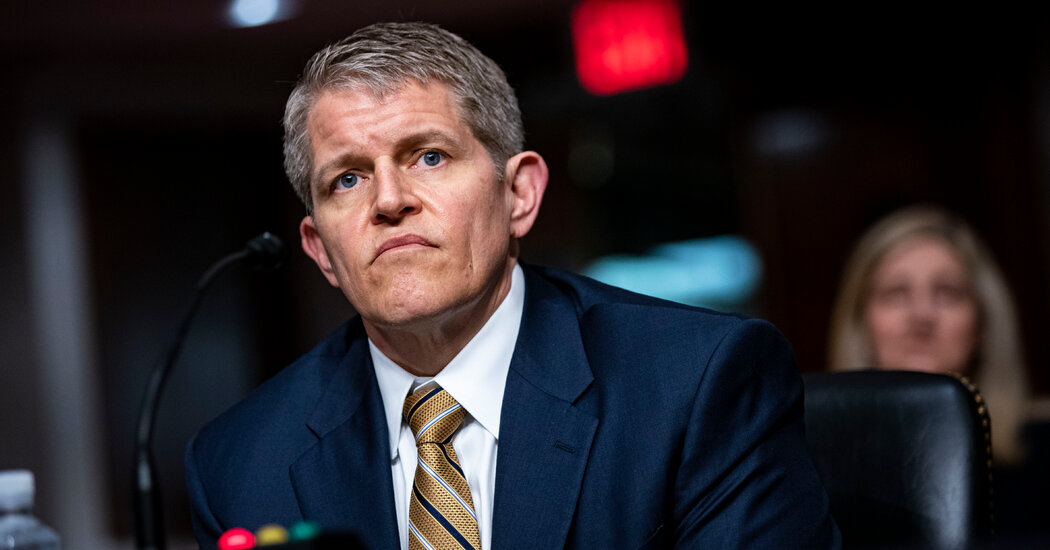 The Bureau of Alcohol, Tobacco, Firearms and Explosives has been without a director for 13 of the last 15 years.

That’s because 2006 was the year when Congress passed a law, pushed by gun rights advocates, requiring the agency’s director to be confirmed by a majority in the Senate. Since then, only the Obama administration has successfully confirmed an A.T.F. director: It did so in dramatic fashion in 2013, with one Democratic senator flying in overnight to help overcome a filibuster.

President Biden is trying to become the second president since 2006 to fill the position.

And his nominee to run the agency, David Chipman, a two-decade A.T.F. veteran, stands a good chance: The Democrats’ two most consistently centrist senators, Kyrsten Sinema and Joe Manchin, have signaled they’re likely to support his nomination — and that may well be enough to get him confirmed, even if Republicans are united in opposition, as the filibuster is no longer an option on presidential appointees.

It would be a boon to a growing Democratic movement advocating more effective gun safety regulation — and a blow to the National Rifle Association, which has consistently sought to kneecap the A.T.F.

Keeping the director position vacant has been “a pretty effective strategy,” said Robert Spitzer, a political scientist at the State University of New York, College at Cortland, and the author of five books on gun policy.

While there is always an interim or acting director, “agencies have directors for a reason,” he said. “You want a person at the top of the chart to advocate for the agency, be its public face, have the prestige of the office, be able to negotiate with members of Congress and the executive branch.”

He said the N.R.A. and its Republican allies had also succeeded in passing a number of amendments, often quietly, that prevented the agency from keeping close track of guns and enforcing even the limited gun-control laws that exist. They’ve accomplished this mostly by keeping the agency’s “appropriations low, limiting their power, preventing them from computerizing their records,” he said.

The N.R.A. — though badly hobbled by its own legal issues — has mounted a $2 million advertising campaign against Mr. Chipman’s nomination. A group of 20 Republican state attorneys general wrote a letter to the Senate Judiciary Committee opposing his nomination and called his views “hostile to our rights and way of life.”

Mr. Chipman faced tough questioning today from highly skeptical Republican senators on the Judiciary Committee, who pressed him for specifics on his support for an assault weapons ban and for universal background checks.

Thanks largely to lobbying from the N.R.A., Congress has passed a number of laws in recent years placing limits on the A.T.F.’s ability to enforce laws around tracking and tracing firearms. The so-called Tiahrt Amendment, enacted in 2003, prevents the bureau from sharing information from its gun-tracing database with anyone other than law enforcement agents actively investigating a crime.

In one of the most glaring examples of legislative undermining, the agency has been barred from upgrading its data-collection systems from paper to digital.

“The fact that the A.T.F.’s record-keeping is still based on paper records is a sign of how effective the N.R.A. has been at hobbling the A.T.F.,” Adam Winkler, a law professor at U.C.L.A. and the author of “Gunfight: The Battle Over the Right to Bear Arms in America,” said in an interview, adding that police forces around the country had had access to cutting-edge technology for decades.

Kristin Anne Goss, a Duke University political scientist and gun policy expert, said that even as the influence of the N.R.A. had waned, Republican lawmakers had grown only more united in their opposition to enforcement of gun control.

But she added that as pro-regulation groups like Giffords and Everytown for Gun Safety had become a more potent force in Democratic politics, they had turned more attention to empowering the A.T.F.

“Historically, the A.T.F. was sort of hung out to dry,” Dr. Goss said. “It didn’t really have any outside backers or interest groups that were taking up its cause. And that has really changed in the last five or 10 years.”

The politics of gun control have indeed become more partisan, a fact that would be borne out in the case of a party-line vote on Mr. Chipman’s nomination. Twenty years ago, about three in five Democrats favored making gun laws more strict, and close to half of Republicans agreed, according to Gallup polling. By last fall, the share of Democrats supporting stricter gun laws had risen to 85 percent, while support among Republicans was down to just 22 percent.

Dr. Spitzer said that if Mr. Chipman were confirmed, he could be in a position to add to the pressure already being exerted by Everytown, Giffords and their allies on Capitol Hill, particularly Senator Chris Murphy of Connecticut.

“He might be able to effectively go to Congress and say, ‘We’re 35 years behind the times — there’s no reason why we shouldn’t be computerized.’ It’s pretty hard to argue in a public way that the A.T.F. should have all paper records,” Dr. Spitzer said.

“The N.R.A. does best when it’s operating in a low-key, behind-committee-doors manner,” he added. “If you bring things into the light, it makes it a more prominent issue and helps someone like Chipman make the case for the importance of an agency like the A.T.F.”

The clock is ticking for President Biden. He has a choice to make: compromise with Republicans, as he has emphasized he wants to do, or bypass them to push his agenda through with fellow Democrats.

On today’s episode of “The Argument,” Jane Coaston was joined by two people who disagree on whether Biden’s push for bipartisanship is the right move. Jason Grumet is the founder and president of the Bipartisan Policy Center, and Aaron Belkin is the director of Take Back the Court, which calls for expanding the Supreme Court.

You can listen here and read a transcript here.