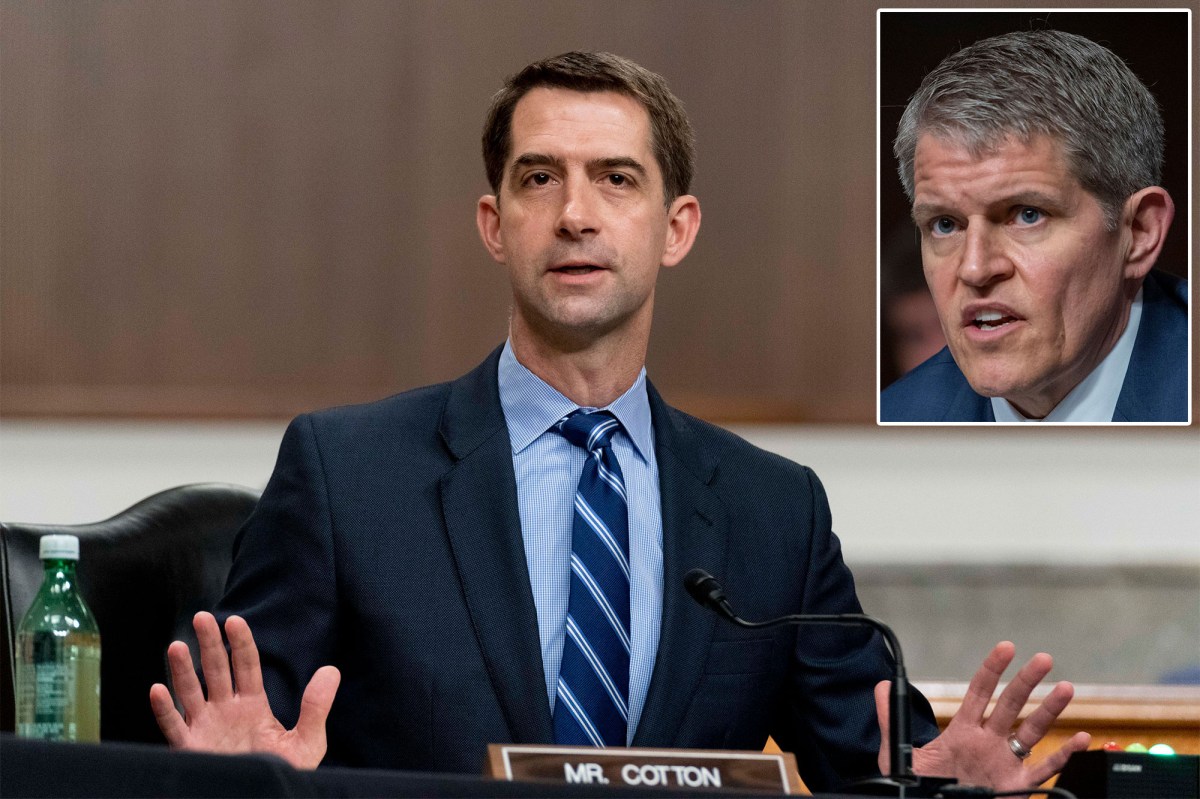 The would-be head of the Bureau of Alcohol, Tobacco, Firearms and Explosives (ATF) is a “notorious gun-grabber” who wants to ban “tens of millions of firearms,” Sen. Tom Cotton (R-Ark.) claimed Wednesday night.

Hours earlier, Cotton tried to pin down David Chipman at his confirmation hearing on the question of which “assault weapons” he would like to see covered by gun control legislation.

“He couldn’t answer it, Laura,” Cotton told Fox News’ “The Ingraham Angle”. “The reason he can’t answer it is, there is no such thing as an assault weapon. It’s a term that’s made up by liberal lawyers and pollsters in Washington who are trying to scare Americans into acquiescing and to gun confiscation.”

During his confirmation hearing before the Senate Judiciary Committee, Chipman suggested that the ATF defined an assault weapon as “any semi-automatic rifle capable of accepting a detachable magazine above the caliber of .22, which would include a .223, which is, you know, largely the AR-15 round.”

Cotton described that response as “very illuminating and very troubling.”

There is no agreed-upon legal definition of the terms “assault rifle” or “assault weapon”. The National Rifle Association uses the military definition in defining an assault rifle as “a selective-fire rifle chambered for a cartridge of intermediate power” and rejects applying the term to semi-automatic weapons.

Chipman, a former ATF special agent and policy adviser at the gun control group Giffords, did confirm that he supports a ban on ownership of AR-15 style rifles, which are semi-automatic weapons.

ILA | Oregon: Faulty Gun Control Ballot Measure Summary Approved
ILA | California: Appropriations Committees Pass Anti-Gun Bills to Floor
Brian Kemp Slams Stacey Abrams for Something She Didn’t Do — but He Did
‘I am Running to Rid Connecticut of the Blumenthal Blight’
A late word from Trump reframes CT GOP primary for U.S. Senate