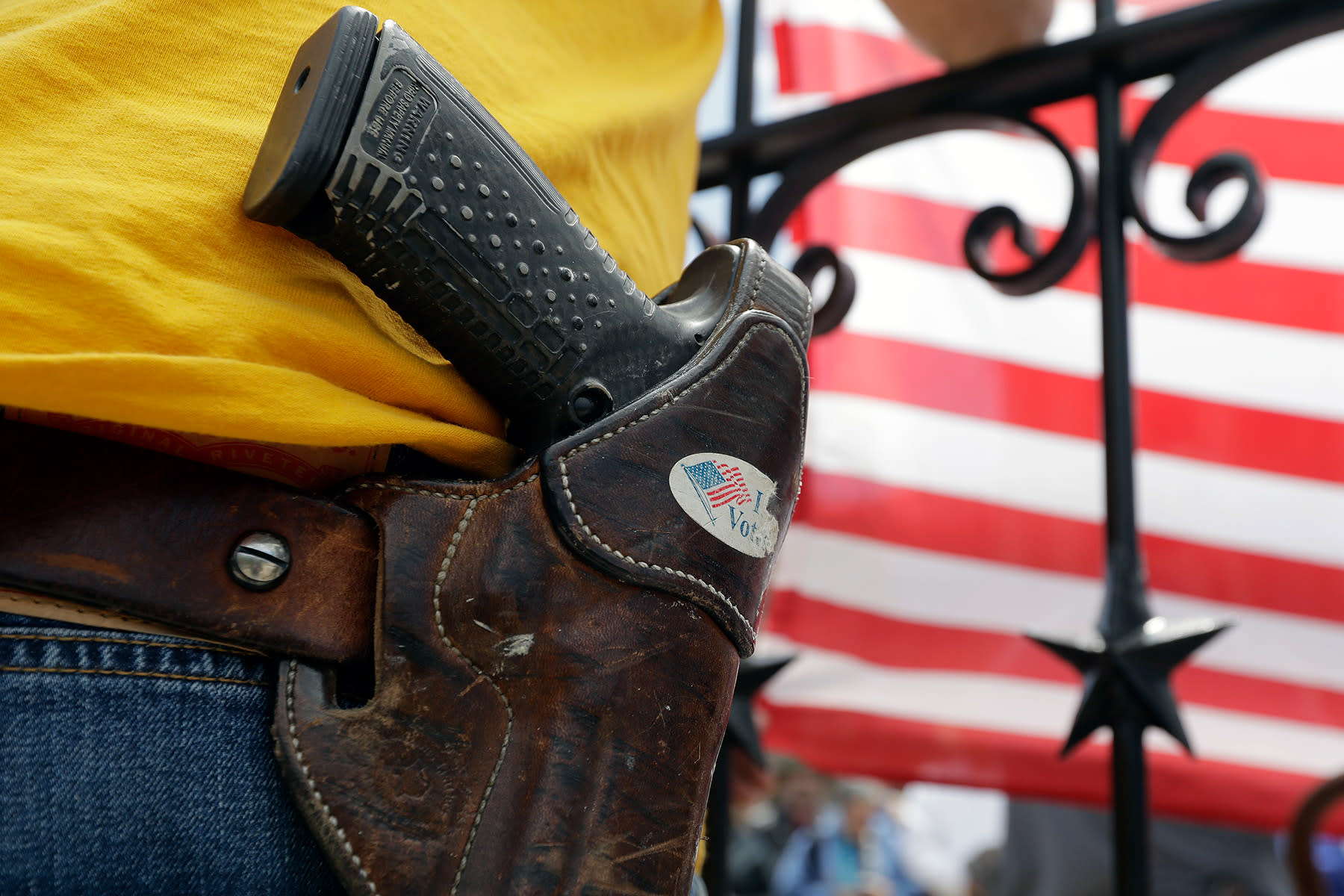 Texas is on the verge of becoming the most-populous state in the nation to allow permit-less carry of handguns, meaning any adult who can legally obtain a gun can take it to town, without any training or certification. It’s the firearms equivalent of abandoning drivers licenses. The governor, Greg Abbott, is a big fan of what gun advocates term “constitutional carry,” and has signaled he’s eager to sign the bill into law.

Despite recent high-profile legal troubles, related to alleged corruption by top leaders, the National Rifle Association is claiming the Texas legislation as a significant victory for its members, and for second amendment rights. “A right requiring you to pay a tax or obtain a government permission slip is not a right at all, that’s why the NRA is proud to have worked closely with state leaders and legislators to pass the most significant pro-Second Amendment measure in Texas history,” said Jason Ouimet, executive director of the NRA’s lobbying arm. “Our members worked tirelessly to provide the crucial grassroots support to make constitutional carry a reality and restore the rights of law-abiding Texans.”

While blocking new federal gun regulations in Washington D.C., the NRA has been effective in advancing state-by-state laws that encourage gun owners to bring weapons outside of the home. According to the gun group, Texas will be the 21st state to abandon permitting for handgun carry in the U.S. (With the notable exception of Vermont, they are mostly bright-red and purple states.)

The new law will let any Texas adult who obtains a firearm take that deadly force to town without any prior training. The law ends requirement for fingerprinting, background checks, safety training and shooting proficiency. This will leave Harley drivers far more regulated than gun-packers in Texas. (In addition to a driver’s license, motorcyclists must obtain a Class M license, after first passing an approved motorcycle safety course and presenting that certificate to the Department of Public Safety.)

The end of permitting is not popular. Nearly 60 percent of Texans oppose the new law. Many see it as affront to the memories of victims of recent mass shootings in the state, including in Odessa and El Paso. “What a slap in the face this is to all of those people who have asked us, and pleaded and begged, that we finally do something about the epidemic of gun violence,” said state representative Chris Turner, chair of the Democratic caucus.

The public safety impact of permit-less carry is not well studied. (Research on the health impacts of guns has, in fact, been actively suppressed due to the influence of the NRA.) But according to the anti-gun-violence group Everytown, these new laws are associated with an increase in gun crime. “States such as Alaska and Arizona, have experienced an increase in the rate of aggravated assaults with a gun since the enactment of permitless carry legislation,” the group notes.

The Republican state representative who authored the measure insisted that the existing permitting regulations were no deterrent to crime. “The simple truth is that those that intend evil, those who are criminals, don’t care what we do in this building,” he said, adding: “We are charged with defending the freedoms that are owed to Texans and guaranteed by the Constitution.”

ILA | Supreme Court Signals It May Rein In Federal Rulemakers
White House gears up to promote Joe Biden’s wins during August lull in Washington
‘She Doesn’t Tell Us the Truth’
Opinion | How many nutty stances can the Republican Party take?
Hondo vote a win for families of Uvalde