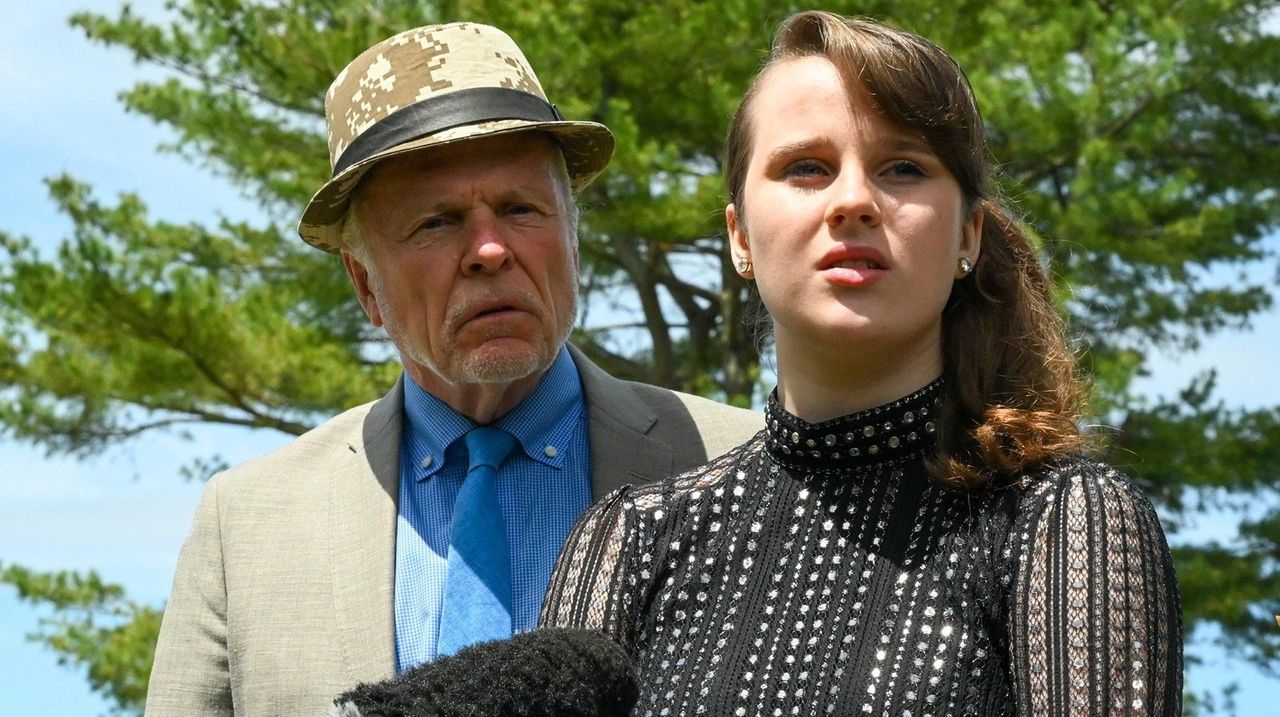 Reasons why Zeldin won’t get my vote

William F.B. O’Reilly neglected to mention several important reasons, besides voting against certifying the election of Joe Biden as president, why many moderates and progressives would not vote for Rep. Lee Zeldin (R-Shirley) for governor [“A reality check for NY Republicans,” Opinion, May 18].

These include his high rating from the National Rifle Association, his anti-choice position on abortion, his anti-environmental positions, his vote to oust Rep. Liz Cheney (R-Wyo.) from her leadership position, and numerous other positions he holds which are, to quote O’Reilly, “anathema to Democrats.”

He will never get my moderate Democratic vote.

How can William F.B. O’Reilly seriously consider Rep. Lee Zeldin as an appealing gubernatorial candidate to Republican leaders because he condones the “Big Lie”? In addition, why would Zeldin be endeared because he voted to remove the most reasonable, truth-abiding Republican, Liz Cheney, from her deserved leadership position?

As someone who voted for former President Donald Trump, I say Zeldin is not my ideal candidate for any political position.

What happened to the Republican Party of old, the GOP, the party of Ronald Reagan?

House Minority Leader Kevin McCarthy now calls it “the big tent party” and all are welcome. He does not seem to care that he supports conspiracy theorists. That’s a far cry from the “party of family values.”

I sure miss the old Republicans.

Under the First Amendment, Newsday, a publication not sponsored by the Port Jefferson Union Free School District, has the right to publish her poem. And it did.

As a retired teacher in Freeport schools and a former newspaper and literary magazine adviser, I commend Newsday’s decision to print the entire poem. Hopefully, the exchange of ideas will encourage productive discussion.

Kudos to Ruby Ray, a 10th-grader, for writing a poignant, insightful poem. It ought to be lauded as an example of educational accomplishment.

Prohibiting the poem’s publication is a disgraceful example of treating a historical event as taboo. It is a spineless concession to pugnacious deniers of facts and stifles critical discussion. Denying publication sends the wrong message to students, educators and society. To honor men and women in blue requires purging police departments of miscreants who abusively treat the public.

Why doesn’t President Joe Biden meet with families of slain police officers at the White House [“Family meets with Biden in Oval Office,” News, May 26]? So many families have struggled after loved ones have died in the line of duty — most recently, Anastasios Tsakos, and many others.

What happened to George Floyd was wrong, and the officer involved is behind bars. I see no reason why Floyd’s family should be honored at the White House. The administration should try honoring upstanding citizens and their families. It’s all about getting votes.

A reader feared that too many electric vehicles would cause long wait times at chargers and used that to argue against the government’s continuing tax credits for Tesla purchases [“Consider obstacles that Tesla drivers face,” Letters, May 25].

He should note that his son’s stated range of 210 miles is far below the 350-plus that current Tesla Model 3 Long Range vehicles get and more than 50 miles less than their base model gets. Few drivers need to charge from zero to 300 miles, which might take as long as he feared, but they can charge 20% to 40%, which generally would be more than enough to return home and takes less than half the time.

Perhaps if this country really invested in its infrastructure, electric-vehicle chargers would be as plentiful as gas stations. What we do need from the government is a universal charger mandate allowing all electric vehicles to charge at all chargers just as all internal combustion engine vehicles can gas up anywhere.