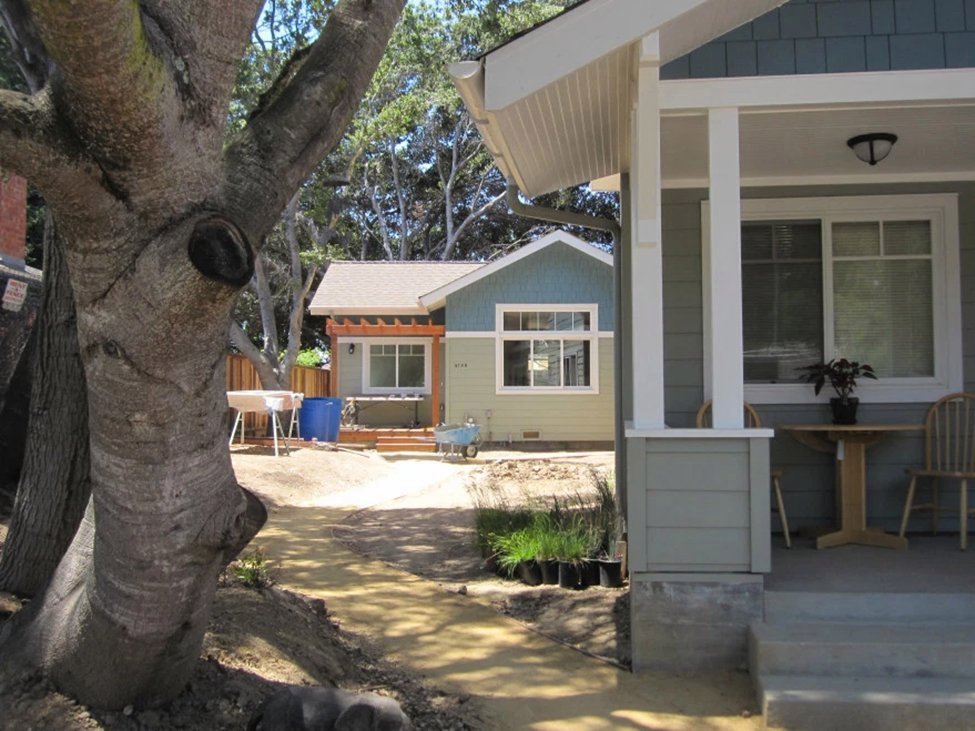 On June 2, the Oakland Planning Commission will review ordinance changes banning of ADUs to accessory dwelling units in most of the Oakland hills.

First, this is not allowed under state code. The California Department of Housing and Community Development, the state governing agency for ADUs, has already advised the city that they cannot prohibit all ADUs in high-fire areas.

Locally, the city of Berkeley had to rewrite its policies after a lawsuit was filed. I would like to prevent the same waste of funds and resources.

As a mother in Oakland, fire safety is an issue I am deeply concerned about. The city should undertake a comprehensive plan to prepare the area for fires that would allow us all to feel safer while allowing the area to support the housing needs of our community, including:

• Limiting parking on one side of the streets.

• Developing an evacuation plan that we actually practice.

After statements by the candidates and questions from board members, and after little discussion, the board voted to put Kristy Dooman Woerz on the board to fill Appleton’s seat. The reason they gave is that Dooman Woerz brings an outside view to CVSan as Appleton did.

It is obvious that Dooman Woerz has absolutely no wastewater or solid waste experience, which one would think is a basic prerequisite for applying for this position.

Nowhere will be safeuntil politicians act

Are we keeping score yet? As of May 26, 232 mass shootings in the United States so far this year, with the latest in San Jose. Another round of platitudes about thoughts and prayers and healing and memorials while the carnage goes on.

No place is safe until this country gets serious about gun control. It will not be easy with the powerful NRA lobby, the Second Amendment crazies who think the Founding Fathers meant for us to arm each other against ourselves, the racists who are protecting us from “those people,” and the general vitriol that persists after the Trump administration legitimized it.

This is a national problem that impacts all of us as we send our kids to school, go to work, attend an event, shop for groceries, mail a package. We must implore our elected officials to do something now, to uphold their oath to “preserve and protect.”

Re. “Mass shooting demands action on gun control,” Page A8, May 27:

I am sorry to say to have to say this, but it will take hundreds (if not thousands) of more mass shootings before we get any significant gun control legislation.

The NRA has much too strong a grip on lobbying to allow for things to change much.

One day we may wake up to face down the NRA, but unfortunately, that day is not today – or tomorrow.

I appreciated Alicia John-Baptise’s oped (“We must fix housing, transportation, jobs, climate, inequality,” Page A8, May 21) encouraging us to think ahead to the Bay Area of 2070. It’s only through taking decisive action, now, on climate, jobs and inequality, that we can secure a prosperous, equitable future for ourselves and our community.

Alongside measures to increase our local resilience to climate disaster, it is vital that we take steps to significantly reduce atmospheric carbon nationally and globally. One way to do that is by passing a national Clean Electricity Standard. A CES will help us move to a 100% clean-electricity grid, by incentivizing power providers to source their energy from renewables instead of fossil fuels. Doing this will create up to 2.2 million jobs in the next 10 years and clean up air pollution that disproportionately impacts communities of color.

California already has a statewide clean energy standard; let’s bring the whole United States along with us.

Re. “President Biden wants bipartisanship to falter,” Page A9, May 27:

Baloney. There is one, and only one reason for the failure. That reason is Sen. Mitch McConnell. This man has done everything in his power to block, obstruct, kill and diminish everything Democrats have attempted to accomplish. His first words when President Obama was elected were that he was going to do everything he could to make Obama a one-term president. Thankfully, he failed.

He did the same against Bill Clinton and will attempt to do the same with Biden. As far as I’m concerned, McConnell has been guilty of treason for the last 20 years.

I hope Biden steamrolls over McConnell and the rest of the Republicans. Only then will this country really move forward. But blaming everything on others is what Republicans do best.