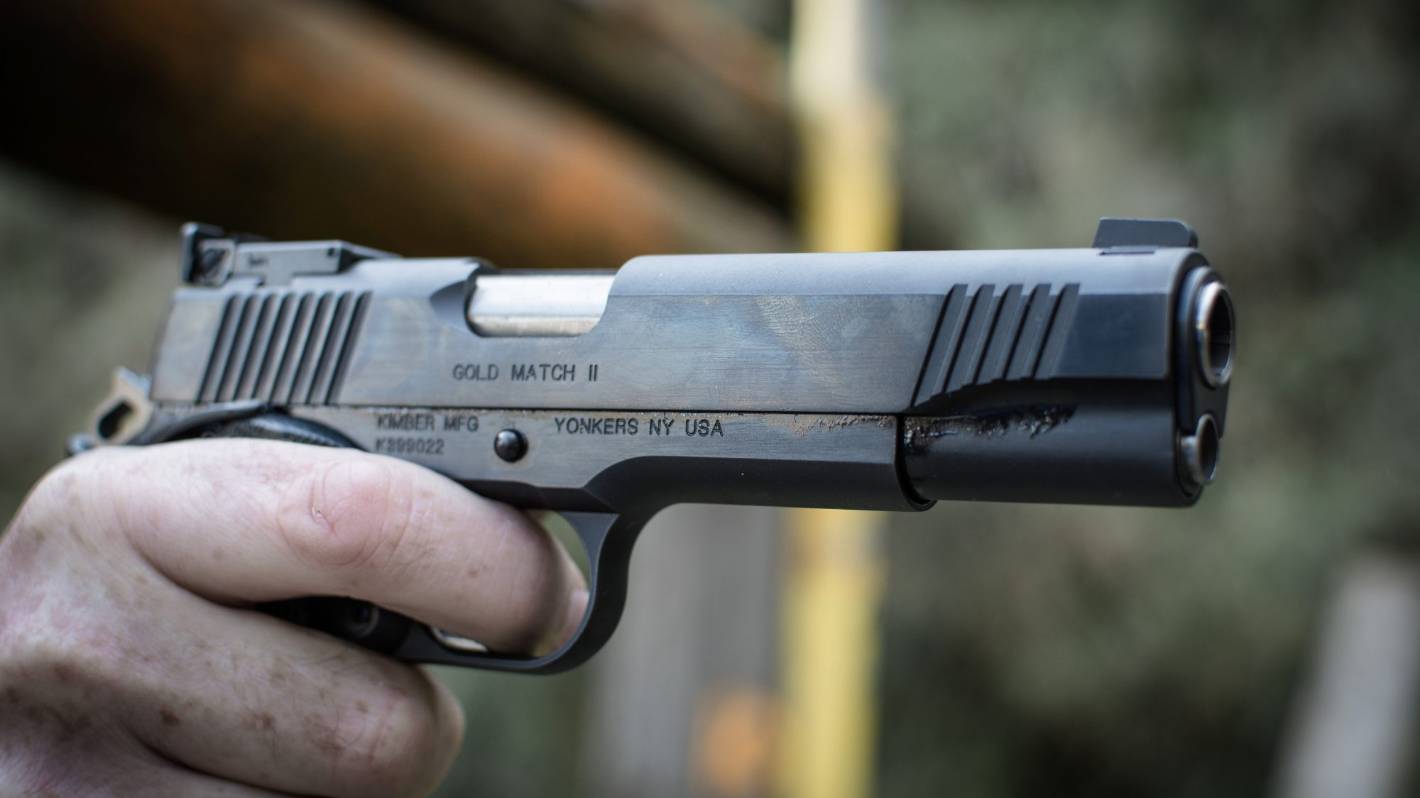 Murder and suicide rates in the US will likely soar if the Supreme Court rules to allow the “concealed carry” of weapons, gun control advocates and former police chiefs have warned.

The highest court in the country has agreed to review a New York law that imposes strict limits on carrying guns outside the home, setting the stage for its first major Second Amendment decision in more than a decade.

The case comes at a critical time as the Biden administration has been trying to tighten gun restrictions in the wake of a spate of mass shootings. Yet at the same time, a number of conservative-led states have been loosening theirs.

The Texas legislature this week passed a bill allowing residents to carry handguns in public without obtaining a licence or training, while five other states recently voted through new or expanded “permitless-carry” laws.

Anti-gun groups have expressed concern over what the Supreme Court ruling would mean not just for the city of New York – the most populous in America which is already seeing an unprecedented level of gun violence – but cities across the nation.

New York has some of the strictest legislation in the country, introduced more than a century ago in response to a spike in homicides and suicides committed with concealed firearms.

As a result, the state now boasts one of the lowest gun crime and murder rates per capita.

A recent study by researchers at Stanford University looked at the impact of right-to-carry laws and found that more than a decade after adoption, they were linked to a 13-15 per cent increase in gun crime.

Alaska, which became the first to relax its rules in 2003, saw a staggering 65 per cent rise in aggravated assaults.

On top of this, the US has experienced something of an arms race in the last year during Covid-19 lockdowns. In 2020, a record 40 million federal background checks were conducted for firearm sales.

The New York case was brought by two men: Robert Nash, who said he wanted to carry a gun in response to a string of robberies in his neighbourhood, and Brendan Koch, who also cited a desire to carry a gun for protection. Both said they had completed gun safety courses but were turned down when they applied for permits.

The current law “makes it virtually impossible for the ordinary law-abiding citizen” to get the necessary licence, said Paul Clement, a lawyer representing the challenger.

“It would mean all of these laws being passed restricting the carrying of guns in public would be deemed potentially unconstitutional,” Brown said, referring to the Second Amendment in the US Constitution, which protects the right to keep and bear arms. “It would upend the very framework of the country’s public safety laws.

“Americans will pay with their lives if these provisions are weakened. We know, we have read the studies, seen the data.”

Bill Bratton, the former commissioner of police departments in New York, warned it would make “an already perilous situation even more dangerous”.

“At the very moment New York is in the midst of a crisis of violent gun crime, the very last thing we need is more guns in our city and no control over who is permitted to carry concealed,” he said.

Andrew Cuomo, New York’s governor, said the city would resemble the “OK Corral” and said “the NRA’s (National Rifle Association) dream of a society where everyone is terrified of each other and armed to the teeth is abhorrent to our values”.

Biden used his first speech to Congress to call for federal gun safety regulation and has already introduced legislation to ban untraceable so-called “ghost guns”, which he says are just the first steps in the battle to fight the “scourge”.

The US House of Representatives, meanwhile, passed a pair of bills to strengthen background checks for gun purchasers.

They have the support of large swathes of the country, 65 per cent of Americans recently answered that they support increases in gun regulations.

Brown believes the pro-gun lobby, including the NRA, which recently filed for bankruptcy, no longer has the hold it once did on Congress.

The NRA’s spending power is waning too. Anti-gun violence advocates outspent the organisation 2-1 in the last two presidential elections.

“People are tired of the mass shootings,” Brown said. “They’re tired of worrying their kids may not come home alive from school.”