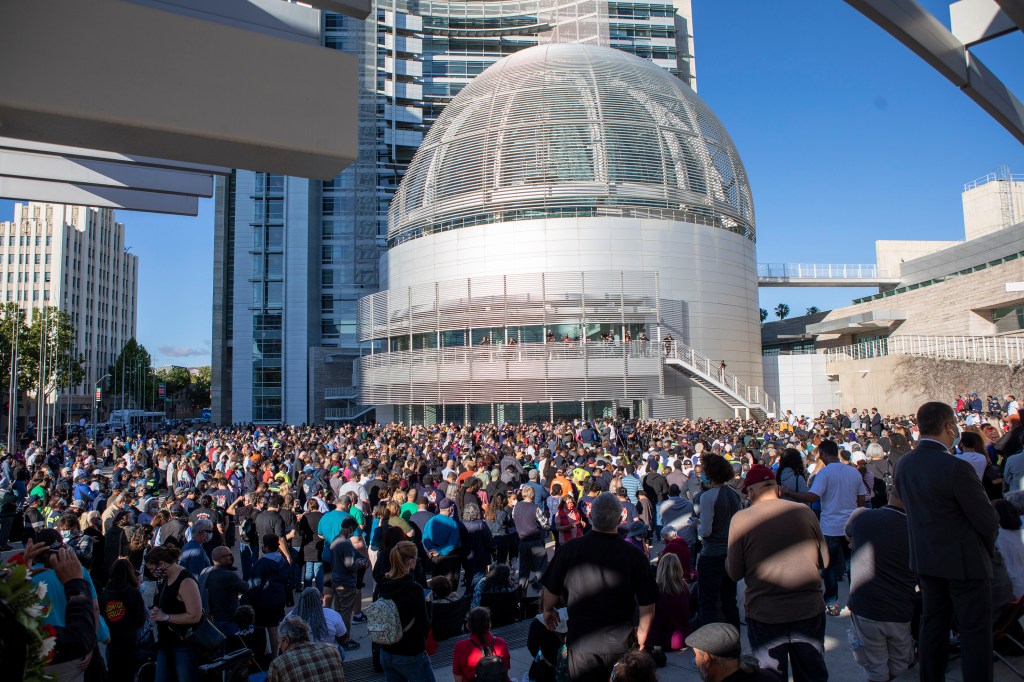 Rather than gun laws,
focus on mental health

Another mass shooting. For me, gun prohibitions are no deal. Fixing the “why” societal issues that push many to violence, let’s talk.

The truth is many Americans are in crisis, their lives are in a downward spiral. We are angry, depressed, on edge. People are snapping with both self-harm and harm to others.

Happy, thriving people rarely harm themselves or others.

Re. “Mass shooting demands action on gun control,” Page A8, May 27:

I am sorry to say to have to say this, but it will take hundreds (if not thousands) of more mass shootings before we get any significant gun control legislation.

The NRA has much too strong a grip on lobbying to allow for things to change much.

One day we may wake up to face down the NRA, but unfortunately, that day is not today – or tomorrow.

Nowhere will be safe
until politicians act

Are we keeping score yet? As of May 26, 232 mass shootings in the United States so far this year, with the latest in San Jose. Another round of platitudes about thoughts and prayers and healing and memorials while the carnage goes on.

No place is safe until this country gets serious about gun control. It will not be easy with the powerful NRA lobby, the Second Amendment crazies who think the Founding Fathers meant for us to arm each other against ourselves, the racists who are protecting us from “those people,” and the general vitriol that persists after the Trump administration legitimized it.

This is a national problem that impacts all of us as we send our kids to school, go to work, attend an event, shop for groceries, mail a package. We must implore our elected officials to do something now, to uphold their oath to “preserve and protect.”

These killings have two things in common. Guns were used. Mental issues drove most of them. The handwringing over guns will predominate the discussion. Doing something about mental health and a treatment facility in Santa Clara County will get a yawn.

There is no budget item to address the availability of guns because it isn’t a budget problem. There is no budget item for a mental health facility because our county supervisors, past and present, are not concerned enough. And it would cost money that isn’t there, or the focus is on pandering to some other “worthwhile” effort – “Opportunity Housing” as an example.

We have mental health cases all over Santa Clara County. It is time to have a facility that can take them in or address their problems. Shame on us all for not speaking up.

With fire rating set, regular
insurance would be nice

In regard to Amanda Brown-Stevens’ op-ed (“How Biden’s infrastructure plan can accelerate resilience,” Page A6, May 26): The California FAIR Plan does incorporate incentives to increase resilience.

Re. “President Biden wants bipartisanship to falter,” Page A9, May 27:

Baloney. There is one, and only one reason for the failure. That reason is Sen. Mitch McConnell. This man has done everything in his power to block, obstruct, kill and diminish everything Democrats have attempted to accomplish. His first words when President Obama was elected were that he was going to do everything he could to make Obama a one-term president. Thankfully, he failed.

He did the same against Bill Clinton and will attempt to do the same with Biden. As far as I’m concerned, McConnell has been guilty of treason for the last 20 years.

I hope Biden steamrolls over McConnell and the rest of the Republicans. Only then will this country really move forward. But blaming everything on others is what Republicans do best.

The reason Donald Trump is so popular with white people is simple: Whites are becoming the minority race in this country and so eventually people of color will run our country.

That loss of control has the Republican Party scared. The Senate is mostly white males, so they do not want to lose that power either.

If Trump is out of the picture, the Republicans will find another white man to control the party.

Too bad.  Eventually Whites need to accept this change and try to work with all races. As to how long this will take, it will not happen in my generation, which is too bad