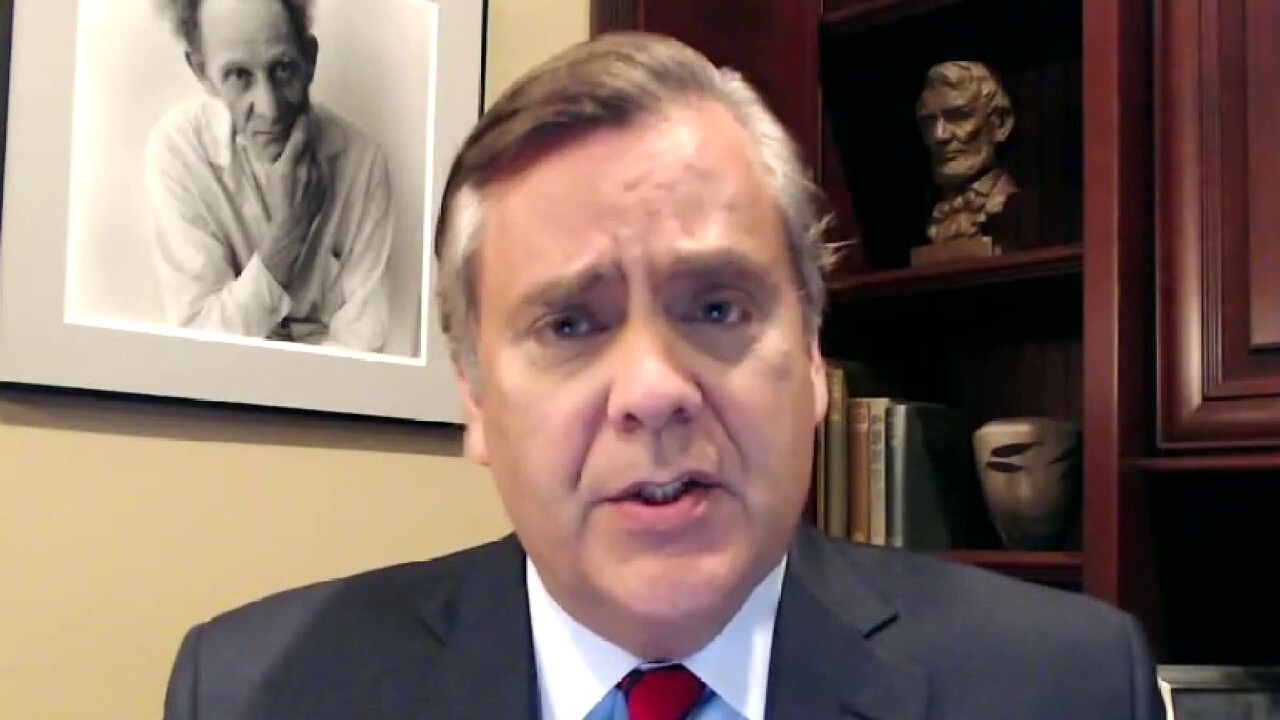 For many years, there has been a growing disconnect between political promises and constitutional realities in the area of gun control.

Politicians have run on promises of sweeping gun control legislation that would clearly violate controlling case law under the Second Amendment. After every mass shooting, politicians pledge that they will get guns out of society when they know that such promises mislead voters on the range of permissible action in the area.

Despite the columns of many legal experts, that range of legislative action is quite limited as shown last week when a federal judge struck down California’s three-decade-old ban on assault weapons as a violation of the Second Amendment. The decision could be raised in the ongoing consideration of the nomination of David Chipman, who President Joe Biden wants to head the Bureau of Alcohol, Tobacco, Firearms and Explosives (ATF).

In Miller v. Bonta, U.S. District Judge Roger Benitez of San Diego found that the ban on weapons like the AR-15 are based on both a misunderstanding of the weapons and a misinterpretation of the Constitution.

Claims surrounding the AR-15 are often detached from the comparative realities of this and other weapons. The AR-15 and other weapons in its class use an intermediate cartridge that actually is less powerful than that used in a rifle. The appeal of guns like the AR-15 is due to that fact that they are modular and allow for different grips and barrels.

Benitez noted many of the same issues in his decision. He held that the ban cannot satisfy any level of heightened scrutiny. He notes that the popularity of the AR-15 is due to its versatility. In the one controversial line of the opinion, he observed “Like the Swiss Army knife, the popular AR-15 rifle is a perfect combination of home defense weapon and homeland defense equipment. Good for both home and battle.”

The problem is that many politicians like California Gov. Gavin Newsom opposed the decision of the Supreme Court in 2008 in District of Columbia v. Heller affirming the right to bear arms is an individual right under the Second Amendment. The court has repeatedly reaffirmed that landmark decision. In 2010, the court ruled that this constitutional right applies to the states as it does to the federal government since it is one of those “fundamental rights necessary to our system of ordered liberty.”

These cases are controlling, as politicians and commentators are fully aware. Benitez noted “the Heller test asks: is a modern rifle commonly owned by law-abiding citizens for a lawful purpose? For the AR-15 type rifle the answer is ‘yes.’ The overwhelming majority of citizens who own and keep the popular AR-15 rifle and its many variants do so for lawful purposes, including self defense at home. Under Heller, that is all that is needed. … Under the Heller test, judicial review can end right here.”

This is only the latest major ruling by Benitez in the area. In 2017, he struck down the state’s nearly two-decade-old ban on the sales and purchases of magazines holding more than 10 bullets. As recently discussed, the Ninth Circuit upheld his decision, which is now scheduled to be reheard by an 11-member panel. These cases have a very strong chance for review before the Supreme Court given the division across the country and the 6-3 conservative majority on the court.

The decision could have some ramifications in the pending nomination of Chipman as director of the ATF. Chipman is a former ATF special agent and senior policy adviser for the gun control organization Giffords. In his hearing, Chipman declared, “With respect to the AR-15, I support a ban as it has been presented in a Senate bill and supported by the president. The AR-15 is a gun I was issued on ATF’s SWAT team. It’s a particularly lethal weapon and regulating it as other particular lethal weapons I have advocated for.”

The public is constantly being told that electing certain politicians will result in sweeping gun control when the current case law directly contradict such assertions.

Chipman was confronted on the definition of what constitutes an assault weapon. He told the Senate that the ATF defines an assault rifle as “any semi-automatic rifle capable of accepting a detachable magazine above the caliber of .22, which would include a .223, which is, you know largely the AR-15 round.”

That would include a wide array of weapons. Indeed, a statement by Benitez may resonate with some senators:

“This case is not about extraordinary weapons lying at the outer limits of Second Amendment protection. The banned ‘assault weapons’ are not bazookas, howitzers, or machine guns. Those arms are dangerous and solely useful for military purposes. Instead, the firearms deemed ‘assault weapons’ are fairly ordinary, popular, modern rifles. This is an average case about average guns used in average ways for average purposes.”

In fairness to Chipman, he made clear that he would enforce whatever the federal law prescribes in terms of any ban or the underlying definitions. However, he is viewed as an outspoken advocate for banning ownership of weapons like the AR-15, which was just declared as protected by this court.

These are difficult policies and difficult cases. Reasonable people can disagree, including on the meaning of the Second Amendment. What is troubling is the level of misleading and frankly disingenuous discussion of the issue. The public is constantly being told that electing certain politicians will result in sweeping gun control when the current case law directly contradicts such assertions.

That was the case in the 2020 Democratic debates, where candidates made unsupportable claims and promise. For example, now President Joe Biden attacked Sen. Bernie Sanders, I-Vt., over a vote that had favored the gun industry. Biden declared that, since the vote, 150 million Americans have been killed by guns. When people asked the campaign about roughly half of our population dying in gun violence, it said that number was probably more like 150,000.

Nevertheless, many of the candidates promised massive changes. Biden declared, “I want to tell you, if I’m elected, NRA, I’m coming for you, and, gun manufacturers, I’m going to take you on and I’m going to beat you.”

Beto O’Rourke ran on the issue and most famously declared, “Hell, yes, we’re going to take your AR-15, your AK-47.” Biden later declared that he would make O’Rourke a type of “gun czar” for his administration.

Such “hell yes” moments are likely to continue with the approaching 2022 election, but they may meet more judges who say “hell no” in constitutional challenges.

Assault-weapon ban in RI is part of new bill coming to the legislature
How do you win voters over on gun control? Start a TV campaign
GOP congressman seeks alternate legislation to Equal Rights Amendment | A LOOK BACK | News
Baby steps to gun safety
Matt Gaetz urges colleagues to abolish the ATF before it strips Americans of gun rights: ‘Cannot be trusted’