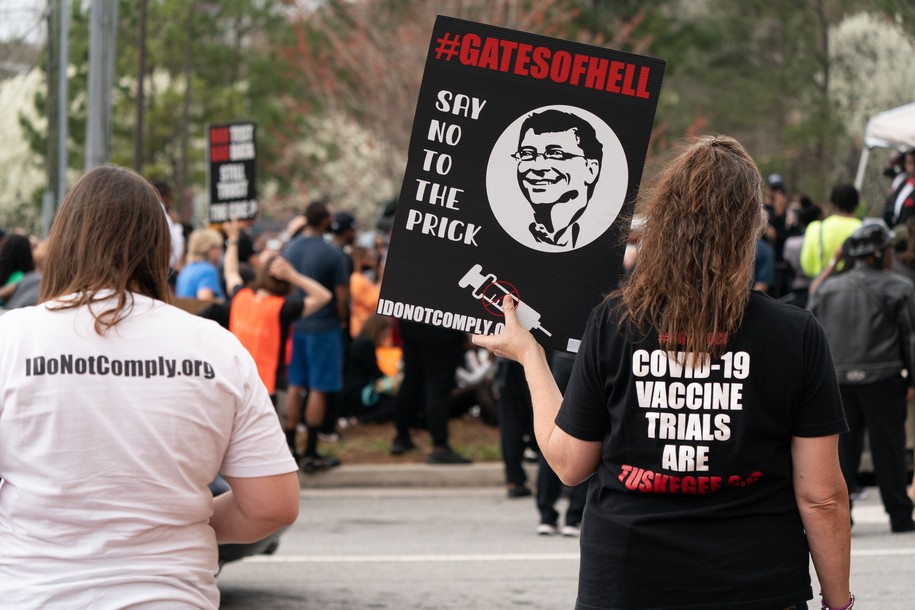 In a Friday night news dump, a California judge issued a ruling announcing that the state’s assault weapon ban, in place since 1989, was unconstitutional because reasons. It caused a stir primarily for using language that sounded conspicuously like what the National Rifle Association and American militia groups have long been spouting in their newsletters and pamphlets, and mostly for Judge Roger Benitez’s comparison of weapons designed explicitly for mass murder to a “Swiss Army Knife.” An AR-15 rifle “is a perfect combination of home defense weapon and homeland defense equipment,” Benitez said in his ruling. Whether he had his pants on while writing that sentence is unknown; whether he cribbed it exactly from a gun manufacturer’s ad is … probably worth exploring.

That is not, however, the only bit of bizarre editorializing in the ruling. Judge HasAHead also took it upon himself to opine that assault weapons actually are far less dangerous than … the COVID-19 vaccine. “The evidence described so far proves that the ‘harm’ of an assault rifle being used in a mass shooting is an infinitesimally rare event. More people have died from the Covid-19 vaccine than mass shootings in California.”

If I were head dictator of judgeships this one would be off the bench in five seconds flat for putting the “harm” of assault-rifle-assisted mass shootings in scare quotes, but I ain’t and he’s not. The part that’s getting more heat is that U.S. District Judge Roger Benitez appears to be flat-out lying in that second sentence, and that’s us saying it nicely.

The Washington Post fact-checks Benitez on this one, but to anyone who does not live entirely inside Tucker Carlson’s inflamed colon the problem here should be obvious. The number of people who are believed to have died from the COVID-19 vaccine is, at this time, approximately zero. There has been some very public speculation as to whether some of the vaccines might cause an extremely rare form of blood clot, one that may have killed three people in this country after millions and millions of doses, but the data is not conclusive and the clots seem to appear in the unvaccinated general population at roughly similar rates.

Meanwhile, mass shootings continue to be a regular occurrence in California, just as they are elsewhere. Even if you presume all three deaths suspected of being vaccine linked were indeed caused by a vaccine, it’s not even close.

All we can assume here is that this particular judge is referring to far-right conspiracy theories about the vaccine from the dark nether regions of the American political psyche. It’s possible we can attribute the blatant factual error to Fox News and to Tucker Carlson’s white nationalist conspiracy show, but the suggestion that lifesaving, normality-saving vaccines are killing people in greater numbers than AR-15s does feels more like something plucked more directly from the Q crowd, from frothing far-right militias, or both.

Unfortunately, there’s no particular recourse for this sort of judicial conspiracy peddling. For particularly grotesque behavior on the bench, the House and Senate can remove a federal judge via impeachment, but that is reserved for only the most egregious of cases and “is factually wrong when issuing weirdly premised opinions” isn’t it. This is why, in fact, the Republican-held Senate was so obsessive in filling as many judicial vacancies as possible with hard-right ideologues while blocking nominees from a Democratic administration: stuff the benches with hard-right conspiracy theorists, hard-right conspiracy theories become the stuff that governs us. The judge’s ruling is absolutely certain to be appealed, but the Supreme Court is itching to undo a century of laws itself and will probably not let the unending goofiness of this written opinion stop it from writing a more dignified goofy version that scrubs out the most embarrassing parts.

So far, though, there’s been no ruling from hard-right judges declaring that making fun of bad judicial opinions kills more people each year than AR-15 “freedom bringers” do, so we can at least point and shake our heads here. Maybe it’s cathartic. Maybe it’s whistling past the graveyard.