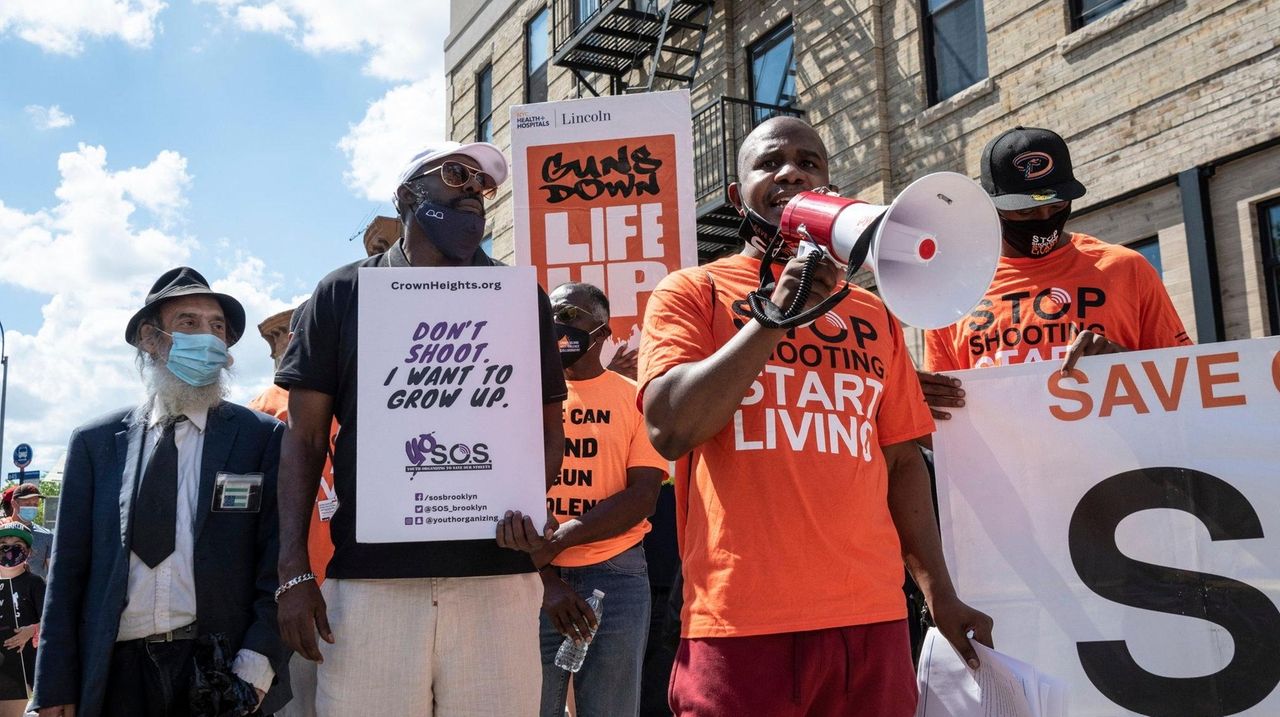 ALBANY — The State Legislature on Tuesday passed a bill that supporters say will be the first law in the nation to allow firearms manufacturers and sellers to be sued for the use of their guns in crimes, ending their immunity from lawsuits under federal law in New York.

The Legislature on Tuesday also passed bills aimed at untraceable “ghost guns.” This is the final week of the 2021 legislative session.

The firearms measure seeks to end immunity from civil lawsuits to make the few unscrupulous manufacturers, distributors and retailers more accountable for adhering to laws governing the safety and sale of firearms. A state Attorney General’s Office report stated that 74% of shooting deaths in New York involved guns from a small number of distributors who provide most of the firearms used in crimes.

Sponsors of the bill say that if all manufacturers and sellers could face lawsuits for their products, they would make sure that firearms are safer and not provided to distributors who sell guns without following record-keeping and safety requirements in law.

The bill passed 43-20 in the Senate and 96-53 in the Assembly along party lines, with Republicans opposing the measure.

“Over the past year, neighborhoods across New York have been struggling with a sharp rise in gun violence,” said the bill’s co-sponsor, Sen. Zellnor Myrie (D-Brooklyn). “Communities of color, from Brookhaven to Buffalo and every place in between, are besieged by an influx of guns from other states, sold and manufactured by companies with little interest in how their products are used or misused … enough is enough.”

Myrie said the measure is the first of its kind in the nation and will strike a balance between “a multibillion dollar gun industry and the New Yorkers terrorized, injured and killed by its products.”

Get the latest breaking news as it happens.

Assemb. Patricia Fahy (D-Albany) said the measure she co-sponsored isn’t aimed at Remington Firearms and other established manufacturers, but the few smaller distributors of firearms willing to make “straw sales” that hide the recipient and ignore legal requirements.

“It wasn’t just that they got a really exalted level of immunity from civil liability,” she said in an interview with Newsday on Tuesday. “It also knocked out incentives for them to do more.”

For example, Fahy said a lack of liability meant that manufacturers couldn’t be held liable for dealing with disreputable retailers or for declining to add more safety measures to firearms that could better track the flow of the guns.

The measure aims to circumvent a federal law that protects gun manufacturers from civil lawsuits. The 2005 Protection of Lawful Commerce Law protects firearms manufacturers and dealers from most lawsuits over the use of their products. Specifically, the law adopted under Republican President George W. Bush protects the companies and dealers in cases in which people are shot.

The legislature’s novel approach frames firearms under public nuisance law. The measure also sets a high bar for liability: “The existence of a public nuisance shall not depend on whether the gun industry member acted for the purpose of causing harm to the public,” according to the bill text.

The New York State Rifle and Pistol Association, which lobbies with the National Rifle Association on state bills, did not respond to repeated requests for comment.

The similar bill passed by the Assembly Tuesday night would criminalize the sale of gun parts without serial numbers, which can be assembled in kits sold online. These guns have been used in crimes, but are also used by sporting sharpshooters who modify their firearms.

Assemb. Linda Rosenthal (D-Manhattan) said police urged her and other legislators to require all firearms to have serial numbers on parts so that law enforcement can trace them in crimes.

Republicans said the bills were poorly crafted, ineffective and unconstitutional. “The intention is simply to deny the right to bear arms by law-abiding citizens,” said Assemb . Robert Smullen (R-Herkimer). “Taken all together, it’s a violation of the Second Amendment rights of our citizens.”

The Assembly also gave final legislative approval on a 108-41 party-line vote to a companion bill, the Unfinished Receiver Act. The bill, sponsored by Assemb. Charles Lavine (D-Glen Cove) would prohibit the possession and sale of unfinished frames and “receivers” by individuals who are not licensed gunsmiths.

Michael Gormley has worked for Newsday since 2013, covering state government, politics and issues. He has covered Albany since 2001.

This Republican, NRA gun owner has had enough
Opinion | How many nutty stances can the Republican Party take?
Where is the Republican courage on banning assault weapons?
ILA | Supreme Court Signals It May Rein In Federal Rulemakers
Outdoors calendar (through Aug. 27): What to see and do in Western New York | Outdoors