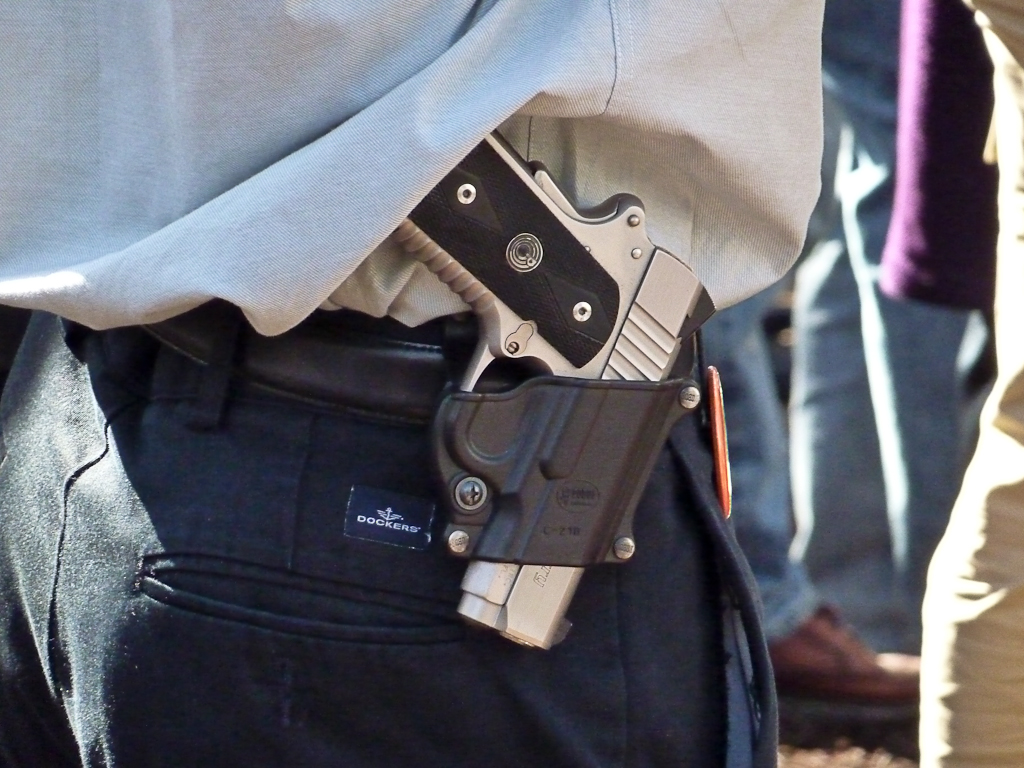 The First Amendment and issues regarding gun control remain a prominent issue of debate in the United States, and the popularity of this issue has grown exponentially over the past decade. With the level of bipartisanship in the country, as exhibited by the stark contrast between the ideologies of Barack Obama and Donald Trump, it’s clear that gun reform will never cease to be a contested issue. But now, even common sense has begun to go out the window. Even with the rise of gun violence over the past few years, Texas lawmakers and Gov. Greg Abbott passed House Bill 1927, which serves as one of the most unrestrictive pieces of gun legislation to date. The effect this may have on not only Texas but the nation as a whole is rather concerning if this serves as a precedent for future legislation.

The current political climate reflects the decades-long clash between the two sides of the political spectrum: one side argues for personal liberty, and the other argues for public safety. Throughout the decades, Republican legislators, the National Rifle Association and other gun-rights advocacy groups have lobbied for and funded legislation to reduce restrictions. In contrast, Democrats and gun-control advocacy groups have firmly maintained opposition.

The federal attitude towards the Second Amendment tends to shift with each presidency, although the attitude towards gun rights within states themselves has been more consistent with state leaders and their values.  Former President Trump’s rhetoric continued previous Republican lawmakers’ policy efforts to protect the right to keep and bear arms. Former President Obama made efforts to curtail gun violence and made it a central theme of his campaign agenda, especially in response to the mass shooting at Sandy Hook Elementary School among others. However, his efforts were unfortunately not as successful due to the presence of Republican opposition.

Texas has shown itself to be heavily dominated by the conservative agenda on gun control, with the state allowing for rifles to be carried openly without the need for a license. This comes in stark contrast with states such as California and New York who have imposed firm restrictions on both concealed and open carry. Nearly two dozen other states allow some form of unregulated carrying of handguns.

But House Bill 1927 may take Second Amendment freedoms to a whole new level as the bill would allow adults 21 and older without a felony criminal conviction to carry a handgun without a license or background check. In other words, Texas may become the most populous state where concealed carry will be allowed without permit, training nor background check in any form.

Though the Sheriffs’ Association of Texas has tentatively stated that it will back H.B. 1927 if some modifications are made, multiple law enforcement officials testified against it while it was in committee. Houston Police Department Commander Jessica Anderson said it could “exacerbate” the problem of violent crime. This concern is shared by nearly all critics of the bill, citing the recent surge in mass shootings that have occurred all over the country, with the most recent few happening solely in 2021 within the span of only a couple months.

To alleviate concerns, lawmakers intended on adding stiffer penalties for felons caught illegally carrying guns, yet law enforcement groups have made it clear that the passage of the bill, even with this provision, would hardly solve the issue of gun violence while exacerbating the difficulty in identifying those carrying a firearm. Another criticism of the bill regards the concern of how this can increase the presence of gun violence, given the multitude of mass shootings over the past few years that were carried out by non-felons who obtained their firearms legally. But Republican lawmakers and gun-rights advocates will still continue to push the horribly flawed logic that “You stop a bad guy with a gun with a good guy with a gun,” despite studies having shown the opposite effect.

However, the most pressing concern is that this bill may set a precedent for future legislation and even potentially affect lawmaking on a federal level. Lawmakers appear determined to move forward with the bill despite clearly going against the wishes of the majority of Texans. This type of legislative process is all too common nowadays with the passage of legislation by the previous administration that only further divided Americans. And with this legislation concerning the right to bear arms, the question remains as to whether or not lawmakers are truly concerned with the safety of their constituents if they’re willing to jeopardize it for political power. In this regard, it’s evident that this is quite the politically savvy move that favors pro-gun groups that have consistently pressured lawmakers to adopt permitless carry laws. For the time being, we can only observe how gun violence is affected by the passage of the bill and whether or not we’ll see a surge in gun violence across Texas.