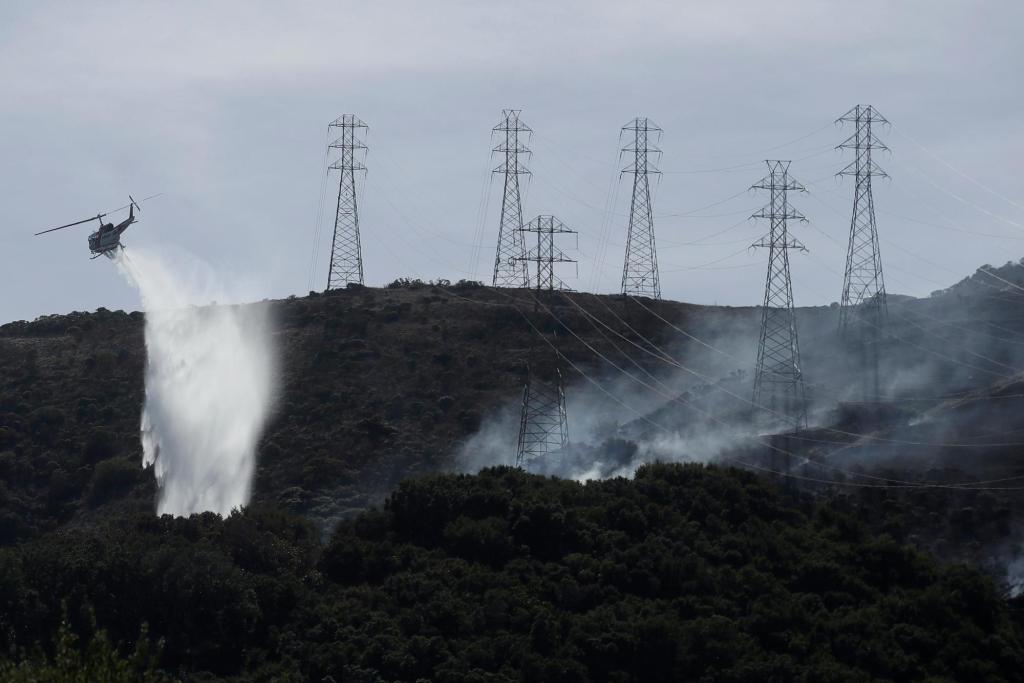 Push is on to burystate’s power lines

We have become complacent in watching our world fall apart and allowing politicians to do the bare minimum or nothing at all to make a difference in the face of devastation. Fires plague California every year—like a rash that will not disappear.

That is where the Bury Fire-Causing Power Lines Now! campaign hopes to make a difference.

California currently has the largest budget surplus we have seen. We hope to use 2% of the state’s huge budget surplus to bury California’s most hazardous overhead power lines. Our effort seeks to convince the Legislature to commit to overcoming the crippling structural obstacle that has blocked our government from burying about 600 miles of overhead lines.

It is due time for our representatives to respond to the cries of their people.

The article on whether tough gun laws prevent firearm deaths (“Do tougher gun laws slow firearm deaths?” Page A1, June 6) failed to address a critical aspect of the issue.

Our patchwork, wildly divergent system of gun laws across the country means that tough laws in some states are significantly undermined by weak laws in others. The article notes that Illinois has a high gun homicide rate despite strict state gun laws. What it fails to note is that a significant percentage of guns used in Illinois homicides are purchased in NRA-friendly states with much weaker laws and then brought to Illinois to kill. Mississippi gun laws are helping to kill children in Chicago.

This is why a federal approach to this epidemic is badly needed. As we saw with COVID-19, patchwork, state-by-state responses don’t work; the failure of one state undermines the progress of another. No state lives in a bubble.

Unsure of vaccine status,mask will be staying on

Being fully vaccinated as of March 19, will I cease wearing a mask in public beginning June 15? The question really becomes: Do I trust anti-vaxxers who are not vaccinated to do the right thing for the common good and wear masks? No chance. They have so far shown their complete disregard for the common good, and nothing makes me think they will change.

While I no longer wear a mask around family or groups of friends who I know are all who are fully vaccinated, I also have to think of the safety of my three grandchildren, ages 8 to 14, who are not yet vaccinated. The moral and ethical weakness of the anti-vaxxers will keep me masked up.

COVID is a virus that lives only until the host’s immune system kills it, or the host dies. COVID constantly needs new hosts to survive.

Now that we have the vaccine, the more people who get it, the fewer chances that COVID can continue to spread, but it’s not dead yet.

Get the vaccine or not? Let’s review the consequences. If you get the vaccine, you run the risk of feeling sick for a day or so while the vaccine reprograms your immune system. The chance of having a very bad reaction is real but is also something like 1 in a million.

Don’t get the vaccine and you can be among the still more than 13,000 who come down with it every day and the hundreds who are still dying daily. There is also the possibility of giving it to someone else.

After reading letters regarding the Second Amendment, I did some quick research as to the intent and wording of it.

The Founding Fathers wanted a counterbalance to an overreaching federal government and thought state militias would provide that. Some states tried this 140 years ago, and it ended badly for them.

There are several versions of the amendment. However, they all state the same thing. Individuals have the right to bear arms in well-regulated militias. This sounds a lot like the police and National Guard today. Nowhere does it state individuals can do this unilaterally. I consider this to be the original Big Lie.

Congress can write laws restricting the caliber and type of weapons individuals own. Since an overwhelming majority of Americans want the carnage to stop, one wonders why Republicans keep blocking all attempts to do so.