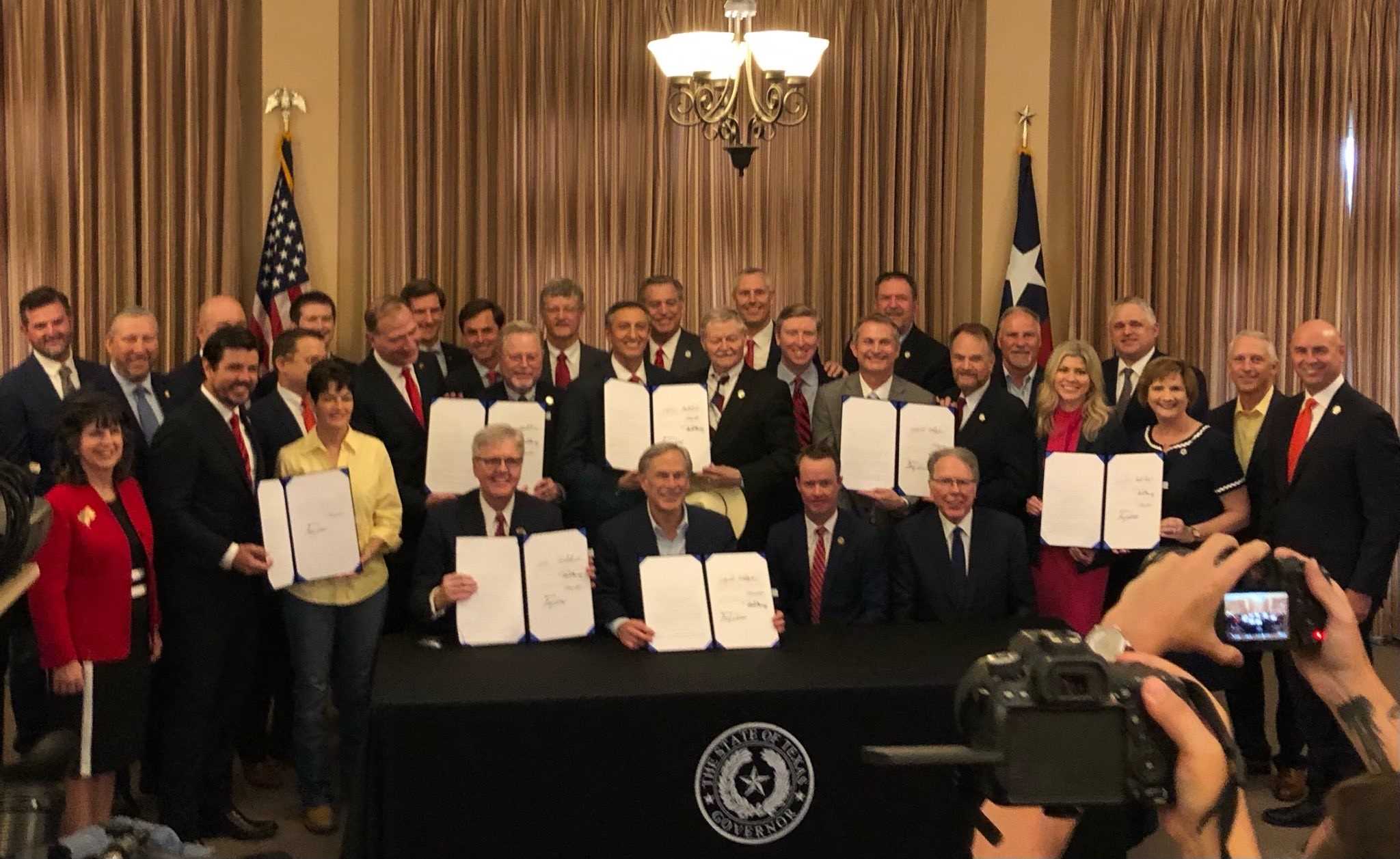 All of your hard work and persistence has paid off!  Today, Governor Greg Abbott signed House Bill 1927, NRA-backed constitutional carry legislation authored by Rep. Matt Schaefer (R-Tyler), into law.  The historic bill signing fittingly took place at the Shrine of Texas Liberty — the Alamo.  Thanks to all your emails and calls to state lawmakers, Texas becomes the 21st permitless carry state in the nation, and rights have been restored to law-abiding Texans who wish to protect themselves and their families outside the home.

NRA issued this press release upon the governor’s final approval of this landmark legislation.

House Bill 1927 does not affect previously-issued Licenses To Carry and allows those who still wish to obtain a license in order to carry in states recognizing Texas permits to do so.  It does not allow anyone prohibited under state or federal law from possessing a firearm, to carry a firearm.  The new law will take effect September 1, 2021.  For more details and FAQ on the provisions of HB 1927, please click here.

Governor Abbott sent out this news release after he signed the monumental bill into law.  Please thank Governor Abbott for demonstrating his strong commitment to, and support for, your Second Amendment rights in the Lone Star State.

The unprecedented success that Texas gun owners achieved this legislative session culminated in Governor Abbott not only putting his signature on HB 1927, but also approving the following NRA-supported bills:

Special thanks go out to HB 1927 bill author, Rep. Matt Schaefer, who spearheaded the effort on constitutional carry and worked tirelessly to pass the measure this session, and to bill sponsor Charles Schwertner for navigating this critically-important legislation through the Senate.

House Speaker Dade Phelan and Lt. Governor Dan Patrick prioritized these key measures and their leadership on Second Amendment issues made this a groundbreaking session for law-abiding Texas gun owners.