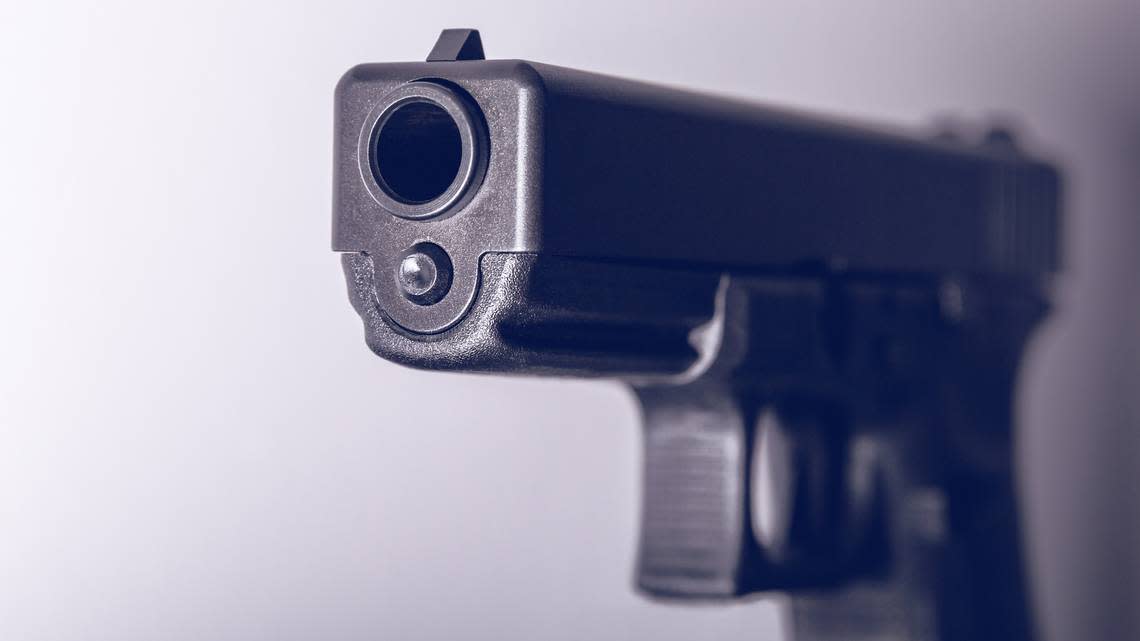 Texans will soon be able to carry a handgun without a license after Gov. Greg Abbott signed a bill allowing for the permitless carry of firearms.

The new law, which goes into effect Sept. 1, allows those who are 21 and older and not otherwise prohibited from having a gun to carry a handgun without a license. Abbott signed House Bill 1927 on Wednesday and held a ceremonial signing for the legislation and other new gun laws on Thursday. He was joined by members of the Legislature and representatives from the National Rifle Association.

“Constitutional Carry is now law in Texas,” Abbott said after adding his signature to the bill at Alamo Hall in San Antonio.

The law prohibits permitless carry for people convicted of certain misdemeanors in the past five years and increases penalties for felons who illegally carry a gun. It also requires the Texas Department of Public Safety to develop a free online course on firearm safety and training.

Texans wanting to carry a handgun have been required to get a license, a process that includes submitting fingerprints to the Texas Department of Public Safety, a criminal history background check and an LTC course with components education on Texas firearm laws.

“I believe that the right to defend yourself and your family is given to us by God,” said Rep. Matt Schaefer, the bill’s author and a Tyler Republican, in a Wednesday statement. “The Second Amendment stands to ensure that right can be exercised, and infringements contrary to that right must be removed. Laws only constrain law-abiding citizens. Fools and criminals don’t care what laws we pass. My faith is with law-abiding Texans.”

The law applies to both Texas residents and people from out of state, according to Schaefer’s office. Handguns can be carried openly in a holster or concealed.

The legislative session that ended May 31 was the first since the 2019 mass shootings at an El Paso Walmart and in the Midland-Odessa area. El Paso Lawmakers and gun safety advocates have expressed disappointment that more wasn’t done to address gun violence.

“Texans will be endangered by this irresponsible law,” Texas Gun Sense said in a statement.

Former U.S. Rep. Beto O’Rourke of El Paso agreed that the new law will make Texas less safe. He said communities that have experienced mass shootings “understand all too well what happens when we don’t prioritize gun safety in this state.”

“I hope we as a state come to our sense on this one,” O’Rourke said.

The legislation has received opposition from the Texas Police Chiefs Association. The Sheriffs’ Association of Texas previously said it supports the bill as amended by the Senate. Chambers County Sheriff Brian Hawthorne, who serves as the sheriff association’s legislative chairman, said most of the changes they wanted stayed in the final version of the legislation and that the new law has the group’s support.

“We feel like it is still a good bill that is capable of being managed, and we don’t think that that the average citizen in the state of Texas will even feel or see a difference,” he said.

A spokesperson for Tarrant County Sheriff Bill Waybourn did not immediately return a request for comment. Fort Worth Police Chief Neil Noakes expressed opposition to the proposal in an April letter where he said the department doesn’t support any legislation that would allow a handgun be carried without a license.

“At the FWPD we respect the right of Texas to responsibly own and use firearms,” Nokaes said in a previous statement that was provided to the Star-Telegram Thursday after it requested an interview. “We also know that doing so is a great responsibility. Having measures in place to ensure the safety of all Texans is paramount. It comes down to responsibility and safety, not an infringement on Texan’s rights.”

The Arlington Police Department declined to comment on the bill.

Abbott signed several other bills related to firearms while in San Antonio.

Among them is House Bill 2622, which makes Texas a “Second Amendment Sanctuary State,” one of Abbott’s priorities. The law, which goes into effect Sept. 1, bars the state and local law enforcement from contracting with or assist in the enforcement of certain federal firearm laws that didn’t already exist under state law.

Abbott also signed a bill that prohibits hotels from adopting a policy that bars guests from carrying or storing a firearm or ammunition in their rooms and another that allows Texans to carry a handgun in the holster style of their choice.

“Politicians from the federal level to the local level have threatened to take guns from law-abiding citizens — but we will not let that happen in Texas,” Abbott said in a statement. “Texas will always be the leader in defending the Second Amendment, which is why we built a barrier around gun rights this session.