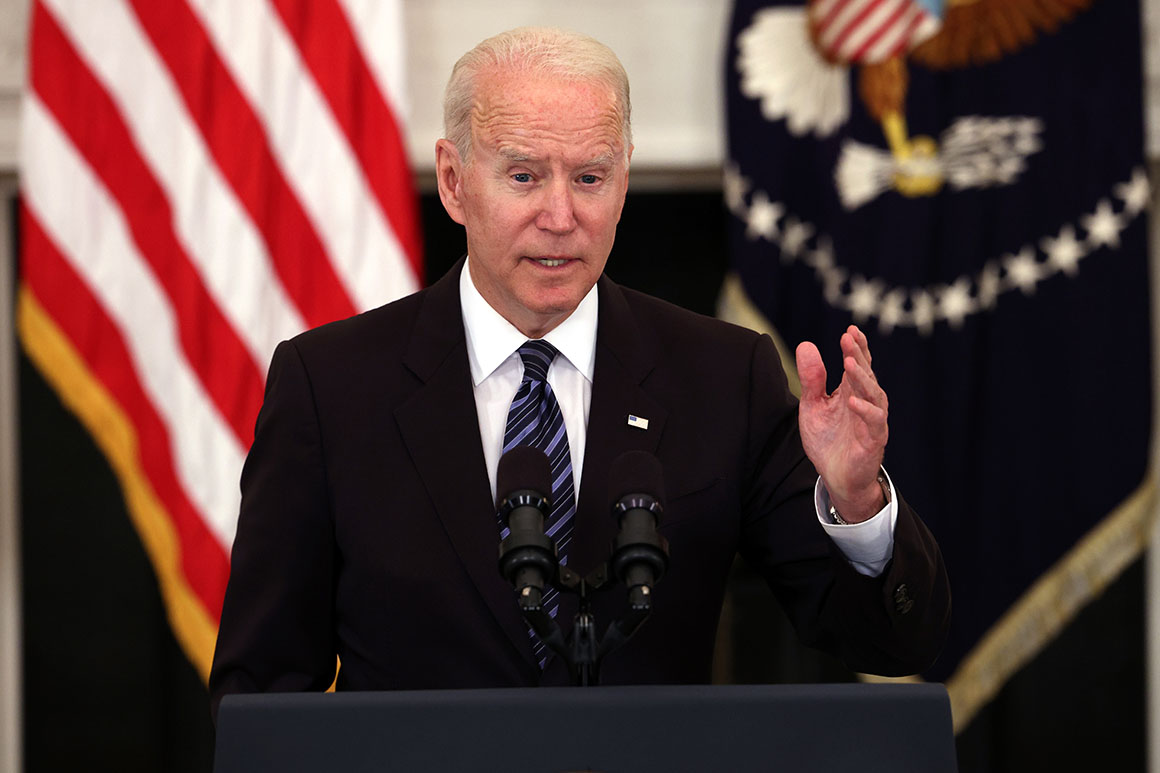 Attorney General Merrick Garland opened for the president on Wednesday, outlining the details of the plan. Garland noted that most federally licensed firearms dealers sell to those who passed background checks.

“But those dealers that willfully violate the law increase the risk that guns will fall into the wrong hands,” he said, characterizing part of the administration’s plan as a “concerted effort to crack down on gun traffickers.”

Before delivering his remarks, Biden met with a group that included the mayors of Baltimore and Miami-Dade, as well as the attorney general of New Jersey. Biden said the bipartisan group discussed how to combat the recent wave of gun violence.

The administration’s plan to curb gun violence includes ramping up funding for the Bureau of Alcohol, Tobacco, Firearms and Explosives, and having the ATF publicly post about inspection frequency and outcomes.

Once Biden took to the podium for his remarks, he singled out illegal gun traffickers. Specifically, he brought up a conversation with Baltimore Mayor Brandon Scott — a member of the day’s roundtable discussion on crime — who said 80 percent of guns in his city were acquired somewhere else. To address this issue, Biden said, the Justice Department will create five strike forces in cities, including New York and Chicago.

The president also brought up programs that cities can invest in with American Rescue Plan money. Biden quoted his mother, as he is wont to do, saying that “an idle mind is the devil’s workshop” and naming summer jobs programs as one possible solution to the problem of crime surging as the school year ends.

Closing gun control loopholes and cracking down on rogue dealers has long been a hot topic on both sides of the aisle, with former Presidents Donald Trump and Barack Obama alike pledging to reform the background check system.

Specific gun control legislation was passed as early as Franklin D. Roosevelt’s presidency, in response to gang violence. The calls for gun reform grew stronger in the 1990s after the Columbine High School shooting, which at the time was the deadliest school shooting in the country’s history. Many mass shootings followed in the years since, including 10 over the last weekend alone.

But presidents have always faced obstacles when it comes to passing gun reform.

The National Rifle Association is often seen as one of the most powerful lobbying organizations in politics, and conservative groups are quick to anger when they think Second Amendment rights are in question.

In his remarks, Biden himself invoked the Second Amendment, with an assurance that his plan wouldn’t affect responsible gun owners.

“Talk to most responsible gun owners and hunters — they’ll tell you there’s no possible justification for having a hundred rounds in a magazine of a gun,” the president said. “ … What do you think? The deer are wearing kevlar vests?”

His language was reminiscent of Obama, who assured Americans that he wasn’t trying to disarm them when he introduced his own actions on gun control.

On Wednesday, Biden painted the gun reform plan as a common-sense solution to the crime issue. He pointed out that the Second Amendment always restricted who could own a gun and what type it could be. “You couldn’t buy a cannon,” he added.

“Folks, this shouldn’t be a red or blue issue,” he said. “It’s an American issue. We’re not changing the Constitution. We’re enforcing it, being reasonable.”