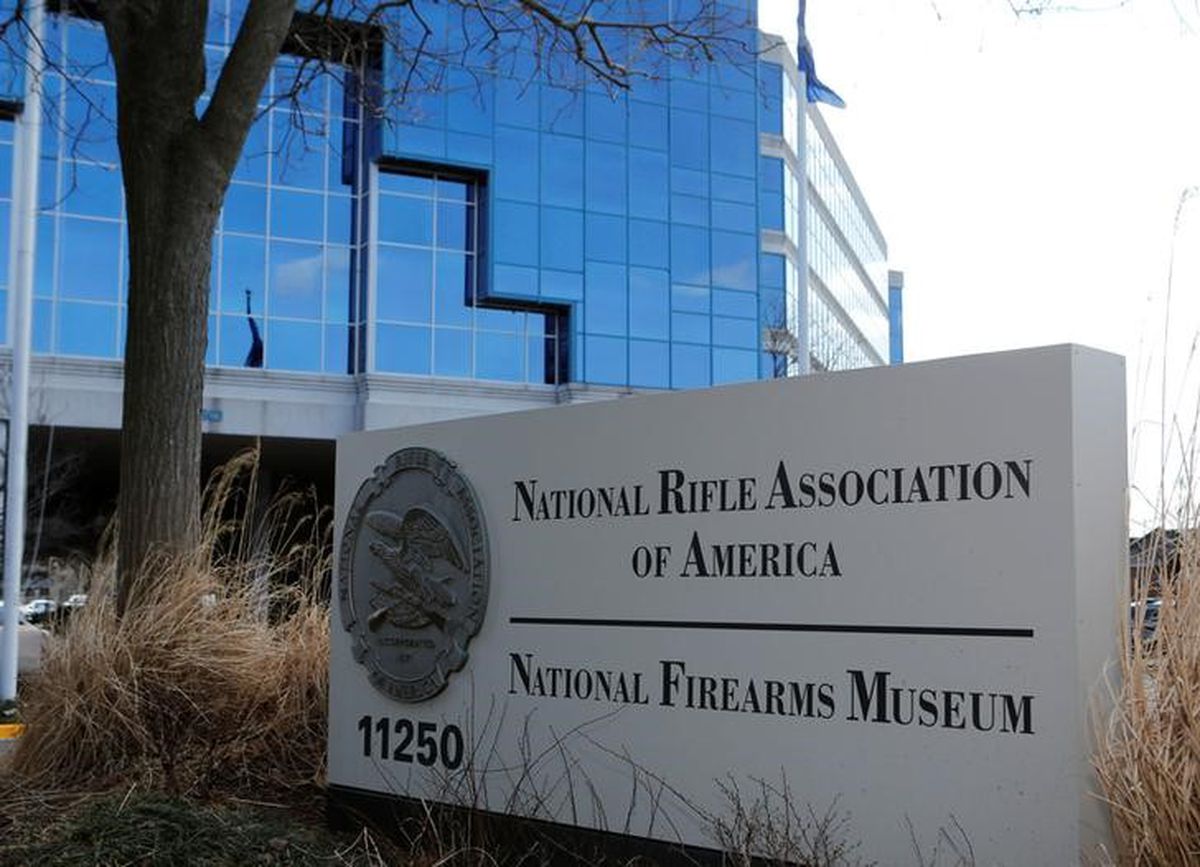 Earlier this month, David Keene, the former president of the National Rifle Association, stood on an outdoor stage in Las Vegas as he addressed thousands of empty white chairs. Keene was rehearsing his speech to the James Madison Academy’s 2021 graduating class.

“Let me begin by telling you what an honor it is to be here to help celebrate your graduation,” Keene, 76, said. “There are some who will continue to fight to gut the Second Amendment, but I’d be willing to bet that many of you will be among those who stand up and prevent them from succeeding.”

But the 3,044 white chairs he faced were never meant to be filled. The private online high school? It never existed.

It was all a carefully organized stunt designed to prove a point, Manuel and Patricia Oliver — whose son Joaquin Oliver, 17, was killed in a mass shooting at his high school in Parkland, Fla., in 2018 — said in a video released Wednesday, with each chair symbolizing a student killed by gun violence. The edited videos from the Olivers’ group, Change the Ref, show Keene and John Lott, a gun-rights activist and author, as they address the empty seats, mixed with audio of 911 calls made during mass shootings at schools.

“We are here representing every single kid that is not able to finish high school,” Manuel Oliver said in one video. “Three thousand kids that are not using those chairs because they are not here and they won’t be here.”

Keene did not immediately respond to messages from The Washington Post late on Wednesday. But Lott said he only learned that the event had been a trick when contacted by reporters on Wednesday. Lott claims his nearly 15-minute speech, which was condensed in a nearly two-minute clip, was “selectively” edited and taken out of context.

“It was purposefully edited to radically change what I said,” Lott, 63, told The Post. He says his point was that people of color who meet the criteria to legally own a gun, and who are the “most vulnerable,” are often denied them because of what he calls errors in the system.

“I wasn’t arguing about background checks,” he said. “I was explaining to people how they can change the system to make it better.”

“They left all of that stuff out,” he added.

Lott also said he did not plan to discuss background checks when he agreed to participate in the event after a man identified as the board chairman at James Madison Academy contacted him in mid May.

But days before the event, the man requested that he discuss background checks and the Second Amendment. When Lott said he was uncomfortable, the man said the students were conservatives and that the Second Amendment had been part of this academic year’s core curriculum, Lott said, so he ultimately agreed.

In an email Lott shared with The Post outlining his speech, Lott told the board chairman, “I still feel uncomfortable getting into this type of political discussion for a commencement because it seems to me that commencements should be talks that leave everyone satisfied.”

But Lott agreed to drive from Montana to Nevada for the rehearsal on June 4. That day, he met the supposed school principal, the event organizer and the man who identified as the board chairman, he said. The team of about 20 technicians scattered around the venue, flying drones. A tent with equipment and banners with the high school’s logo on both sides of the stage didn’t raise any suspicion that the event might be fake, Lott said.

Before he began his speech, he was told the staff would record him in case something happened the following day during commencement, Lott said. Then, Lott, who was there to receive the “Keeper of the Constitution Award,” took the stage.

“Your school was named after James Madison and he proposed what became the Second Amendment to the Constitution, that there’s an individual right for people to be able to keep guns for protection.” Lott said. “Can you name me one place in the world, any place in the world, that’s banned either all guns or all handguns and seen murder rates go down? I can’t find a single place like that.”

The following day, Lott said, his contact told him the commencement was canceled because of security threats. Lott claims he reached out to the man on multiple occasions to follow up about the commencement, the travel expenses they promised to reimburse and nearly half of the $1,000 they still owed him, but never got a response.

Lott asked the organizers to release the full video of his speech.

“If somebody wants to debate me, I’m happy to debate,” Lott said. “If they had confidence in their arguments then they wouldn’t find it was necessary to take my talk and cut it up and make it come across as if I was saying things very different from what I was saying.”

“Ironically, had the men conducted a proper background check on the school, they would have seen that the school is fake,” tweeted Change the Ref.

Manuel Oliver also said that the message behind the fake graduation went beyond tricking the two speakers.

“This is not about bragging about doing this to the former president of the NRA,” Manuel Oliver said. “No, this is about pushing our reps to move on with universal background check laws.”

He added, “We lost Joaquin three months before his graduation. We know exactly the feeling of being there and receiving the diploma without your kid being there. Because we understand that, we know there are a lot of people going through that same experience right now.”