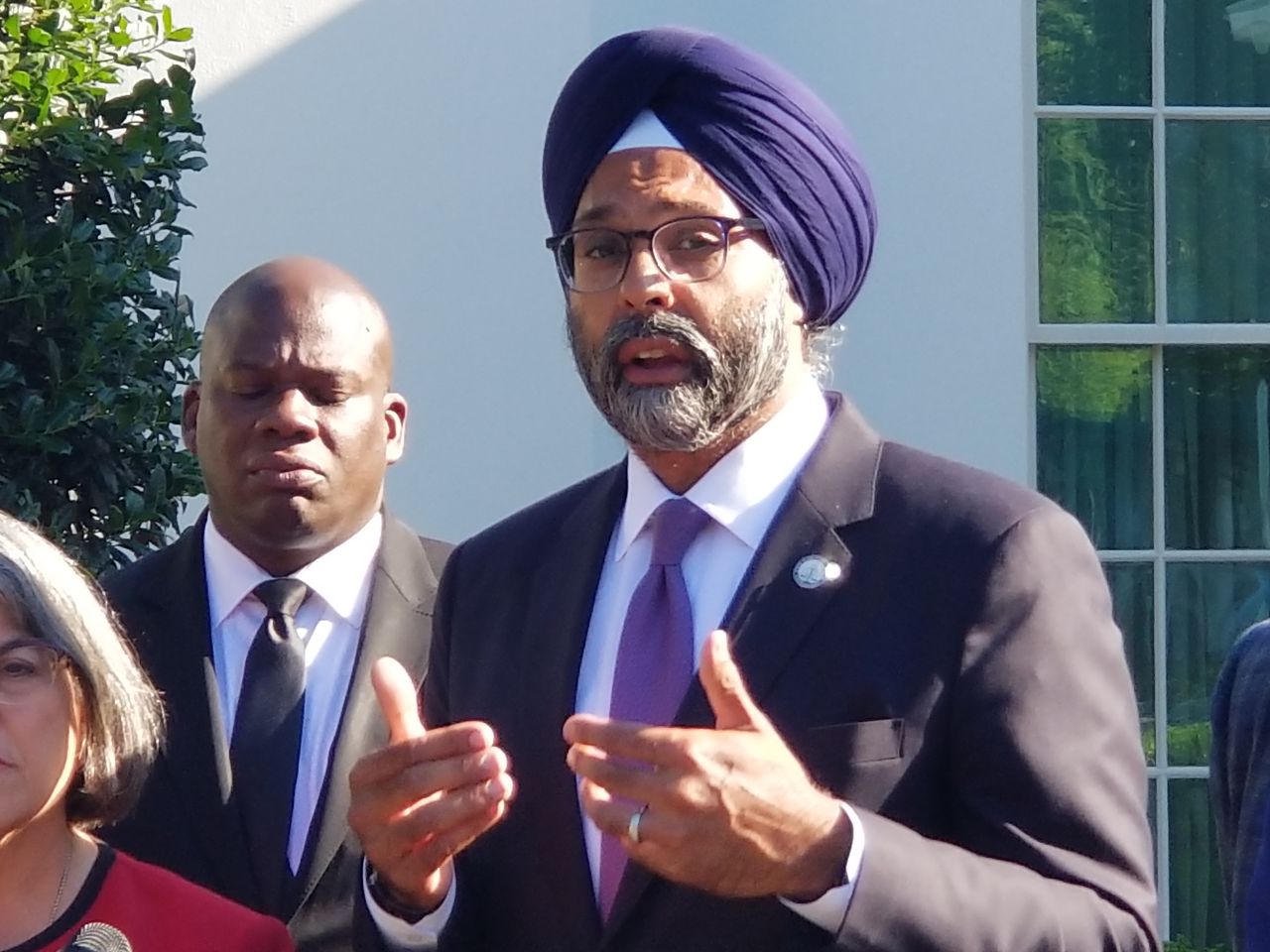 Following the mass shooting at a Fairfield Township house party last month, Gov. Phil Murphy said New Jersey’s tough gun laws couldn’t keep illegal weapons from crossing its borders, and the federal government needed to help. “We are not on an island,” he said at the time.

With violent crime spiking during and after the coronavirus pandemic even as crime overall continued a decades-long decline, the federal government is getting involved, taking steps to address the supply of illegal weapons and discussing ways to reduce the shootings with states, localities and community organizations.

“Eighty percent of our guns are coming from out of state,” state Attorney General Gurbir Grewal said after a meeting at the White House with President Joe Biden and several mayors and leaders of community organizations. “We have strong common sense gun laws and that’s why criminals by and large aren’t coming to gun dealers in my state to buy crime guns.”

Instead, they’re finding other ways to get guns, and that led Biden to announce that federal officials would go after gun dealers who sell weapons to those not allowed to own them, create new strike forces to fight illegal gun trafficking in New York and four other large metropolitan areas, and have the U.S. Bureau of Alcohol, Tobacco, Firearms and Explosives share gun information and data with states.

“We’ll make sure you can’t sell death and mayhem on our streets,” Biden said on Wednesday. “It’s an outrage. It has to end, and we’ll end it.”

In New Jersey, homicides increased 23% as of Nov. 30, over the previous year, even as overall crime dropped 13% during the same period, according to State Police statistics.

Eight murders were reported in Newark during the first three months of 2021 compared to five during the same period a year earlier, according to the association of police chiefs of major cities.

“The simple fact is strict enforcement of existing laws – including gun laws – coupled with support of law enforcement and prosecutors to do their jobs would result in a dramatic decrease in crime,” Hunter said. “But the president would rather play politics than make Americans safer.”

Biden also called on Congress to expand background checks, renew the ban on assault weapons included in the 1994 crime bill that he authored, and allow gun manufacturers to be sued for the damage their products cause.

“It’s hard to address the epidemic of gun violence without addressing the easy access to firearms for people with mental health problems, for people on the terrorist watch list, for people with previous domestic violence crimes, for people that have even stated that they’re going to commit suicide,” Sherrill said.

Sherrill and her fellow House Democrats twice have voted to expand background checks, but Republicans have enough votes to block it in the Senate.

McConnell also accused Democrats of supporting defunding the police, even though most lawmakers rejected such calls from some activists who protested following the deaths of several unarmed Blacks at the hands of law enforcement officers.

Those comments were blasted by U.S. Sen. Cory Booker, who is working with Republican U.S. Sen. Tim Scott and Rep. Karen Bass, D-Calif., on legislation to overhaul policing. The House has twice passed legislation but the Senate has yet to act.

The three lawmakers said in a statement late Thursday that they had “reached an agreement on a framework addressing the major issues for bipartisan police reform” but “there is still more work to be done on the final bill, and nothing is agreed to until everything is agreed to.”

“It’s ridiculous, frankly, that, as opposed to coming together and creating bipartisan solutions, we have people trying to be opportunistic and take advantage of the rise in crime by making claims that are just not true,” Booker told NJ Advance Media. “There’s not one senator in America in either party who wants to ‘defund the police.’”

And congressional Republicans unanimously voted against Biden’s $1.9 trillion coronavirus stimulus law that included $350 billion in aid for state and local governments. More than $10 million went to New Jersey and its municipalities.

The Biden administration told municipalities that some of that money could be used to put more cops on the street, paying for more police and any overtime expenses, new crime-fighting technologies, social services like drug and mental health treatment, and anti-violence programs such as those run by community organizations.

Biden called the stimulus law ”a once-in-a-generation investment to reduce violence in America.”

”We’ve been arresting folks throughout the pandemic when they engage in violent crimes and we’ll continue to do so,” Grewal said. “With the president’s support with these programs. we’ll do so with more resources.”

Jonathan D. Salant may be reached at jsalant@njadvancemedia.com. Follow him at @JDSalant.

Start your day with the latest from Trenton, D.C. and your town. Get the N.J. Politics newsletter now.