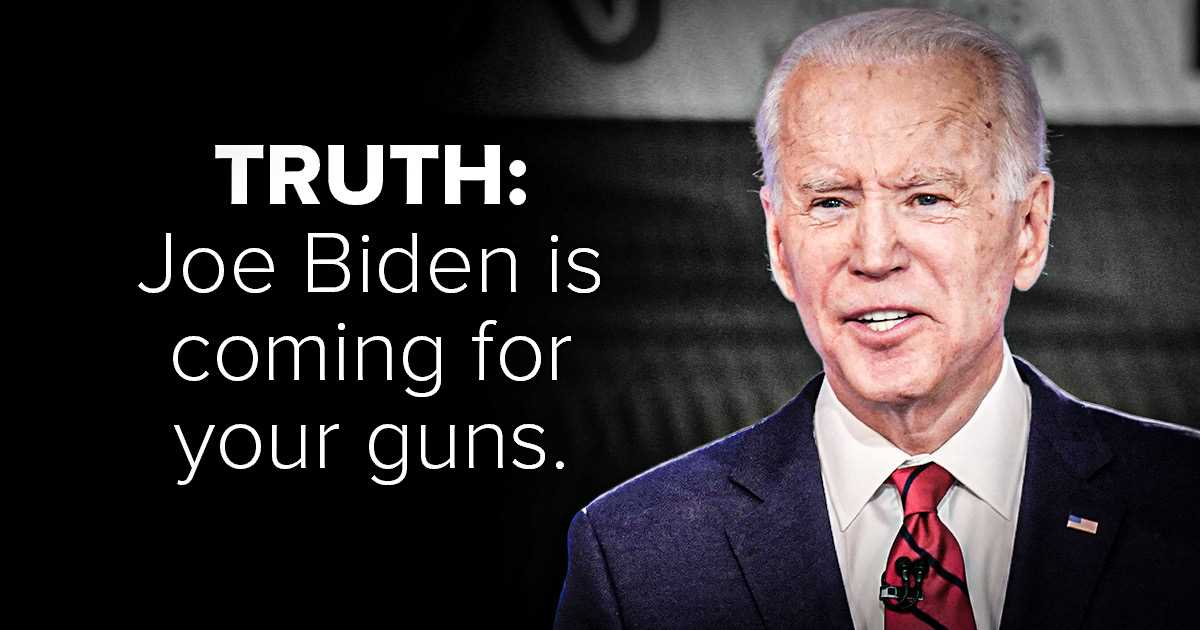 President Joe Biden, along with U.S. Attorney General Merrick Garland, spoke briefly on Wednesday, June 23, about the administration’s plans to combat rising crime. This came after a roundtable event with a select group of mayors, a police chief, eight state attorneys general, and a group that was referred to as “community violence intervention experts.” Biden claimed this was a “bipartisan group,” but the only identified Republican was Steve Allender, the Mayor of Rapid City, S.D.

If only that relatively minor nit-pick was the only issue with what the president had to say.

What many immediately noticed was that Biden looked very tired, and he seemed to have a great deal of difficulty with reading from his teleprompter.

Throughout his rambling speech, he threw in the expected anti-gun buzzwords and phrases, like “assault weapons,” “epidemic of gun violence,” “loopholes,” “merchants of death,” and a relatively new one; “rogue dealers.”

As he often does when speaking about guns, Biden railed against so-called “assault weapons” and magazines he thinks can hold too much ammunition, calling for banning them. He also reiterated his desire to repeal the Protection of Lawful Commerce in Arms Act (PLCAA), a move that would unleash unending meritless lawsuits against the firearms industry. These lawsuits, which seek to hold gun manufacturers responsible for the criminal acts of third parties, are designed to crush the firearms industry under the costly burden of unrelenting frivolous litigation.

Along with the same, tired anti-gun proposals, Biden also repeated his weak attempt at being humorous, mentioning twice his “joke” about hunting deer that are wearing Kevlar vests. Someone really needs to tell him to retire this one, as it simply falls flat every time.

He also repeated one of the gaffs he just can’t seem to get rid of; referring to the Bureau of Alcohol, Tobacco, Firearms and Explosives as the “AFT,” rather than the “ATF,” which is its commonly used acronym. At least this time he did correct himself, which he hasn’t always done.

Biden also continued to show he has little understanding of the Second Amendment, claiming at one point, “The Second Amendment, from the day it was passed, limited the type of people who could own a gun and what type of weapon you could own. You couldn’t buy a cannon.”

First, the Second Amendment says nothing about limiting “the type of people who could own a gun.” It simply says “the right of the people to keep and bear Arms, shall not be infringed.” It also says nothing about “what type of weapon you could own.” And his statement that people were prohibited from buying a cannon at the time has been fact-checked, and determined to be false.

After showing, yet again, he knows very little about the Second Amendment, he made one of his more bizarre comments. First, he butchered Thomas Jefferson’s famous quote about the tree of liberty, then stated, “[I]f you think you need to have weapons to take on the government, you need F-15s and maybe some nuclear weapons.”

Of course, if there are Federal Firearms License (FFL) holders who “willfully violate key existing laws and regulations,” federal authorities have always been able to go after them. If they haven’t already been doing this, one wonders why? But perhaps the real question regarding this announced effort is, will it be abused to simply shut down as many FFLs as possible?

If there are “rogue dealers,” as Biden calls them, that are intentionally selling firearms to people prohibited from purchasing firearms, they should lose their FFLs. But that doesn’t mean that Biden should unleash the full force of federal regulators on FFLs who may have done something relatively innocuous, such as making unintentional bookkeeping errors. We will have to see what, exactly, will happen with this “new” approach to enforce the laws already on the books.

Clearly, Biden will do whatever is within his power to make it as difficult as possible for law-abiding citizens to purchase firearms. That has always been his goal, as he has expressed support for licensing and registration schemes that would create new hoops through which prospective gun purchasers would need to jump, and he has called for allowing potentially unlimited delays on transferring firearms through the National Instant Criminal Background Check System (NICS). Whether he will abuse the power he has to guide ATF policies in an effort to shut down as many FFLs as he can is yet to be determined.

We have seen the ATF used by other anti-gun administrations to harass FFLs, and we will be watching closely to see if Biden seeks to do the same.

And, of course, he mentioned what he has already said he would do regarding privately made or modified firearms, pistol stabilizing braces, and gun confiscation orders.

He also took a brief moment to try to prop up his embattled nominee to head the ATF, anti-gun lobbyist David Chipman. Chipman’s nomination was voted on in the Senate Judiciary Committee by a party-line, 11-11 vote, in spite of the fact that he has shown to be far too much an anti-gun ideologue to serve in the role, and the fact that there remain several unanswered questions about his history as an ATF agent.

So, as we would expect, Biden took an opportunity to address the real problem of rising violent crime, and rather than look to real solutions, decided to blame the Second Amendment, law-abiding gun owners, and the legal manufacture of firearms. He could have pledged to go after the criminals who commit violent acts with firearms, or promised to expand gun rights so that more law-abiding citizens will be able to exercise their right to self defense against these same violent predators. Such actions have proven, real-world success in helping to address violent crime.

Instead, he simply did what he has done for the last 50 years. Blame guns, gun owners, and gun manufacturers. This strategy has failed for as long as Biden has been in government, and America deserves better. To put it in a way that even Biden might understand, “C’mon, man!”