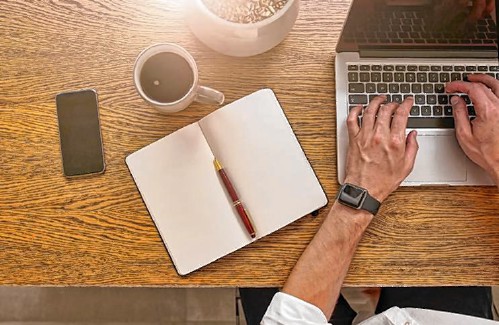 What brand of oppressive government do you want? Taxing those who didn’t participate in a government system such as Obamacare. Being entitled to the labor and products others produce, such as health care and baking cakes. Are they stepping stones to things like banning firearms with misleading legislation like “a safe communities act” or eliminating your freewill and dictate your job path based on your skills.

Who were you rooting for in the “Hunger Games,” “Divergent” or “The Handmaid’s Tale” movies? Oppressive governments don’t always have names like Castro, Hitler, Lenin, Mao, or Stalin, attached to them. Does the 1989 Tiananmen Square Massacre ring a bell?

Our self-serving federal government backed by violence uses us as their funding source. Is it not challenging to navigate the layers of taxes and regulations? Corporations outsource their jobs to save their bottom line, but you criticize them for doing so and complain about the lack of jobs. Congress will never assume responsibility for the messes they’ve created.

The courts allowed Amazon and Facebook to grow and buy up other companies. Now the same government wants to break them up. Government isn’t supposed to support monopolies nor is it supposed to eliminate competition in the business world.

In the words of Colion Noir, “The Black Lives Matter movement began as a way to shed light on what they saw as the unjustified killings of Black men by police officers. Millions of dollars from liberal organizations and billionaires like George Soros later, they’re attacking the NRA and taking on extreme leftist issues that have nothing to do with the original purpose of #BlackLivesMatter. So, what are you really fighting for?”

You sit there on your fascist perch claiming something is a conspiracy theory and bash those who question the social media narrative. You dig your heals in for abortion rights, but you don’t want others to have a choice about their own health care, energy use, or gun ownership. But you also claim health care is a right. Makes no sense. You believe the government when they discredit different view points. Oh that’s right, your go-to website also did a fact check of that information and said those view points weren’t credible. Gotcha.

Some people question the World Trade Center Towers collapsing from melting metal and its own weight. They didn’t fall to the side. They came straight down. Maybe the buildings were designed that way. The Patriot Act wouldn’t exist, if it weren’t for 9/11. The Wolfowitz Doctrine, Project for the New American Century (PNAC), and Rebuilding America’s Defenses are some of the documents that outline the future of U.S. foreign policy. A military force spreading democracy. Modern day barbarians. There certainly is a plausible different explanation for 9/11. Some just believe there is more information.

A while back, some of you said the coronavirus wasn’t man-made. On May 21 Rand Paul tweeted, “While Washington bureaucrats deny funding gain-of-function research in Wuhan, experts believe otherwise. My amendment will ensure that this never happens in the future. ” The National Institutes of Health, a government website, has this on their page…….. “Certain gain-of-function studies with the potential to enhance the pathogenicity or transmissibility of potential pandemic pathogens (PPPs) have raised biosafety and biosecurity concerns, including the potential dual use risks associated with the misuse of the information or products resulting from such research.

Is this a conspiracy theory too? Is this information fake?

Dave Boudreau is a resident of Athol.