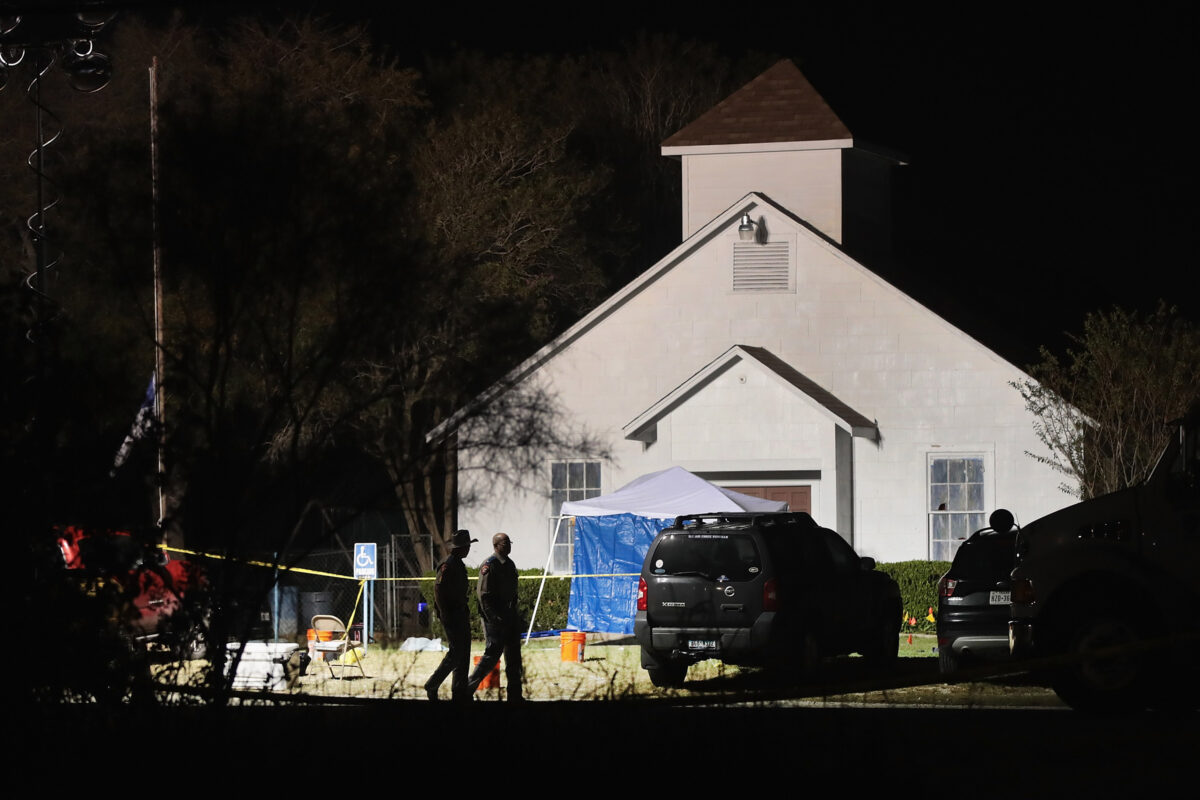 The U.S. government bears most of the responsibility for a mass shooting that left 25 dead in Texas in 2017, a judge said in a ruling signed Wednesday.

A group of parents of children killed in the massacre at a church in Sutherland Springs sued the government a year after the shooting, alleging the failures of the U.S. Air Force and others to enter crucial information into federal databases after Devin Kelley, an airman, was convicted of assault against his wife and young stepson, led to the mass shooting.

“The trial conclusively established that no other individual—not even Kelley’s own parents or partners—knew as much as the United States about the violence that Devin Kelley had threatened to commit and was capable of committing,” Rodriguez wrote in a 99-page ruling.

“Moreover, the evidence shows that—had the Government done its job and properly reported Kelley’s information into the background check system—it is more likely than not that Kelley would have been deterred from carrying out the Church shooting. For these reasons, the Government bears significant responsibility for the Plaintiffs’ harm,” he added.

Rodriguez pegged the United States 60 percent responsible for the deaths and injuries suffered at Sutherland Springs First Baptist Church on Nov. 5, 2017, making it liable for damages that may be awarded down the road.

National Trial Law partner Jamal Alsaffar, who is representing some of the plaintiffs, said in an emailed statement that “these families showed great courage and strength in pursuing justice despite their horrible loss.”

“If it wasn’t for these brave families, the Government would never have taken or faced responsibility for their negligence,” he added.

The case will now move to a second phase to determine damages.

Kelley, 26, opened fire at the church years after being discharged from the Air Force following the domestic violence conviction. The conviction should have made it illegal for him to buy or possess a gun but he was able to buy an assault-style rifle that he used to carry out the shooting.

The Pentagon’s inspector general said in a 2018 report that Department of Defense policy should have compelled officials to report the conviction to the FBI.

The government in court filings alleged the company that sold Kelley the gun bore responsibility for the decision, noting that he used a Colorado driver’s license. But the judge said that does not absolve the government, and said there’s no evidence that the employees who sold the Ruger gun to Kelley “should have anticipated the danger that the sale created to others.”

The Texas Supreme Court last month dismissed lawsuits filed against Academy Sports and Outdoors, where Kelley bought the gun, saying it was protected against the suits by the U.S. Protection of Lawful Commerce in Arms Act.

Kelley died on the day of the shooting, from several wounds, including a self-inflicted head injury and shots fired by former National Rifle Association instructor Stephen Willeford, who confronted Kelley outside the church.