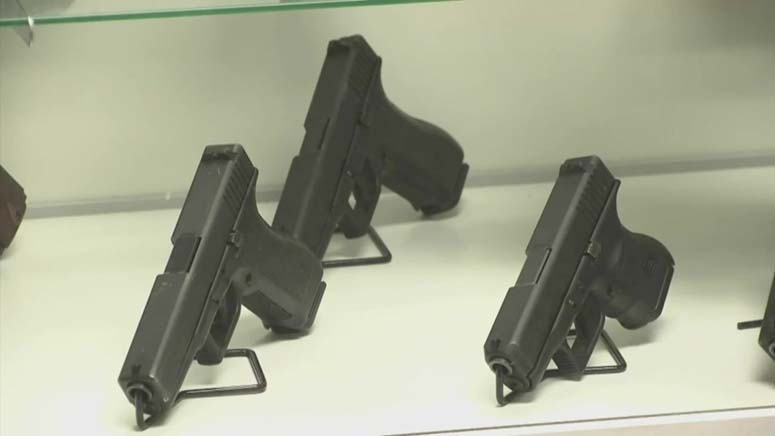 “It makes sense to create laws to keep guns out of the hands of people who cannot and should not possess one,” he said at a State House ceremony with top lawmakers and state officials. “It makes sense to ban guns on school property and on school buses.”

The “straw purchases” ban prohibits the purchase, transfer or sale of a firearm to someone who is legally prohibited from possessing one. It also toughens penalties for lying on a firearms purchase application or license to carry it.

The second bill bans anyone from bringing a gun onto school property except in certain cases, including if they’re with school security or retired from law enforcement.

“Carrying firearms in schools increases risk, not safety,” Senate President Dominick Ruggerio, a North Providence Democrat who sponsored the bill, said in a statement. “There have been dozens of examples of mishandling and accidental discharge of firearms in schools across our nation.”

Both measures had the support of state Attorney General Peter Neronha.

“Gun violence is having devastating effects in Rhode Island and across the country,” he said in a statement. “My office aggressively prosecutes hundreds of gun crimes every year, and yet plainly there is more we can and must do.”

Proposals that gun control advocates wanted that did not pass the legislature included a ban on assault-style weapons and high-capacity gun magazine clips.

Opponents had strongly opposed any gun measures proposed by the Democrat-controlled General Assembly during the legislative session, which lawmakers recently wrapped up.

They called on state leaders to invest more in programs to help youths in cities avoid resorting to gun violence.

An email seeking comment was left Monday with the Rhode Island 2nd Amendment Coalition, the state affiliate of the NRA. The organization had on its website expressed opposition to both measures.

The signing came the day after a shooting death in Providence, the city’s 12th homicide of the year.

(Copyright (c) 2021 The Associated Press. All Rights Reserved. This material may not be published, broadcast, rewritten, or redistributed.)

Join our Newsletter for the latest news right to your inbox