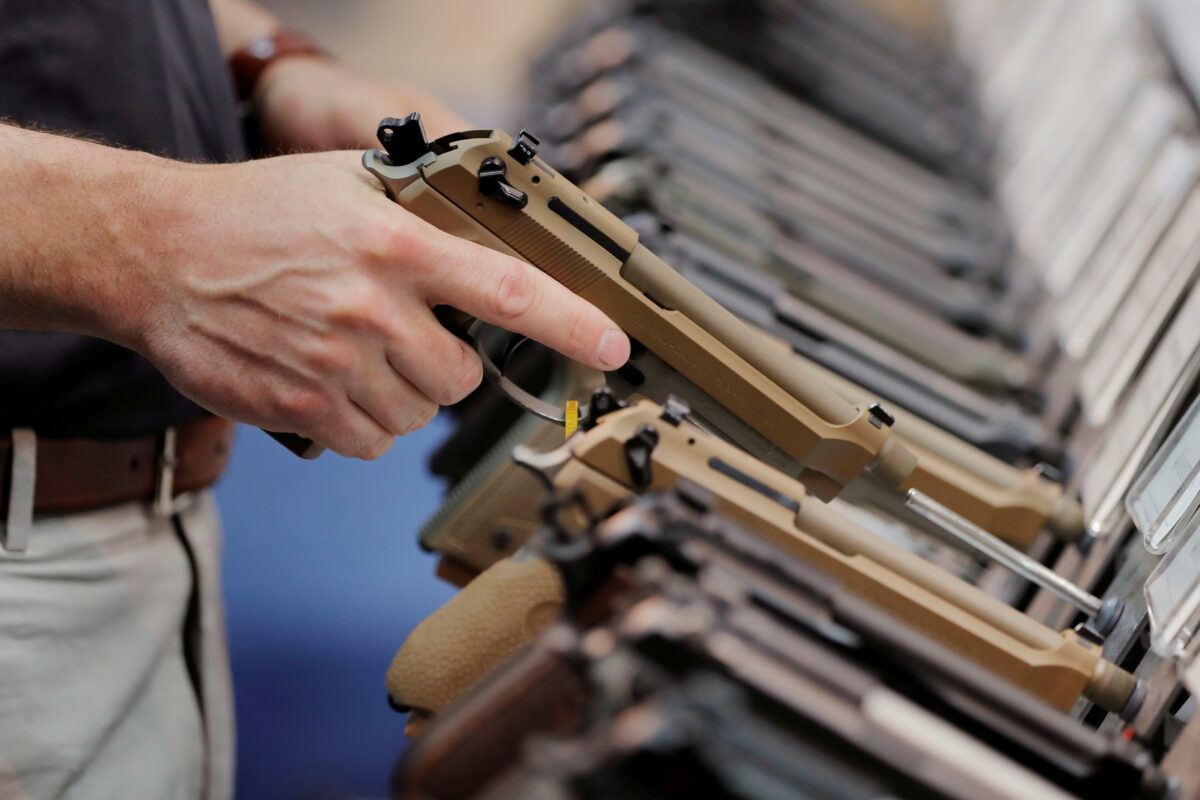 The Louisiana Legislature on Wednesday ended its first-ever veto session failing to override any vetos by Democrat Gov. John Bel Edwards, including a bill that would have nixed the current permit and training requirements for carrying a concealed handgun.

Just three votes shy of the two-thirds needed to overturn Edwards’ veto of the SB 118 “constitutional carry” bill, the Louisiana Senate voted 23–15 in favor of the failed override. The bill would allow any resident who is 21 years of age or older and who is not prohibited from owning a firearm by state or federal law to carry a concealed gun without a permit. It also sought to repeal a requirement for Louisiana residents to pass a nine-hour course with live-fire training before being able to apply for a concealed carry permit.

Three Republicans, Sens. Patrick Connick, Louie Bernard, and Franklin Foil, voted against the override after backing the bill in the regular session, according to The Advocate. Bernard said he pulled his support for the bill after talking to law enforcement officials.

“I wouldn’t want to go to bed at night knowing I had created any additional layer of risk” for police, Bernard said, according to The Advocate.

Edwards, who has described himself as a strong supporter of the Second Amendment and an “enthusiastic outdoorsman and hunter,” vetoed the bill on June 24, and on Wednesday expressed relief that his veto was upheld.

“At the end of the day, the Legislature got it right and I’m immensely thankful for that,” Edwards said at a news conference after Wednesday’s adjournment of the special voting session, which also failed to overturn the governor’s veto of a bill banning biological males who identify as female from competing on school sports teams of their identified gender.

Gun-rights advocates criticized the senators who changed their positions on the permitless carry bill. In a statement on Tuesday, the National Rifle Association (NRA) called it a “betrayal at the Capitol,” while vowing to push the legislation again next year.

“We cannot, and will not, let others pick and choose which parts of the Bill of Rights they would like to follow, and we will continue our fight next legislative session to ensure we keep that freedom,” the gun-rights group stated.

Gun Owners of America (GOA) denounced the move in a statement, suggesting there would be political consequences for the senators who voted against the veto override.

“Their betrayal of gun owners speaks VOLUMES, as they only voted ‘pro-gun’ earlier in the session when their votes didn’t matter,” GOA said in a statement. “Gun owners will remember this backstab at the ballot box.”

Joshua Barnhill, Louisiana Director for GOA, said in a statement that, “While this is not the outcome GOA and its members fought for, or that the people of Louisiana deserve, one silver lining is that it has shed light on who in the Senate actually supports Constitutional Carry and who was simply trying to score political points thinking there would be no veto session.”

Had the veto override been successful, it would have made Louisiana the 22 state to enact so-called “constitutional carry” legislation.

Where is the Republican courage on banning assault weapons?
ILA | When Seconds Count, the Police are Only Hours Away
Hondo vote a win for families of Uvalde
In Their Own Words: Schultz, Stauber offer their views on mining, guns, energy, police – Duluth News Tribune
When You’re Not Looking – 27 East