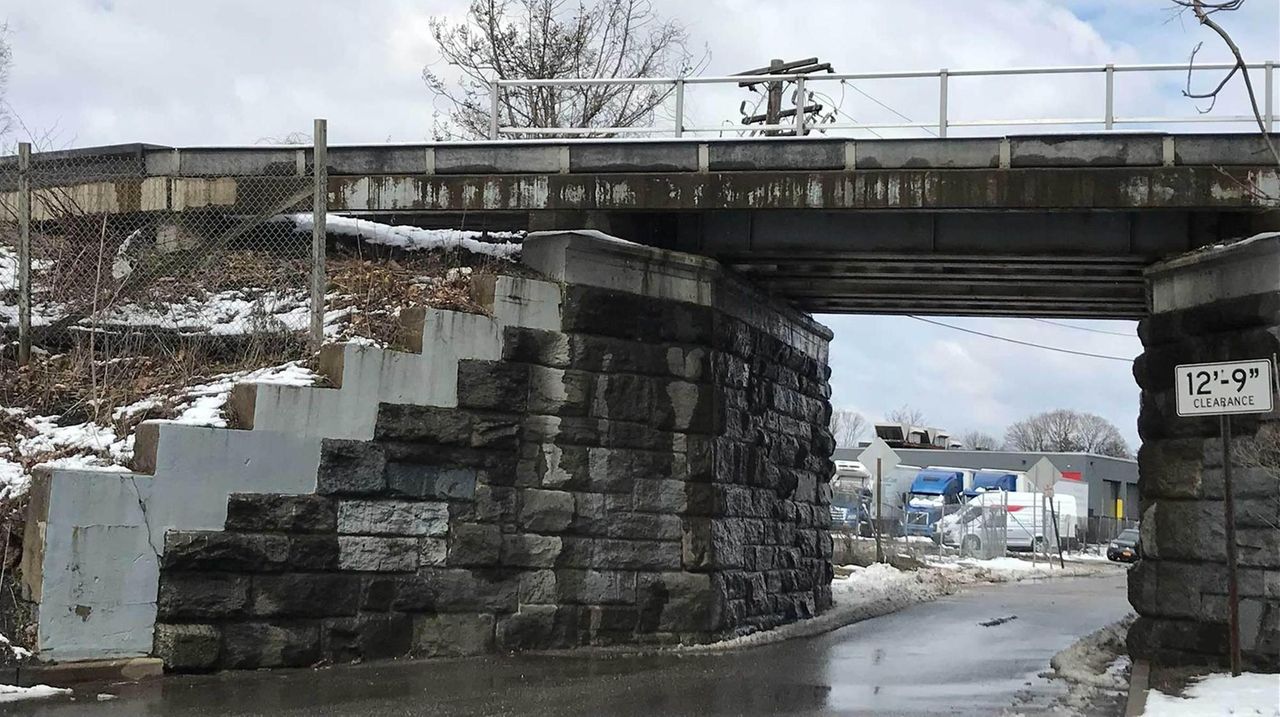 Tied to the tracks

The Village of Garden City has sent the Metropolitan Transportation Authority a letter that transit officials called a “ransom note,” seeking $10 million and additional improvements before it will issue a permit essential to completing the Long Island Rail Road Third Track project.

The letter from the law firm of Berkman Henoch comes in the wake of the village’s refusal to issue a work permit so the MTA can replace the Denton Avenue bridge with a wider structure that is a necessary component of the Third Track project. The bridge work has been planned since the project’s 2017 approval. The MTA has sued to get the permit.

For context in this fight, village officials previously objected to the large utility poles along the track, despite the village having known the potential height and location of the structures. A state Supreme Court judge threw out the village’s lawsuit over the poles earlier this month and the village plans to appeal.

In the letter, the village sought $10 million in a direct payout, noting that the MTA has given other villages money as part of negotiations related to the Third Track project. In exchange, the village said it would handle landscaping along the LIRR’s right of way. Previously, the MTA had offered to add landscaping.

The village said that once an agreement is made, it would issue the sought-after work permit, but also added new conditions to the bridge project, including the need to salvage and store the existing stone from the current bridge so it could be included in the new bridge. The village also wants the MTA to pledge to keep the roadway underneath the bridge a one-lane, two-way path, and to change the plans so they don’t include a sidewalk for pedestrians, as currently proposed.

MTA and state officials made agreements with every town and village, including Garden City, involved in the Third Track project before its approval, providing new stations, parking lots and landscaping, eliminating grade crossings, making other improvements to the communities and, at times providing additional funding as well. Garden City received $2.5 million in community benefits, and the MTA says it’s not eligible for more because of the ongoing litigation. Garden City also got resurfaced village parking lots, taller sound walls, a grade-crossing elimination, a redone station, additional elevators and other improvements.

So why the new ask?

Perhaps it’s an attempt by the village’s new mayor and village trustees to make their mark.

MTA officials told The Point they’re not going to negotiate further — which could mean the situation is left up to the dueling lawsuits.

What that means for the Third Track project, which is due to be completed in 1½ years, is anyone’s guess.

I scream, you scream…

When the Town of Hempstead first announced its plans to end all contracts and business with Ben & Jerry’s and its parent company, Unilever, Wednesday, the message didn’t come from Supervisor Don Clavin.

Instead, the letter explaining the decision to ban the products from town parks, beaches and other facilities, and announcing plans for a news conference Thursday morning, came from Councilman Bruce Blakeman — the Republican candidate for Nassau County executive.

“We stand with Israel and the Jewish community,” Blakeman wrote.

The move came days after Ben & Jerry’s announced plans to stop selling ice cream in the West Bank, though the company said it would remain in Israel.

Blakeman’s response to the move wasn’t Half Baked. After all, the town first developed legislation opposing the Boycott, Divestment and Sanctions, or BDS, movement in 2016 and Wednesday’s announcement was simply an enforcement of that law, Blakeman told The Point.

“Basically, Supervisor Clavin has relied upon me as the only Jewish member of the board to act as a liaison to the town board with the Jewish community,” Blakeman said.

At the news conference Thursday, Blakeman stood to Clavin’s side, as Clavin praised the councilman for being the “spearhead of this legislation.”

It’s unclear just how much Cherry Garcia or Chunky Monkey graces shelves, catering halls, food trucks or other facilities controlled by town vendors. But at the news conference, Clavin noted that the decision will affect all Unilever products, including Hellmann’s mayonnaise and Lipton tea.

Meanwhile, Thursday morning, County Executive Laura Curran emerged with her own statement saying she was “disappointed by Ben and Jerry’s decision,” and noting that she voted for county legislation that stopped the county from doing business with companies that supported the BDS movement.

“I strongly oppose the BDS movement and have worked hard to strengthen the relationship between Israel and Nassau during my time as County Executive,” Curran wrote.

Her statement came just as the Hempstead news conference was happening, but sources told The Point that discussions about the issue and the statement began Wednesday morning, before Blakeman’s letter was issued.

While Curran’s statement didn’t indicate anything about county plans for Chubby Hubby or Chocolate Fudge Brownie, a spokesman told The Point that the county “intends to enforce” the legislation that was passed in 2016.

It’s a rare issue on which, it seems, Curran and Blakeman are aligned. No matter who wins in November, don’t expect any New York Super Chunk to grace the election night parties.

Among the issues Lee Zeldin has been promoting in his nascent run for governor are guns.

“Andrew Cuomo and the Far Left Democrats are making a massive gun grab,” one recent Facebook ad says. “Will you join me in the fight to protect our 2nd Amendment by adding your name?”

On Twitter this week the Shirley Republican doubled down on the message and tied it to criminal justice: “As crime rises in NY & Dems undermine police, it’s critical that the right of LAW-ABIDING NYers to safely carry a concealed weapon for the sole, constitutional purpose of self-defense is protected!”

The tweet concluded, “The 2nd Amendment is NOT reserved for the elite few deemed worthy by the gov’t.”

Zeldin has long been a supporter of guns even sometimes when it meant a divergence from other House Republican colleagues in the region. He has received A ratings from the NRA and, when in the State Senate, vocally opposed the SAFE Act gun regulation package passed in the wake of the 2012 Sandy Hook Elementary School massacre — though he missed the vote itself due to being out of state on Army Reserve duty.

Perhaps most prominently, he voted for the Concealed Carry Reciprocity Act that passed the House in 2017. The bill, which languished in the Senate, would have allowed people eligible to carry concealed handguns in one state to do so in another, such as New York.

That right might have some support in parts of Zeldin’s own Suffolk County or upstate, but other voters might see it as flying in the face of efforts at various levels of government to reduce the number of guns on New York streets. Neither Pete King nor Dan Donovan, two fellow downstate Republicans, voted for the measure that year.

It remains to be seen how Zeldin’s gun record helps or hurts his gubernatorial run, but the four-term congressman seems happy to stand by it.

Zeldin spokeswoman Katie Vincentz said in a statement to The Point that the congressman “supports New Yorkers’ right to concealed carry outside of their home and opposes the undue burden placed on law-abiding citizens by the State of New York, which, in many cases, prevents them from doing so.”

Did you miss an issue of The Point? Browse past newsletters here.