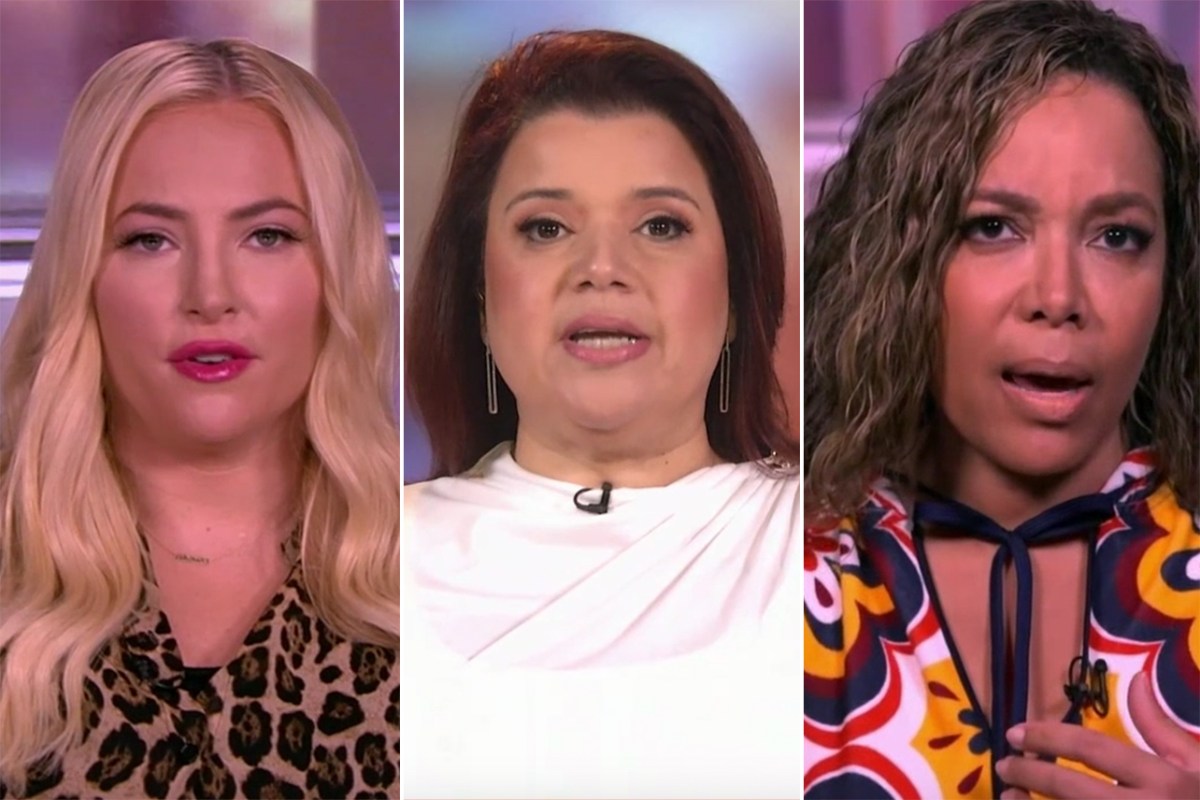 There was quite a bit of tension on today’s episode of The View as co-host Meghan McCain found herself at odds with her fellow talk show hosts on the matter of gun rights in America. McCain was visibly rubbed the wrong way as Sunny Hostin, Ana Navarro, and the others took jabs at the NRA and the Second Amendment — but she wasn’t letting go of the argument without a few passive-aggressive comments of her own.

Joy Behar, subbing in for Whoopi Goldberg as today’s anchor, began the discussion surrounding gun violence in America as a part of ABC News‘ “One Nation Under Fire” program. The program will inspect day-to-day incidents with gun violence at ABC-owned stations and affiliates, trying to get to the bottom of the issue. After asking Ana Navarro what her stance on the matter was, the co-host labeled it as a national epidemic.

“It’s very much an American problem, and we’ve got to study it as such,” Navarro began. “Republican members of the legislature have got to get from under the grip of the NRA — which, today, is far from the club that started centuries ago. Today, it is a grift and a way for people to make a lot of money. A lot of funding is coming from the gun manufacturers. It is a special interest group, and they are holding up any progress that could be made on this issue.”

Behar then tossed the topic to Sunny Hostin, who immediately agreed with Navarro’s statements about the NRA and pushed the argument even further into racism regarding the Second Amendment.

“If you look at the history of the NRA for decades, the NRA has pushed legislation that not only supported a lot of gun ownership and the proliferation of guns, but also stifled the study and spread of information about the causes gun violence,” Hostin began. “The right to bear arms was designed to protect slavery, right? Our founding fathers and others, they wanted to be able to empower a local militia group to basically put down slave revolts and protect plantation owners.”

Next up was McCain, who lives in DC, where yesterday’s shooting took place. She shared her expertise on the matter, discussing Mayor Muriel Bowser’s lack of control over the nation’s Capitol and her own fears about the rise in violence.

“Look, the shooting that just happened yesterday was 30 rounds, which is a lot of rounds to be shot,” McCain said. “DC has a huge problem. Muriel Bowser has to do something. I know, just anecdotally from talking to people who live here in DC, how furious they are, it seems crime is getting out of control and this is getting worse and worse in different areas.”

Still, that doesn’t mean McCain’s changing her supportive tone with the NRA and the Second Amendment in America, and she wasn’t afraid to push back against her co-hosts earlier arguments: “I’m a gun owner, I’m an NRA member, and I’m proud to be both,” McCain then announced, addressing the elephant in the room.

After making her stance clear, McCain seemed to take a slight jab at her co-hosts, bringing her gun expertise to the forefront of the discussion.

“I never want to be lectured to by people who don’t own guns, who didn’t grow up in gun culture, who don’t understand why women like me want to be armed, want to feel safe in my home, want to know that if there was an intruder that my husband would be able to protect me and my baby,” she said, rattling off her reasons. “It’s a very hard thing for people to understand that don’t believe in it, and it’s one of the most polarizing issues in the United States of America.”

Was McCain referring to her co-hosts, or is she just feeling passionate about the topic in general? The co-host concluded her argument with a hefty statement about her relationship to the Second Amendment.

“Going forward, I will always vote for any person and any party that continues to defend the Second Amendment, no matter what happens,” she said. “It is the cornerstone of who I am and what I think America should be.”

Where to watch The View