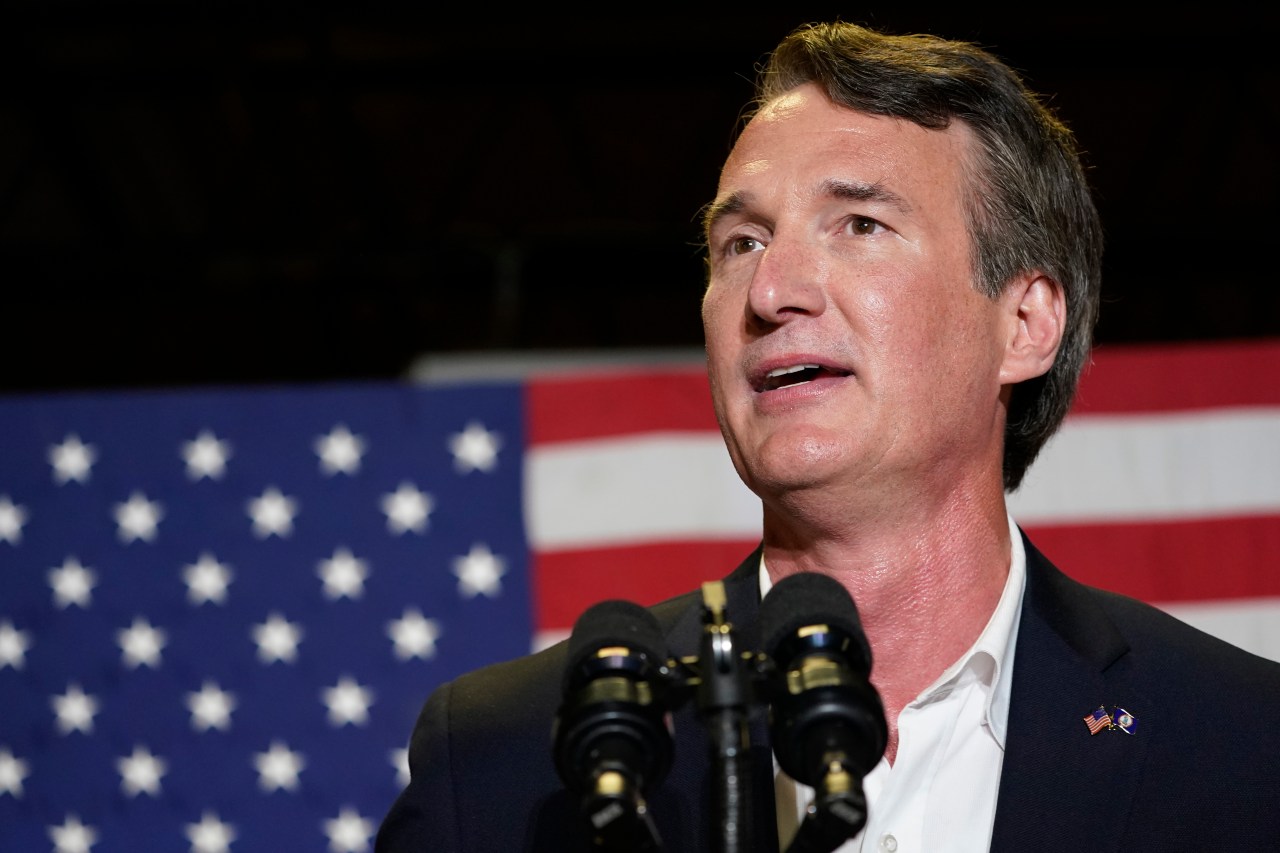 The gun rights group shared its support for Del. Jason Miyares (R-Virginia Beach) in the attorney general’s race and Winsome Sears in the race for Virginia lieutenant governor, opting against an endorsement of Youngkin.

“Jason Miyares and Winsome Sears are strong advocates for the Second Amendment and are committed to protecting our fundamental right to keep and bear arms,” NRA Political Victory Fund Chairman Jason Ouimet said in a statement Thursday.

Unlike Miyares and Sears, two candidates who have received high ratings from the NRA, Youngkin’s standing with the gun lobbying group has come into question. After not filling out a candidate survey, the NRA gave Youngkin a “?” grade when releasing ratings for statewide candidates in April.

In 2001, the gun advocacy group declined to endorse GOP candidate Mark L. Earley in the governor’s race but has since backed the previous four Republicans running for Virginia’s top job.

The NRA has not yet responded to a request for comment.

Youngkin was not available for an interview Friday, a campaign spokesperson said, but a statement shared with 8News said he will aim to keep guns away from criminals if elected governor.

“Terry McAuliffe may want to confiscate legally owned firearms now, but as governor he made it easier for felons to get guns,” Matt Wolking, a Youngkin spokesperson, said in a statement. “When Glenn Youngkin is governor, he will work to make it harder for criminals to get guns, not easier.”

During a GOP forum in April, gubernatorial candidates were asked which gun legislation they would support that would “simultaneously protect the safety and the constitutional rights of Virginians.”

Youngkin said he would not support any gun legislation measures and would “push back” on the efforts from Democrats.

“I’m a gun owner. I’m a lifetime member of the NRA. I understand what it means for the people to have the right to keep and bear arms. And as your governor, we will not just stand back, but we will push back,” he said when asked at the forum.

While Youngkin has spoken out against gun control legislation passed under the Democratic-controlled Virginia General Assembly, his campaign has not shared any specific policy proposals on its website.

Rich Meagher, an 8News political analyst and associate political science professor at Randolph-Macon College, said Youngkin is “in a tough spot” as he tries to appeal to the Republican base in rural areas of Virginia, where Meagher said gun culture is more important, while also trying to pick up voters in the suburbs.

“The suburbs are becoming more and more like the cities. In terms of their culture, in terms of their policy issues and in terms of the kind of people who live there. So, Youngkin’s trying to have his cake and eat it too,” Meagher said in an interview Friday. “He wants to appeal to the base, and he’ll talk about gun rights. But he isn’t willing to go out on a limb and say this is what I support or I’m strongly for this stuff that’s important to the Republican base, cause he’s concerned about turning off those middle ground voters.”

Youngkin did reveal concerns over criminals getting access to firearms during the forum in April, citing an ongoing “mental health crisis” as a key, unresolved issue that continues to impact the work of law enforcement.

“I think one of the biggest problems we have around the Second Amendment is the people’s misunderstanding of where the problem is,” Youngkin said then. “And the problem is, in fact, with criminals and with mental health.”

Youngkin’s Democratic rival in the governor’s race, Terry McAuliffe, has called for an assaults weapon ban and other gun-control reforms on the campaign trail.

“Whether he’s bragging about his love for the NRA and opposition to gun safety measures, or plotting to ban abortion and defund Planned Parenthood, Virginians know Glenn’s agenda is wrong for the Commonwealth,” Democratic Party of Virginia spokesman Manuel Bonder said in a statement.

Even though Youngkin didn’t pick up an endorsement from the NRA, it’s not clear whether the group will issue one for him before the Nov. 2 general election. While Meagher doesn’t believe Republican voters will look at Youngkin as if he were not in their corner on gun rights, he said questions about how passionate he is on the subject may creep up ahead of the election.

“I don’t think that anybody at the NRA thinks Youngkin is some kind of enemy. And I don’t think any gun rights supporters really think that Youngkin is going to sell them out or anything like that. He’s going to be a Republican and support gun owners and gun rights,” Meagher said. “But he’s not willing to commit to it that strongly and that raises a little bit of doubt, and it might make voters a little less enthusiastic about voting for him.”

When You’re Not Looking – 27 East
Opinion | How many nutty stances can the Republican Party take?
ILA | California: Appropriations Committees Pass Anti-Gun Bills to Floor
In Their Own Words: Schultz, Stauber offer their views on mining, guns, energy, police – Duluth News Tribune
This Republican, NRA gun owner has had enough