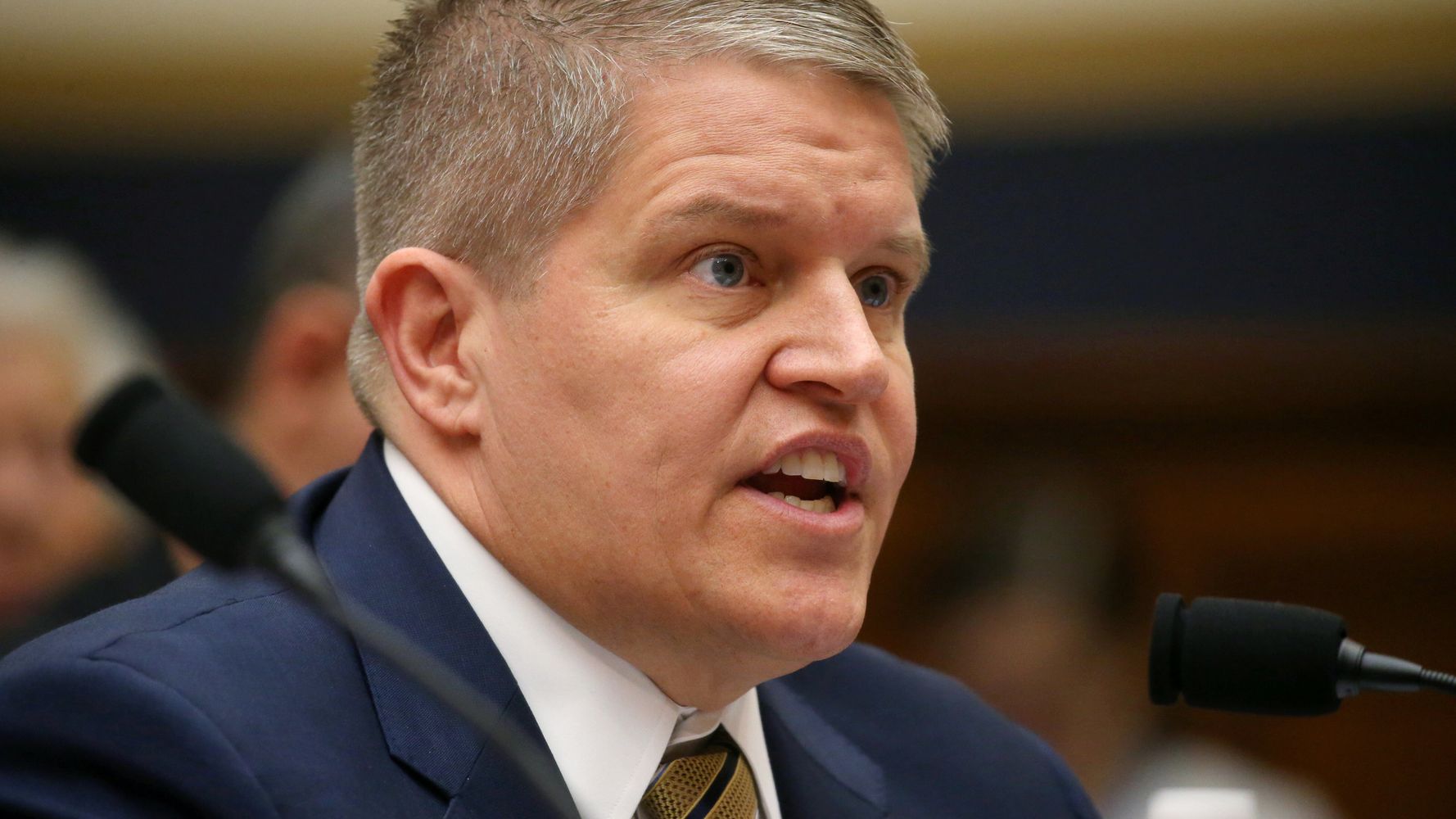 President Joe Biden’s nominee to lead the nation’s gun regulator is heading toward a bitterly close vote in the Senate after facing fierce opposition from a leading firearms trade group, sources watching the nomination said.

Gun control advocates have long been optimistic about the nomination of David Chipman to lead the Bureau of Alcohol, Tobacco, Firearms and Explosives, in part because the National Rifle Association ― long the leading political warrior for the gun lobby ― is battling bankruptcy and is politically weakened.

But the National Sports Shooting Foundation has rallied vociferous opposition to Chipman, deploying rhetoric that echoes the NRA’s regular apocalyptic warnings about a forthcoming collapse of gun rights and threatening to derail a key plank of the Biden administration’s plans to tamp down on gun crimes.

The group said its higher-profile role in the fight over Chipman’s nomination, including running its first-ever television ads, was not an attempt to step up in place of the hobbled NRA. While the NRA sees itself as a civil rights group, the NSSF is a trade organization representing gun manufacturers, distributors and dealers. And it views Chipman’s nomination as a direct threat to its business, which has boomed since the beginning of the coronavirus pandemic.

“We’re in the business of making sure our members can do business,” said Mark Oliva, the group’s director of public affairs. “[Chipman] has gone before Congress in his present role to advocate for regulations and laws that we believe are unconstitutional and would have a significant detriment to our ability to sell our product.”

Chipman is a former ATF agent who has become a gun control advocate and now works for the gun violence prevention group Giffords, where he’s pushed for a renewed assault weapons ban and universal background checks. His nomination is a key part of the Biden administration’s plans to combat a rising wave of gun violence by empowering the ATF to crack down on illegal gun trafficking and gun dealers who violate federal law.

“As you all know, ATF is on the front lines of our efforts to battle gun violence,” Attorney General Merrick Garland, who has led many of the administration’s gun violence prevention efforts, said during a visit to the agency’s headquarters in Washington, D.C., on Thursday. “We are very hopeful that the Senate will soon act.”

I think members understand this is a highly controversial position. It has been left vacant because Republicans and Democrats couldn’t find somebody to fill the slot, so it’s no wonder that we’re having some difficulty.
Senate Majority Whip Dick Durbin (D-Ill.)

The NRA has avowedly and assiduously worked to weaken the ATF for decades ― pushing to limit the agency’s budget, barring it from digital data collection and opposing anyone nominated to lead it. The NSSF, by contrast, has supported the last two nominees to lead the agency, one under President Barack Obama and one under Donald Trump, and has long worked with the ATF on some safety initiatives. But the group views Chipman’s work at Giffords and other liberal groups as unacceptable.

“This would be the same as if President Trump had nominated [longtime NRA leader] Wayne LaPierre to run the ATF,” Oliva said. Oliva also suggested the NSSF would not oppose the nomination of Regina Lombardo — the current acting director of the agency — if Biden nominated her for the full-time position.

A handful of Democrats say they are still undecided on Chipman’s nomination, including Sens. Joe Manchin (W.Va.), Jon Tester (Mont.), Kyrsten Sinema (Ariz.), and Maine Sen. Angus King, who caucuses with Democrats. Gun control advocates believe they can convince at least one Republican to vote in support of Chipman, but only if all 50 Democrats back his nomination.

“You want to bring in somebody who can unite the ATF and bring them all together. We’re just working through that, make sure we have the right person,” Manchin told HuffPost on Tuesday.

Senate Majority Whip Dick Durbin (D-Ill.) acknowledged that political considerations were at play with some of his members. He did not say when the nomination would receive a floor vote.

“There’s a lot of issues,” Durbin told HuffPost. “I think members understand this is a highly controversial position. It has been left vacant because Republicans and Democrats couldn’t find somebody to fill the slot, so it’s no wonder that we’re having some difficulty.”

One Democrat whom Chipman opponents hoped to persuade, Sen. Jeanne Shaheen (D-N.H.), told HuffPost she would support the nominee.

The NRA has not been absent from the fight. The group retains an enormous membership, has spent millions on television ads in key states and has already spent more on federal lobbying in 2021 than it did in all of 2020. But gun control advocates said the NSSF’s role has surprised them and highlights the trade group’s increasing prominence.

So far this year, according to lobbying records, the NRA has spent $3.3 million and the NSSF has spent $2.7 million.

Ryan Busse, a former firearms industry executive who now works at Giffords, said the NSSF’s larger role highlights the extent to which the gun industry sings from the same hymnal.

“Those of us who have been inside the industry a long time know that there’s really no daylight between the industry and the NRA,” Busse said. “The NRA has always been there to take the heat for everything, but you could see the NSSF become the radical one.”

“I think the NSSF at first saw this as a way to scare people [and] drive more sales,” he continued. “But now they actually think they can actually knock [Chipman] out.”

Indeed, the NSSF’s critiques of Chipman borrow from the NRA’s over-the-top playbook. The group’s television ad directly claims Chipman wants to “ban guns,” something the ATF director does not have the power to do. NSSF has also paid for Facebook ads claiming “not a single major law enforcement organization” has backed Chipman, who has the endorsement of the Police Executive Research Forum and of groups representing Black and Hispanic police chiefs.

In a blog post, the NSSF’s top lobbyist discussed a photo of an FBI agent standing in front of the burned Branch Davidian compound in Waco, Texas, and falsely claimed it was a photo of Chipman, echoing an incorrect report that went viral in conservative media. (Chipman was not involved in the deadly siege at the compound, but was assigned to investigate what went wrong after the fact.)

Oliva said the NSSF deleted the paragraph mentioning the photo after learning the information was false.

The coronavirus pandemic has reshaped the country’s relationship with guns, with both sales and violent shootings rising ― though criminologists and law enforcement experts agree the two trends are not directly linked. One study from researchers at Harvard and Northeastern universities found roughly 6.5% of Americans bought a gun in 2020, compared to 5.3% in 2019, with roughly one-fifth of the buyers in both years buying guns for the first time. A Brookings Institution analysis found 3 million guns were sold in the first three months of the pandemic alone.

Homicides, meanwhile, rose in most big cities around the country in 2020, and have continued to climb in 2021.

Biden and Garland have leaned on the ATF as part of their response. Biden has directed the ATF to develop a rule cracking down on so-called “ghost guns” and has also pushed the ATF to immediately move to revoke the dealer licenses of gun shops that violate federal law by selling to a prohibited person or failing to run a required background check.

Public polling suggests Americans have a generally negative view of how Biden has handled crime and gun violence.