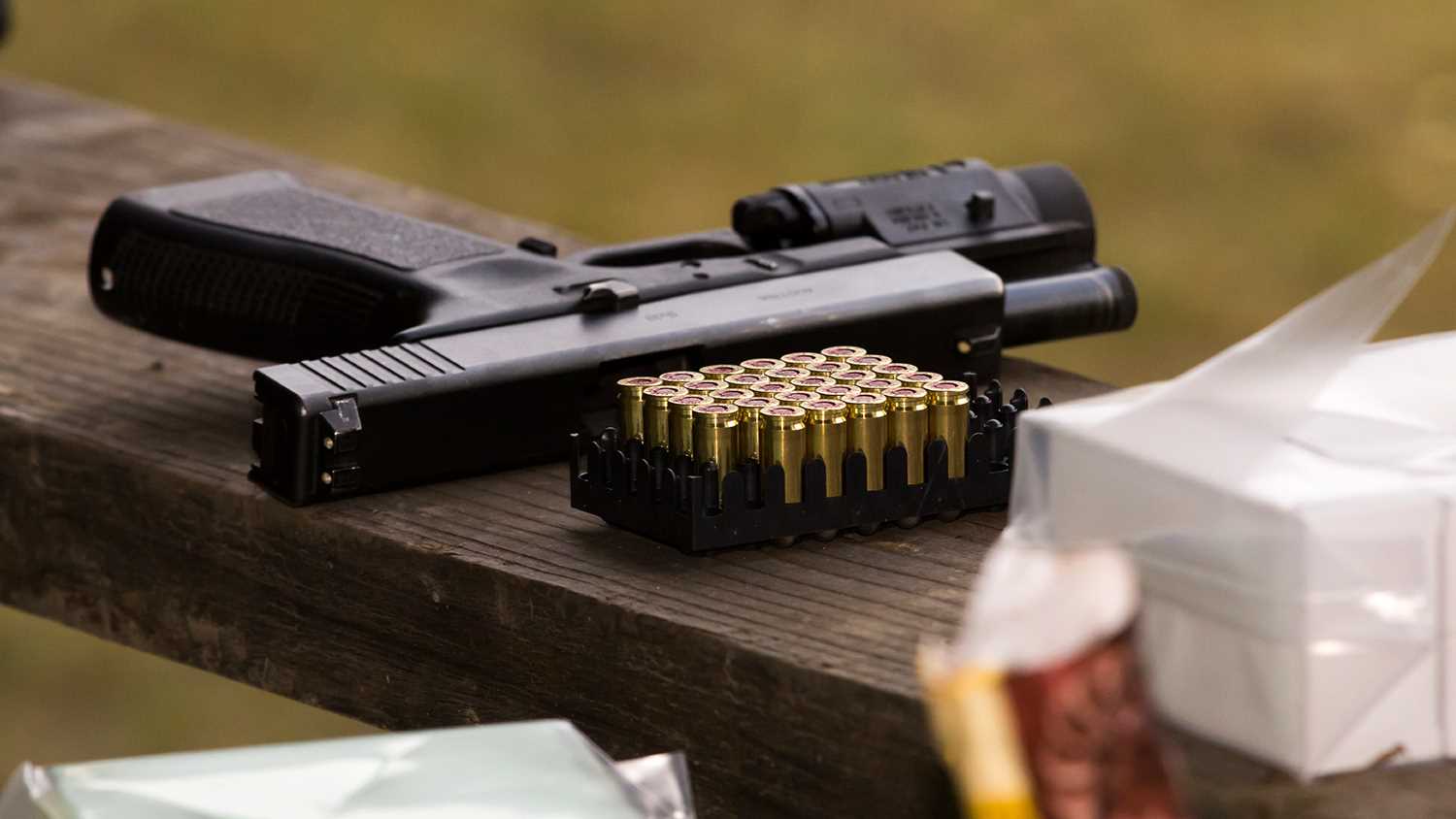 During a July 21 CNN “presidential town hall,” Joe Biden expressed his support for a ban on commonly-owned handguns. Responding to a question about the recent increase in violent crime, the career politician stated,

I’m the only guy that ever got passed legislation, when I was a senator, to make sure we eliminated assault weapons. The idea you need a weapon that can have the ability to fire 20, 30, 40, 50, 120 shots from that weapon, whether — whether it’s a 9-millimeter pistol or whether it’s a rifle, is ridiculous. I’m continuing to push to eliminate the sale of those things.

This wasn’t the first time Biden advocated for such a wide-ranging gun ban.

A November 2019 article in the Seattle Times chronicled Biden’s attendance at a pair of high-dollar private fundraisers in the Emerald City. While speaking to attendees at one of the soirees, Biden reportedly asked attendees, “Why should we allow people to have military-style weapons including pistols with 9mm bullets and can hold 10 or more rounds?” Biden also shared his tired claim that because there is a shot-shell restriction for migratory bird hunting, “We protect geese from Canada more than we do people.”

Hunters are limited to using shotguns capable of accepting three shells or less while hunting migratory game birds. Biden’s comment suggests that he supports restricting the number of rounds Americans are allowed to have in a self-defense firearm to three or less.

Biden’s proposed ban on commonly-owned semi-automatic firearms capable of accepting a detachable magazine is unconstitutional. The landmark Second Amendment U.S. Supreme Court case District of Columbia v. Heller concerned a complete prohibition on the ownership of handguns in Washington, D.C. The opinion made clear that the Second Amendment at a minimum protects the right to acquire and possess firearms “in common use at the time” for lawful purposes such as self-defense.

In the context commonly-owned semi-automatic rifles, Heller author Justice Antonin Scalia made clear that the Second Amendment prohibits governments from banning America’s most popular rifle – the AR-15. In 2015, Justice Scalia joined Justice Clarence Thomas in a dissent from the denial of certiorari in Friedman v. Highland Park, a case concerning a local ban on commonly-owned semi-automatic firearms. Justice Thomas explained,

Roughly five million Americans own AR-style semiautomatic rifles. The overwhelming majority of citizens who own and use such rifles do so for lawful purposes, including self-defense and target shooting. Under our precedents, that is all that is needed for citizens to have a right under the Second Amendment to keep such weapons.

According to ATF’s Firearms Commerce in the United States FY 2020, there were over 3.8 million pistols manufactured in the U.S. in 2018. This was more than 1 million more guns than the next most popular category of firearms, rifles. Further, nearly 3 million handguns (including revolvers) were imported in to the U.S. in 2017.

In its annual report on the U.S. firearm industry, Shooting Industry has reported that 9mm caliber pistols are the most commonly produced pistol and have been for many years. In 2018 alone, there were more than 2 million 9mm pistols produced in the U.S. Cumulatively law-abiding Americans own tens of millions of 9mm pistols.

At the same time semi-automatic handguns have become ubiquitous, support for a ban on handguns has plummeted. For six decades, Gallup has periodically asked Americans “Do you think there should or should not be a law that would ban the possession of handguns, except by the police and other authorized persons?” In 1959, 60 percent of respondents supported such a ban. In 2020, a mere 25 percent supported this unconstitutional measure.

Perhaps if Biden had spent more time studying, and less time transcribing, in law school he would have a firmer grasp of Constitutional law. As it stands, gun rights supporters will need to educate Biden and his political allies at the ballot box.